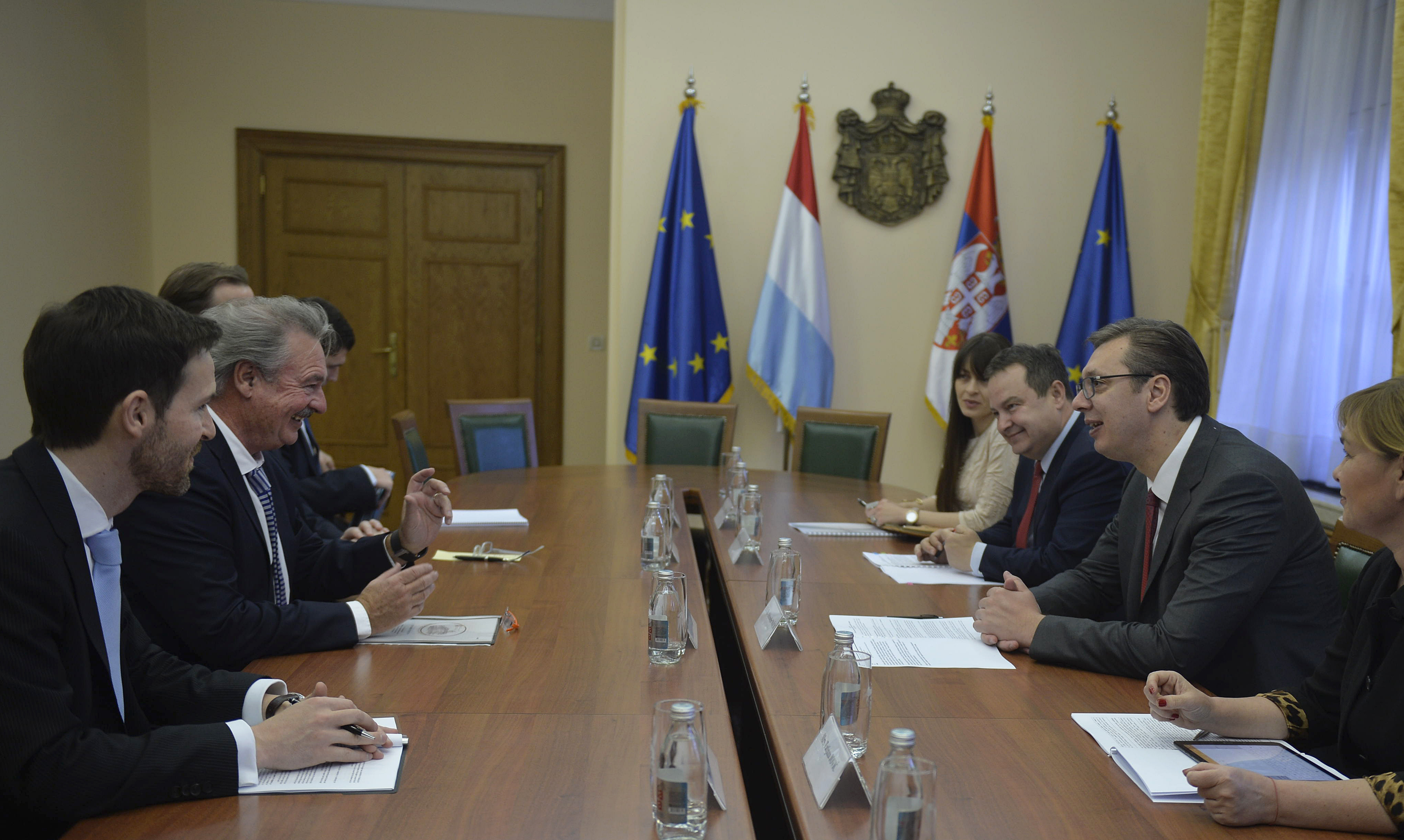 BELGRADE – Serbia will soon open Chapter 29 in its EU accession talks, which relates to the customs union, with four more chapters ready, Luxembourg’s FM Jean Asselborn said Wednesday, noting that Serbia’s EU path did not depend on Brexit, Tanjug reports.
At a press conference following a meeting with Serbian FM Ivica Dacic, Asselborn said Brexit was a European issue, but also one that was related to the Western Balkans.

Brexit is not something that can destroy the enlargement process, but everyone must make efforts and progress on that path, he said.

The EU is not only a common market but a peace project, said Asselborn, reminding that the 2003 Thessaloniki Declaration made it possible for every Balkan country to join the EU.

The problem between Belgrade and Pristina is not the biggest or the only one as there are other problems elsewhere in the region, he said.

PM Marković: There was no doubt in US support to Montenegro's accession to NATO