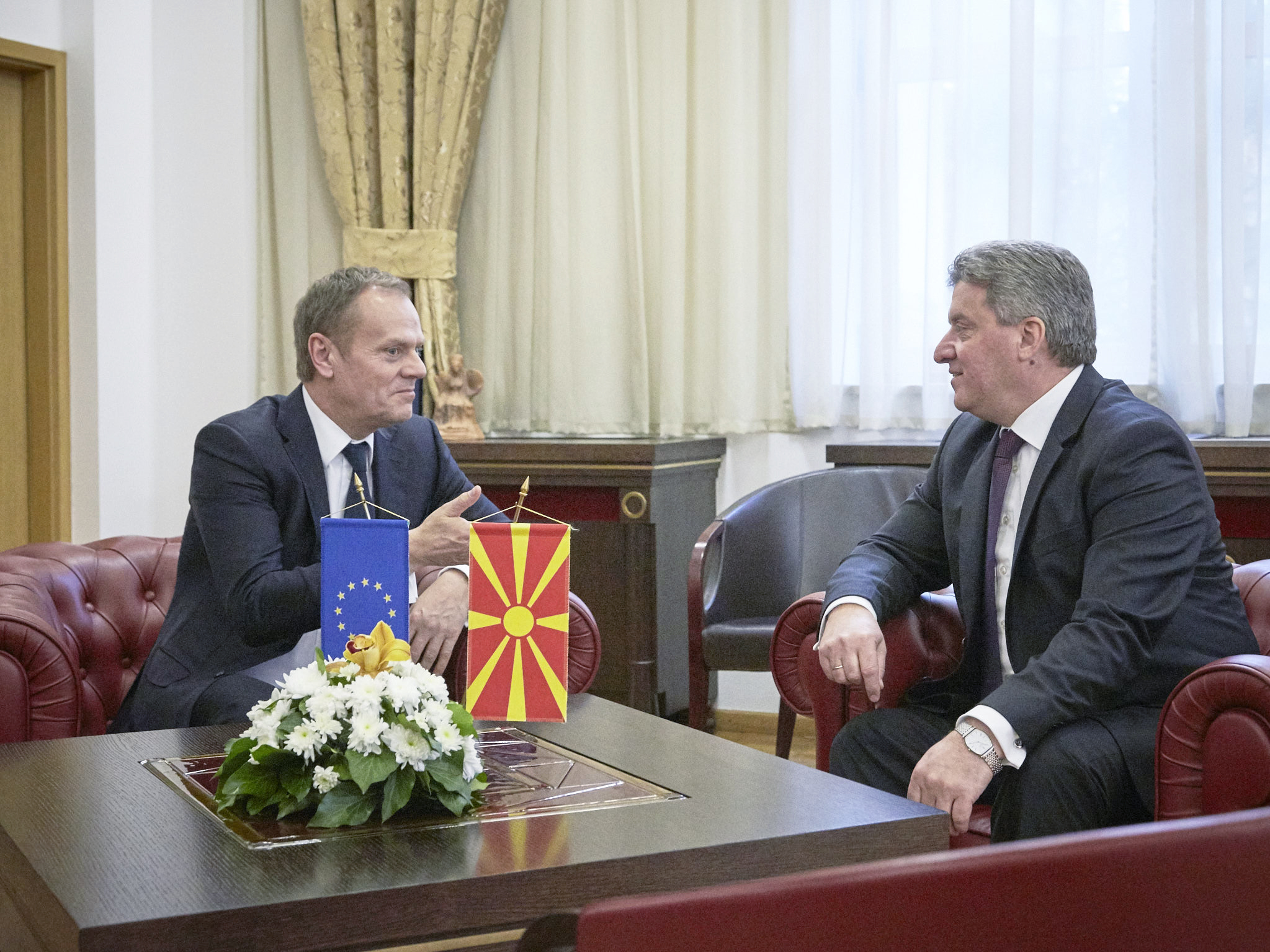 KOPJE – The President of the European Council, Donald Tusk, Monday afternoon will meet with the President of Macedonia, Gjorge Ivanov. The main focus of the meeting will be the migrant crisis, Macedonia’s role in the crisis, but also, the political situation in the country, Meta reports.

The President’s cabinet announced that Ivanov will introduce Tusk to the political situation in the country, and they will discuss the European perspective of the region.

According to the agenda, Tusk is expected to arrive at 13.55 at the President’s cabinet. At 14.00 a face to face meeting between Ivanov and Tusk will start and half an hour later there will be a plenary meeting between the two delegations.

Ten days ago, President Ivanov cancelled his meeting with European Commissioner for Neighbourhood Policy and Enlargement Negotiations, Johannes Hahn, allegedly due to a trip to Hungary, and announced instead that representatives from the civil initiative “For a United Macedonia” take his place and meet with the Commissioner.

Who is using and forcing all of Macedonia’s attributions?