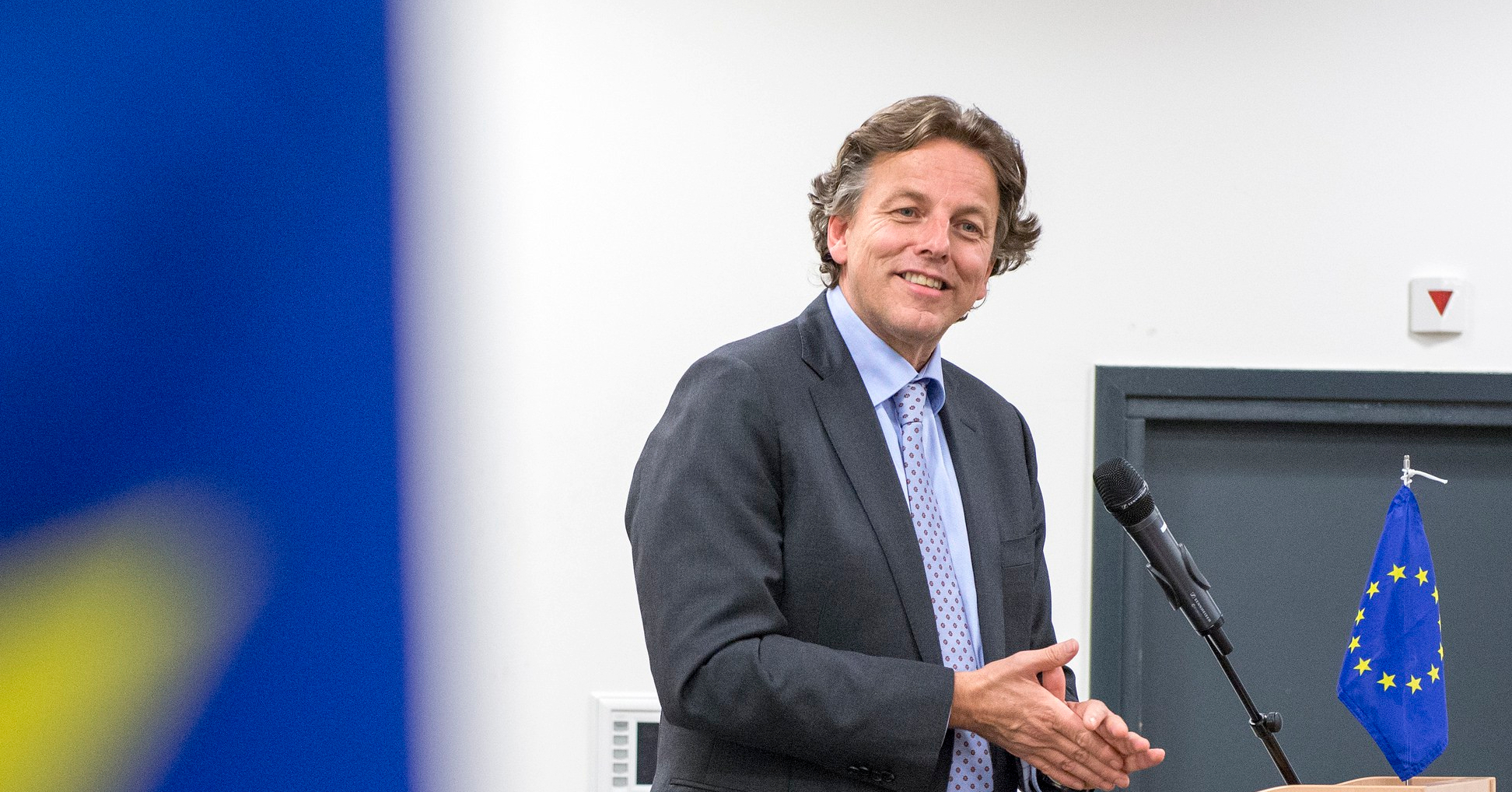 Bert Koenders; Photo: Flickr/Ministerie van Buitenlandse Zaken
PODGORICA – During the five years of the EU accession process, Montenegro made a notable progress not only in the area of planning and organisation, but also in terms of meeting the requirements within the negotiation process, Minister of Foreign Affairs Aleksandar Andrija Pejović and Minister of Foreign Affairs of the Netherlands Bert Koenders highlighted at the Tuesday’s meeting, Government of Montenegro stated.
Dutch Minister Koenders commended Montenegro for the results achieved so far, stressing that the Netherlands will continue supporting the EU enlargement policy, thus providing Montenegro support in implementing the reforms and making progress towards the EU membership, particularly when it comes to the rule of law, agriculture and finance.
Minister Pejović thanked Minister Koenders for the overall support of the Netherlands to Montenegro and presented the results Montenegro achieved so far in the EU accession process. He explained that that the work on reforming the legislative framework is completed, required institutions established and capacities of employees strengthened. In that regard, Montenegro has met preconditions for achieving progress in this area, he added.
Minister Pejović informed Minister Koneders about the forthcoming plans for opening of the remaining negotiation chapters, noting that Montenegro has implemented all the requirements related to meeting the benchmarks. In that regard, he presented the Government’s key activities and priorities for 2017, which will create space for making progress and good results in the EU accession process. Therefore, Montenegro will conduct an intensive process related to temporarily closing the negotiation chapters, Minister Pejović pointed out.
The two officials agreed that even though the EU is facing numerous internal and external challenges, it remains present at the Western Balkans and committed to integration of the whole region into the European family of states and nations. They particularly emphasised Montenegro’s role in preserving and cherishing good neighbourhood relations and regional stability, as well as support the country provides to its neighbours in pursuing the EU path.
Koenders also met Minister of Foreign Affairs Srđan Darmanović for talks on bilateral cooperation between the two countries.
Minister Darmanović said that the visit of Dutch Minister Koenders is important for strengthening political dialogue between Montenegro and the Netherlands, adding that it clearly demonstrates the willingness of the Netherlands to continue supporting Montenegro towards its European and Euro – Atlantic path.
Minister Darmanović thanked Minister Koenders for the continued support of the Netherlands to Montenegro in pursuing its foreign policy priorities, stressing the importance for intensifying cooperation and communication between the two countries in the coming period.
Ducth Minister Koenders highlighted that the Netherlands strongly supports Montenegro’s EU accession process, adding that Montenegro has an important role when it comes to the preserving peace and stability in the region.
The meeting stressed that the two countries cherish good bilateral relations which can be additionally strengthened in various fields of the joint interest. Having in mind that Montenegro is interested in attracting Dutch investors, the two officials agreed that Montenegro and the Netherlands should boost cooperation in economy, energy and tourism.
previous post

Bildt in Macedonia: Respect for democracy and Constitution will carry Macedonia forward