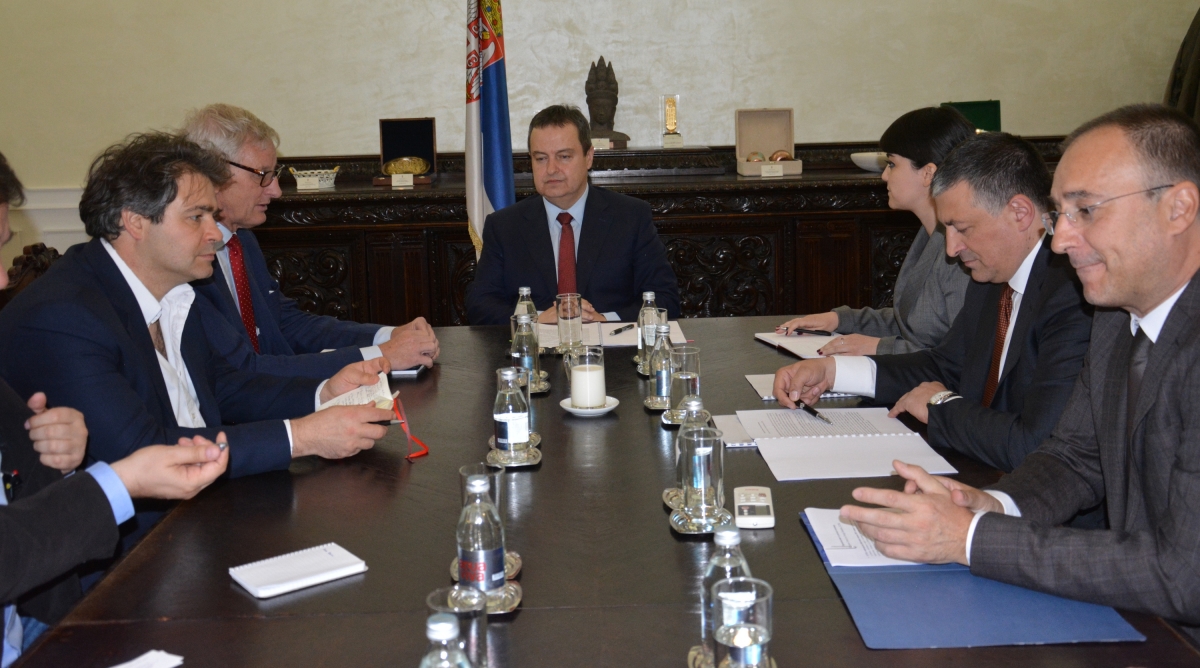 Meeting of Dačić and Bildt; Photo: Ministry of Foreign Affairs of Serbia

The Ministry of Foreign Affairs stated that the topics discussed at the meeting were the political and economic situation in the region and Serbia, as well as the process of European integration of Serbia.

Dacic reiterated that our country is strategically committed to membership in the European Union, and both sides concluded that Serbia is a source of stability in the region.

The First Deputy Prime Minister briefed his interlocutors on the recent presidential election in Serbia and assured them that Serbia will continue with the current policy, based on European integration and good relations with its neighbours.

ECFR is an international think-tank, founded in 2007, which aims to be a forum for exchange of views and ideas on key issues of international relations from a European perspective.

The delegation included President of the Centre for Liberal Strategies Ivan Krastev, British diplomat and former adviser to the European External Action Service (and mediator in technical dialogue between Belgrade and Pristina) Robert Cooper, Programme Director at the ECFR Sofia Office Vesela Cerneva, director and founder of ECFR Mark Leonard and Director of the Wider Europe Programme (one of the areas of research of ECFR) Fredrik Wesslau.

Joint solutions for stabilisation of business operations of “Agrokor Group”