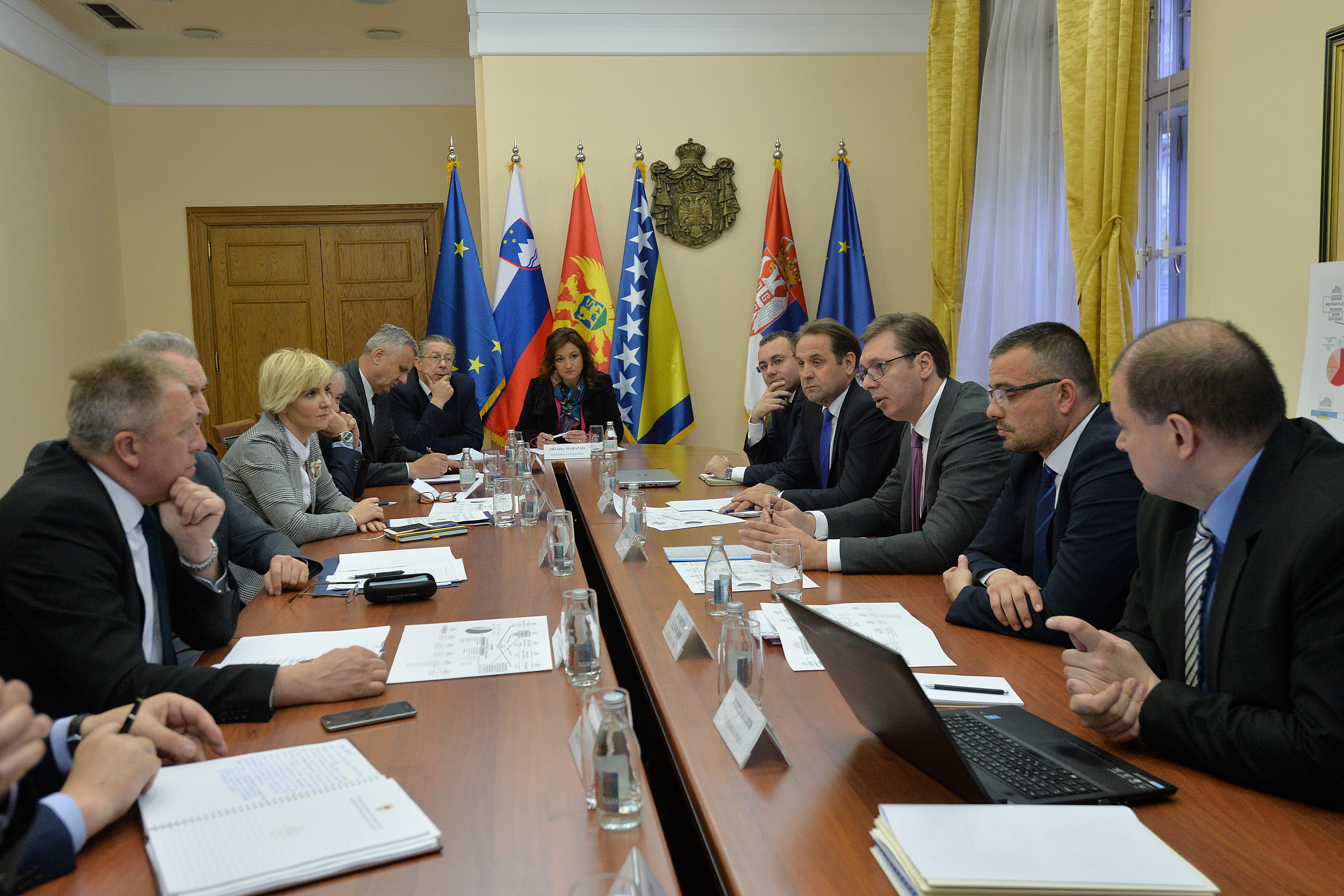 Meeting of the governments' officials in Belgrade on Agrokor Group; Photo: Tanjug/Zoran Zestic

BELGRADE – Serbian Prime Minister Aleksandar Vučić, Deputy Prime Minister and Minister of Trade, Tourism and Telecommunications Rasim Ljajić and Minister of Agriculture and Environmental Protection Branislav Nedimović spoke today with the ministers of trade and economy of Slovenia, Montenegro and Bosnia-Herzegovina about the current situation regarding business operations of “Agrokor Group”.

According to a statement by Serbian Ministry of Trade, Tourism and Telecommunications, the participants in today’s meeting who are aware of the importance of “Agrokor Group” for all countries in the region, as well as its impact on the economy of each country and share of GDP, and who support the efforts which the Croatian government invests in stabilising the business operations of “Agrokor Group”, in order to protect the interests of all employees and suppliers, made several conclusions.

1. They formed a ministerial team that will have daily communication in order to exchange information and undertake joint activities to preserve jobs, the interests of suppliers and stable business operations of the companies that are part of “Agrokor Group” in each country,

2. Each country will implement the control of financial and commodity flows of the companies that are linked to “Agrokor Group” in accordance with the laws applicable in the four states,

3. It is expected that the new manager of ““Agrokor Group” appoints independent experts for a successful restructuring of the companies within the Group,

4. It is expected that the new administration of “Agrokor Group” applies an equal treatment to all suppliers, both in Croatia and outside Croatia.

5. They expressed readiness for talks with representatives of the Croatian government aimed at finding joint solutions for the stabilisation of the whole “Agrokor Group”.

Kocijančič: Macedonian Parliament Speaker must be elected urgently and uncertainty must end