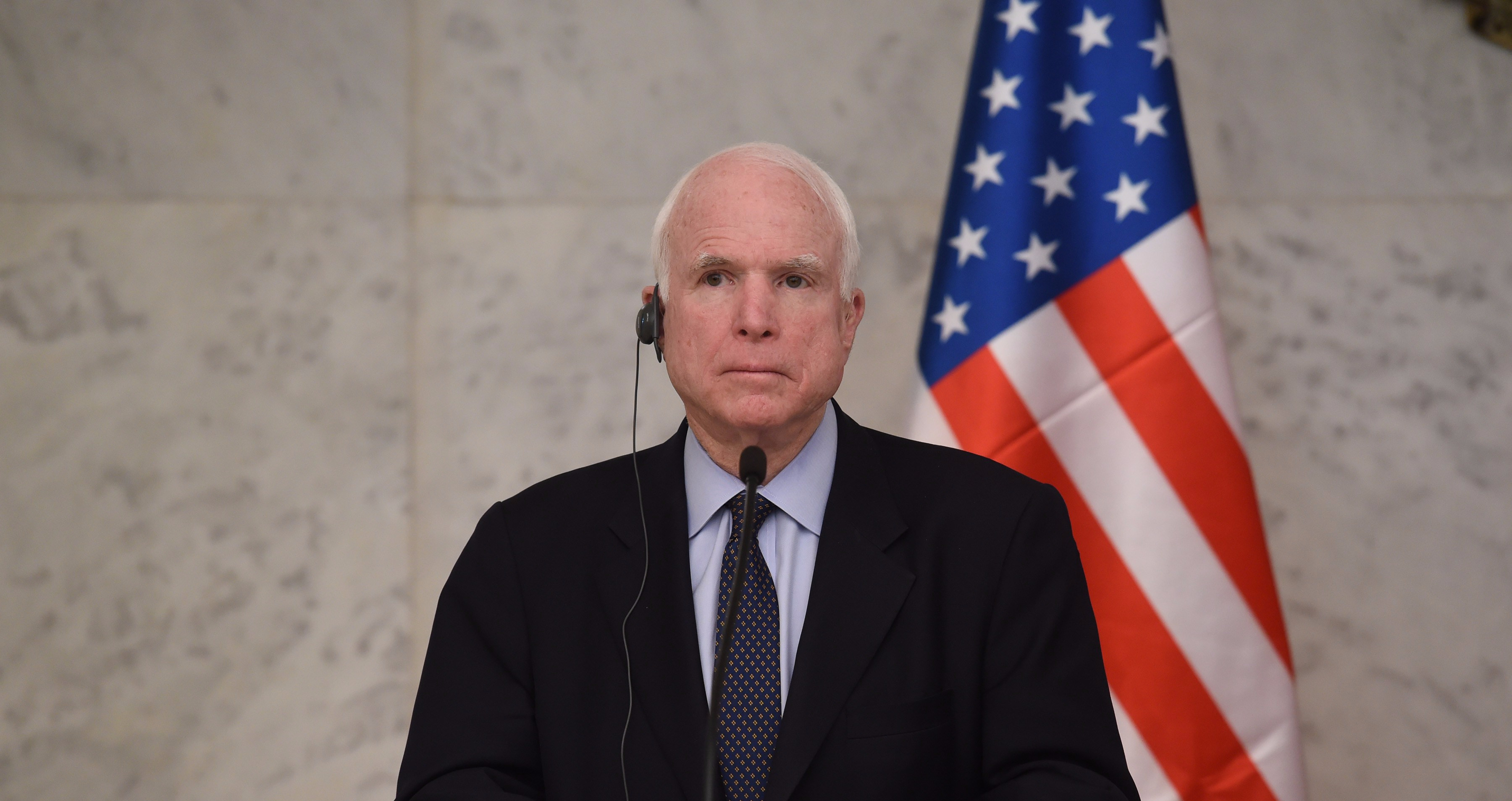 BELGRADE – United States Senator John McCain, veteran of American foreign policy, conducted during the last fortnight a series of meetings with relevant actors across the Western Balkans. His visit was dedicated to strengthening bilateral relations and discussions of Euro-Atlantic perspectives for the region. The topics of these meetings varied, as do the issues in different countries, but were geared towards reassuring heads of states in firm commitment of the current administration to the neighborhood. McCain is the chairman of the US Senate Committee on Armed Services and was a staunch supporter of Croatian, Albanian and Montenegrin paths towards NATO membership.

In his visit, Senator McCain extended the support that United States of America offers to the Western Balkans region. During this tour, Senator McCain also met with selected members of the civil sector, with which he talked about issues such as rule of law, regional stability and security, and efficiency of the institutions in charge of communication with the non-governmental actors.

Underlying message of this high-profile visit was that the United States of America wants to pursue the continuation of its current official policy for the region. This policy implies firm support to the EU accession process for all the countries in Southeastern Europe and their gradual integration in NATO, through Individual Partnership Programs or Membership Action Plans. Second main message that Senator McCain iterated during every visit was that the USA is concerned with “growing Russian influence in the region”, exemplified with last year’s coup attempt in Montenegro, which was linked with Russian security operatives. He also thanked the countries involved in peacekeeping missions across the world or the fight against ISIS through counter-terrorism operations. These messages were not strictly protocol or ceremony as, for instance, McCain publicly criticized widespread corruption present in all the countries of the Balkan Six and provocations and miscommunications in Belgrade-Pristina dialogue.

John McCain started his tour in Slovenia, where he visited Slovenian Prime Minister Borut Pahor. At this occasion he expressed his appreciation for Slovenia’s contributions to international coalitions, from Kosovo, through Afghanistan to the fight against ISIS.

Day after, McCain visited Croatia. Croatian President and Prime Minister met with the Senator in Opatija and Dubrovnik, where they discussed the situation in Southeast Europe and security cooperation, but also the current developments in the Syrian civil war.

In Serbia, McCain congratulated Prime Minister Aleksandar Vučić on his recent presidential elections victory and said that “upon (his) return to the US his message to the colleagues in the Senate, the President and the American people will be that everything that is happening in Eastern Europe is of vital importance to the national security of the US”. Unresolved political crisis in Macedonia was also a topic of discussion, and it was agreed that “preservation of stability and peace in the Western Balkans is of crucial importance for the region”.

In Bosnia and Herzegovina, in his meeting with local and foreign dignitaries, he underlined vast importance of regional cooperation and security integration.

At Kosovo, Senator McCain met with Prime Minister Isa Mustafa, Speaker of the Parliament Kadri Veseli, and has also addressed the Assembly of Kosovo. In his speech he said the Kosovo Security Forces that should transform into an army through constitutional changes, and that it should be a “gradual, inclusive process with the engagement of all communities.”

During McCain’s meeting with Albanian politicians, President Bujar Nishani assured US emissary of Albania’s commitment to meet the defense spending obligations to the North Atlantic Alliance. McCain also met with Prime Minister Edi Rama and highlighted the US-Albania military partnership, the importance of the ongoing judicial reform and efforts in combating ISIS.

In Montenegro, Senator McCain commented that „Russian behaviour in the region was not acceptable“, and has extended support for the Montenegrin membership in NATO, previously approved by the US Senate.

Will participation in the Census improve the position of the Albanian minority in Serbia?