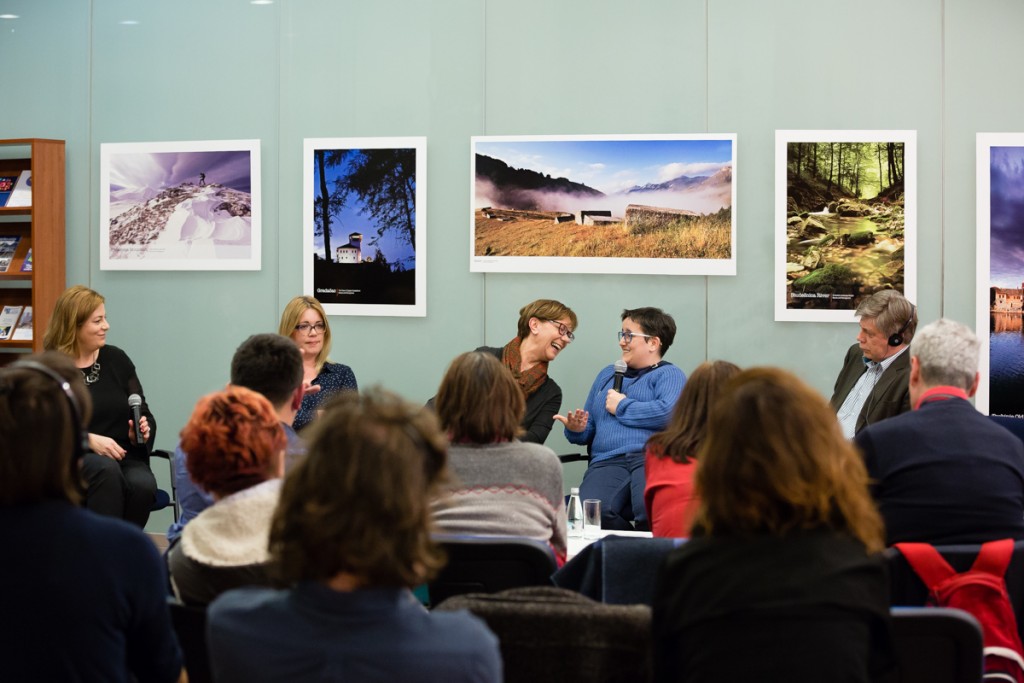 SARAJEVO – To mark the World Book and Copyright Day (23 April), the EU Info Center in BiH hosted three prominent female authors on the topic of literary mapping of women in Bosnia and Herzegovina and the region titled “Uknjižene” on 18th April, the EU Delegation in BiH stated.

Devoted to female authorship, the literary evening was opened with the extracts of works of the authors Ferida Duraković and Lejla Kalamujić from BiH and Maja Ručević from Croatia, in the interpretation of the actor Sanin Milavić.

“Women play an important role in our society, therefore, it is particularly important to encourage the creative work of women writers, poets and cultural workers in general”, said Ambassador Lars-Gunnar Wigemark, Head of EU Delegation to BiH and EU Special Representative in BiH. Speaking about the European Union’s commitment to supporting culture, Ambassador Wigemark reminded of the European Union’s programme Creative Europe, which also funds the European Union Prize for Literature. “It is worth to mention that a prominent author from Banja Luka, Tanja Stupar-Trifunović, was awarded the prize for her novel last year“, said Ambassador Wigemark, also reflecting on the recent poetry evening in the EU Info Centre as one of his most rewarding experiences in BiH.

On this occasion, Ambassador Wigemark read a short quotation “As a woman I have no country. As a woman, my country is the whole world” by Virginia Wolf, dedicated to the role of women writers in the reconciliation process.

Maja Ručević, a writer who recently published the novel “Je Suis Jednoruki” (engl. I am one-handed) underlined the lack of female writers in the benchmark lists.

“In Le Monde’s selection of the best one hundred books of the 20th century, only 12 works belong to female authors. It would be nice to use occasions like these as an inspiration to include more titles written by female authors in future lists”, Ručević said.

With her story collection “Zovite me Esteban” (engl. Call me Esteban), Lejla Kalamujić won the literary scene in the country and in the region. “I am very pleased to see that the number of female writers has increased in the last 10 years, actively contributing to the literary life in BiH and the region. Their work has always been an inspiration for me”, Kalamujić emphasized.

A multi-award winning poet, a short story author, a columnist and children’s book writer, Ferida Duraković expressed her satisfaction that the event represented an opportunity to approach the springtime regardless of everyday obstacles.

“I’m glad that at least, through literature and culture in general, we can feel the spring approaching us, regardless of politics, nations, commitments, wealth or poverty. We should all bear in mind that politics creates borders between people and countries, while literature knows no borders”, Duraković concluded.

UNESCO declared the World Book and Copyright Day at its General Conference in 1995 in Paris, which is marked annually on 23rd April. The Day celebrates the world literary achievements with the support of numerous publishers, bookstores, teachers and communication experts.

Bushati: There was an agreement with Gruevski which was rejected