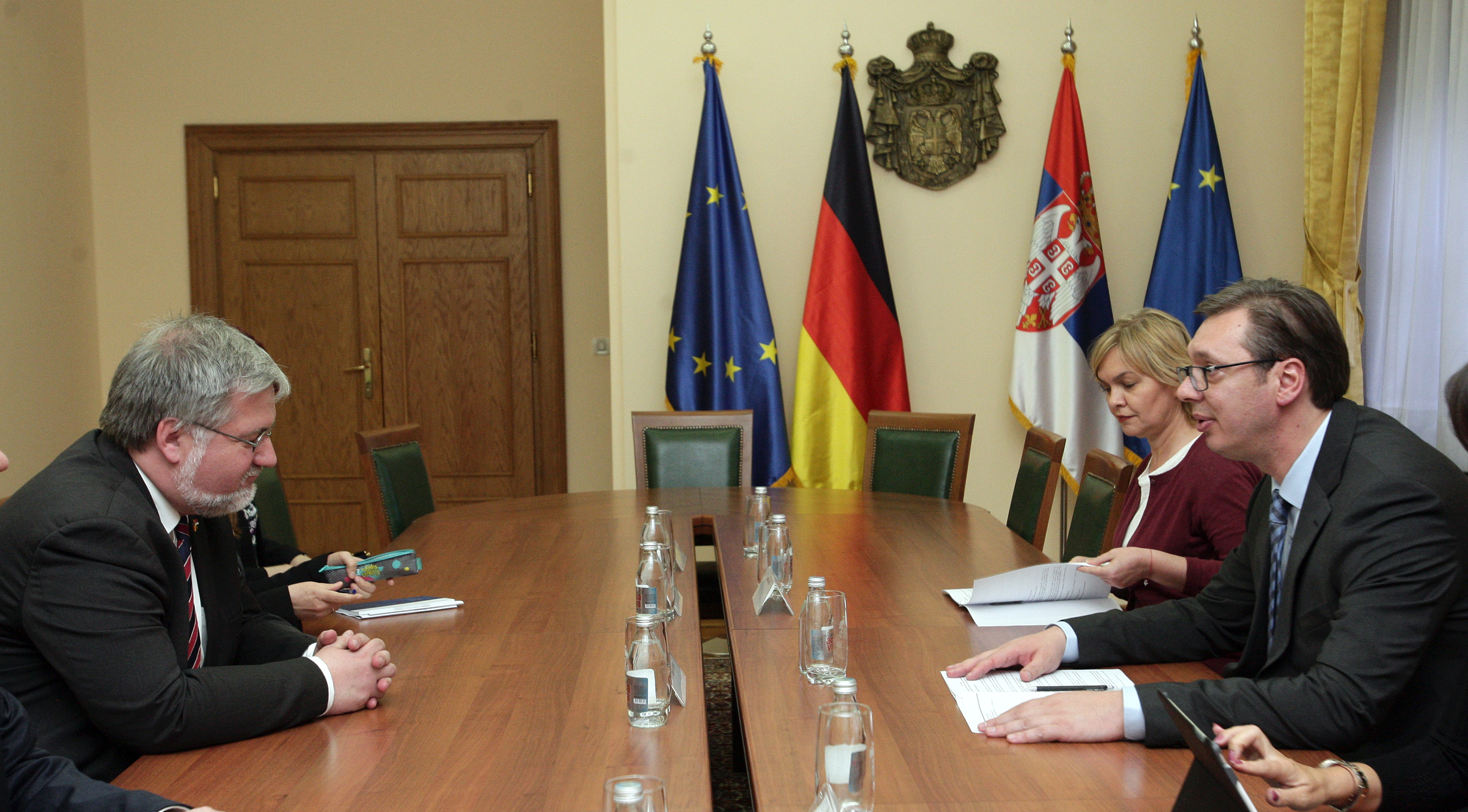 Stephan Albani and Aleksandar Vučić; Photo: Tanjug/Sava Radovanovic
BELGRADE – Serbian Prime Minister Aleksandar Vučić met Thursday with Chairman of the Group of friendship with the countries of Southeast Europe in the Bundestag Stephan Albani, with whom he discussed the situation in the region, Serbia’s EU integration and continuation of dialogue with Pristina, Serbian Government stated.

Regional stability is the most important for us and we will do everything to maintain it, Prime Minister Vučić said and underlined that for Serbia bilateral relations with Germany and its support to Serbia’s EU integration is of great importance, given the influence of Germany on the European and world political scene.

Albani has congratulated the Prime Minister on winning the presidential election. I am happy about the progress that Serbia has made in the last few years. Serbia is very important for peace and stability in the Balkans, he said.

The topic of the discussion was also the idea of establishing a customs union in the Western Balkans, which can be an incentive for new investments from Germany, as well as for improvement of business operations of German companies that already operate in the region.

German companies currently employ more than 35,000 people in Serbia. Vučić expressed hope that the number of employees will soon be increased.

Montenegrin MFA: There is no ”anti-Russian hysteria” in the country