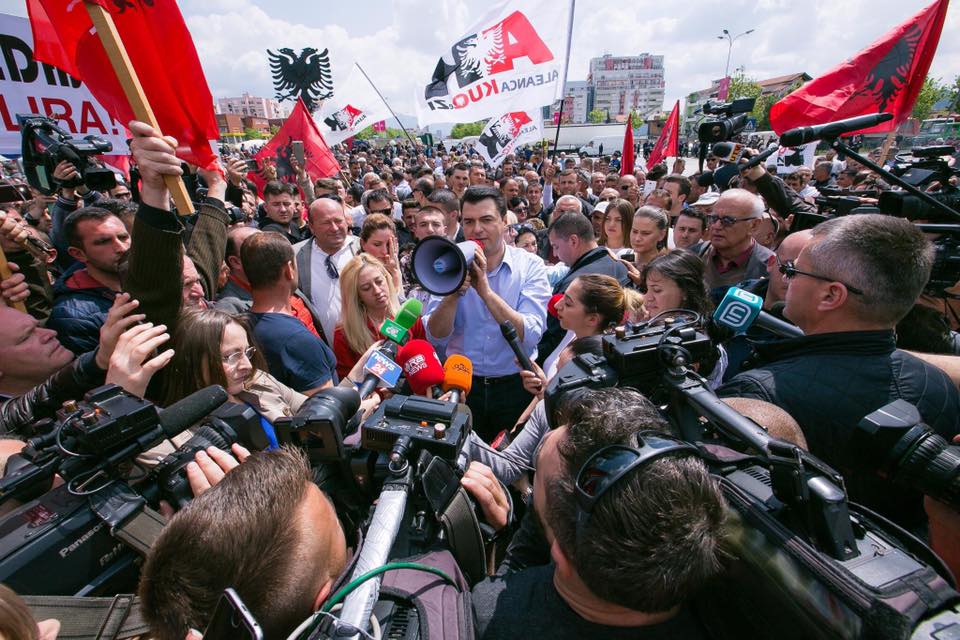 TIRANA – The Democratic Party and its allies announced the end of the one-hour protest by playing the national anthem. The protest happened peacefully without any incidents by blocking traffic in the main roads in Tirana and some towns in Albania, ATA reports.The centre of the one-hour protest, from 11:00 am to 12:00 pm, was ‘Eagle’ square (sheshi Shqiponja) where DP’s leader Lulzim Basha was present along with citizens and opposition MPs.

DP’s leader Basha reiterated the demand to establish a caretaker government to guarantee the fight against crime, vote and electric numbering as well as voting implementation of Vetting reform.

“God bless the Albanians. This was a warning that the determination of the civic unity is indispensable to guarantee free and fair elections,” declared Basha.

At the end of the protest he called on opposition supporters to sing the national anthem.

The protestors escalated their movement with blocking the main national roads in the North, South and Southeastern part of the country demanding a caretaker government that will organize free and fair elections. Arben Ristani, Edmond Spaho and Aldo Bumçi of the Democratic Party of the opposition were in charge for the smooth progress of the protest.

European Parliament resolution on the 2015 Report on Kosovo