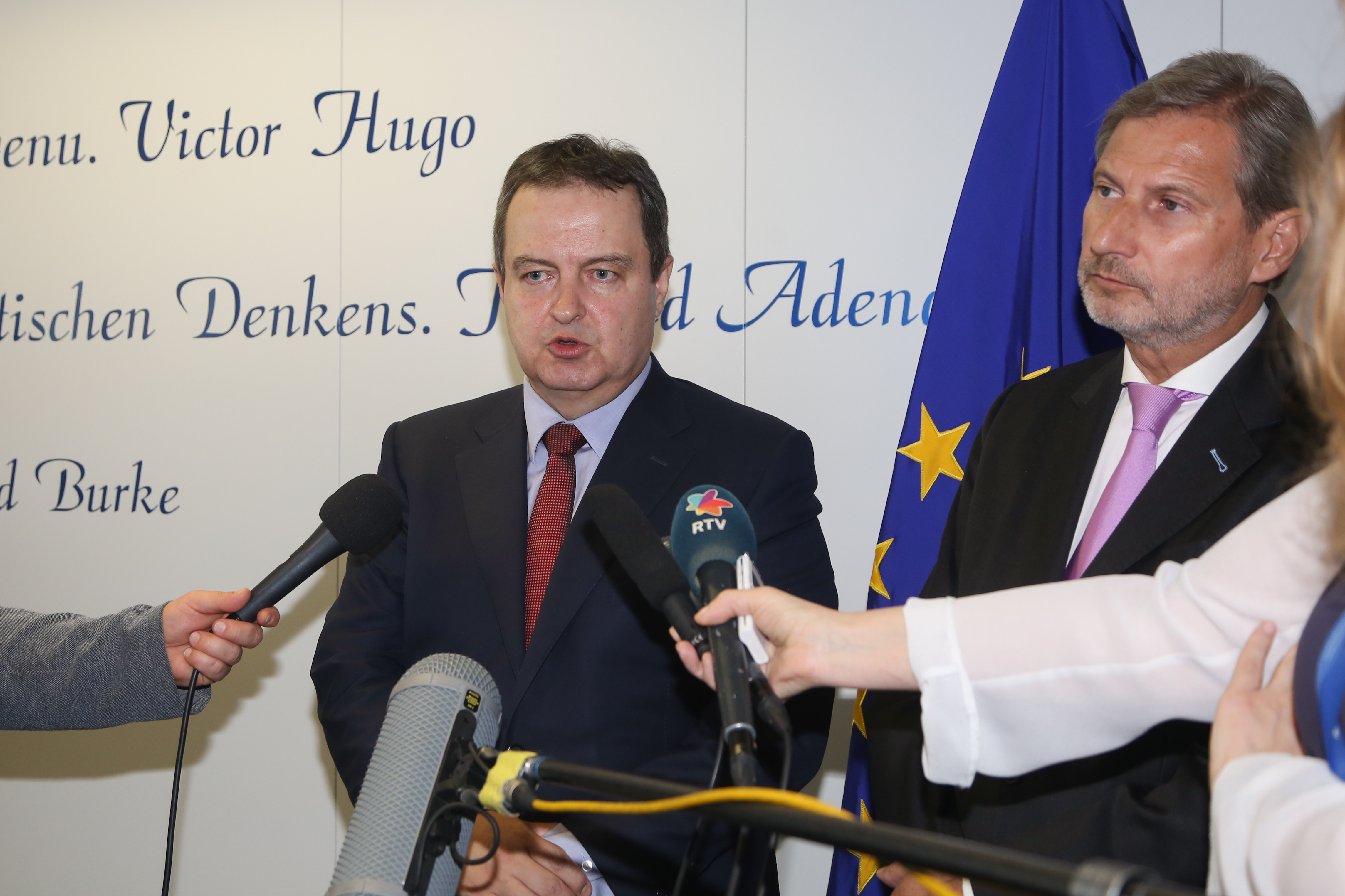 BRUSSELS – The goal of Serbia and the Western Balkans is to join the EU, which can only be achieved by taking long strides forward, rather than with incendiary statements returning the region to the past, Serbian FM Ivica Dačić said Monday, Tanjug reports.

After meeting with EU Enlargement Commissioner Johannes Hahn, Dačić said that, following the election of a new president and the formation of a new government, Serbia would continue to pursue its foreign policy priorities – most importantly, EU membership.

“We expect more negotiation chapters to be opened at the end of June, at the next intergovernmental conference. We are hoping there will be four of them,” he said.

Regional stability is the other foreign policy priority, Dačić said.

“The Balkans is seeking common interests, not a return to the past, incitement of conflicts or a threat to peace and stability,” he said.