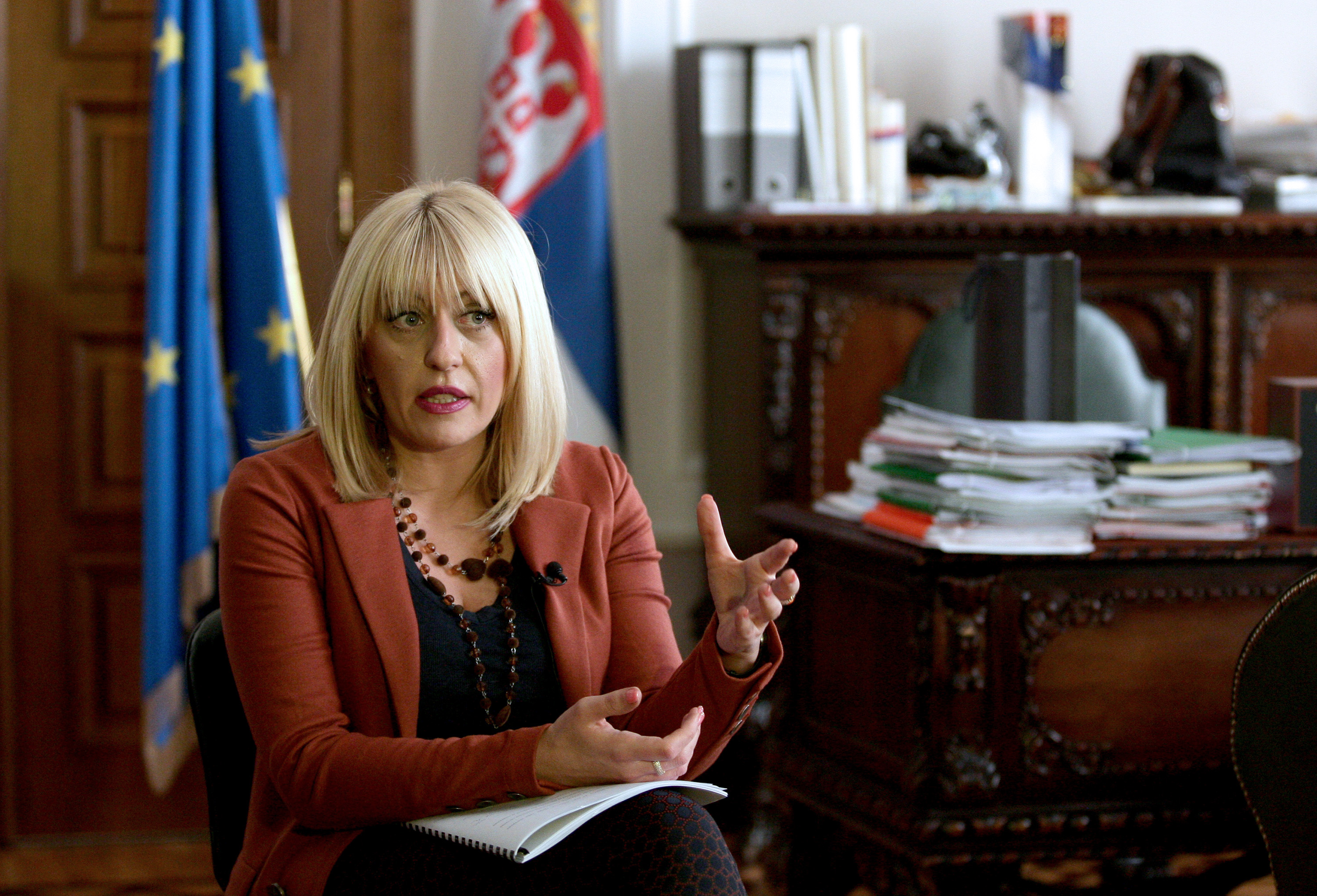 Jadranka Joksimović; Photo: Tanjug/Sava Radovanovic
Belgrade, 24 April 2017 – Serbian Minister without portfolio in charge of European integration Jadranka Joksimović voiced hope Monday that Serbia will by the end of June open two more or three chapters in negotiations with the EU, it was stated by the Serbian government.
During the plenary session of the National Convention on the EU, Joksimović pointed out that those are Chapter 7, which deals with the protection of intellectual property rights, and Chapter 29, concerning the customs union.

“Serbia has also adopted a negotiating position for Chapter 30 dealing with economic relations with abroad,” she said.

“We have the prospect of maintaining good dynamics until the end of Malta’s European Union presidency, and in the second part of the year we are working and continuing the path of stability through successful Euro-integration,” she stressed.

Joksimović called on civil society representatives to explain to citizens that European integration is a mechanism by which our country is doing things faster and better for our benefit.