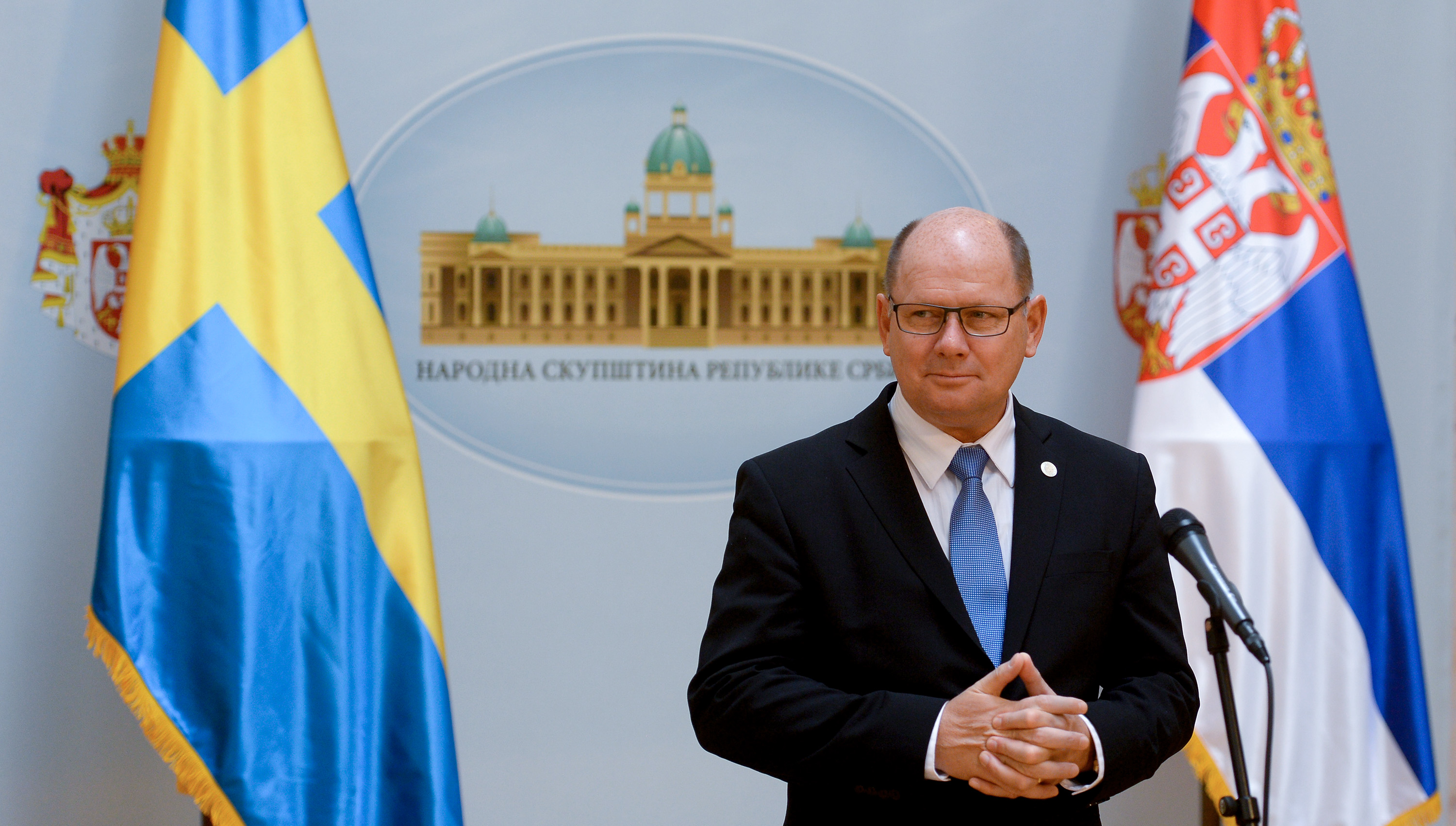 BELGRADE – The EU’s door is open to Serbia and all Balkan countries, Swedish Parliament Speaker Urban Ahlin told his Serbian counterpart Maja Gojkovic in Belgrade Wednesday, noting that, for him, Serbia’s EU membership was not a matter of whether, but when, Tanjug reports.
Speaking to reporters after a meeting with Ahlin, Gojkovic said they had discussed Serbia’s EU membership – the country’s foreign policy priority.

Serbia has opened eight chapters in its accession talks, with at least four expected to be opened by the end of the Maltese EU presidency on June 30, she said.

Highlighting the significance of Ahlin’s visit in a year marking the centenary of Serbian-Swedish diplomatic ties, as well as the good relations between the two countries, which maintain top-level dialogue, Gojkovic said the meeting opened a new chapter in bilateral ties and between the two parliaments.