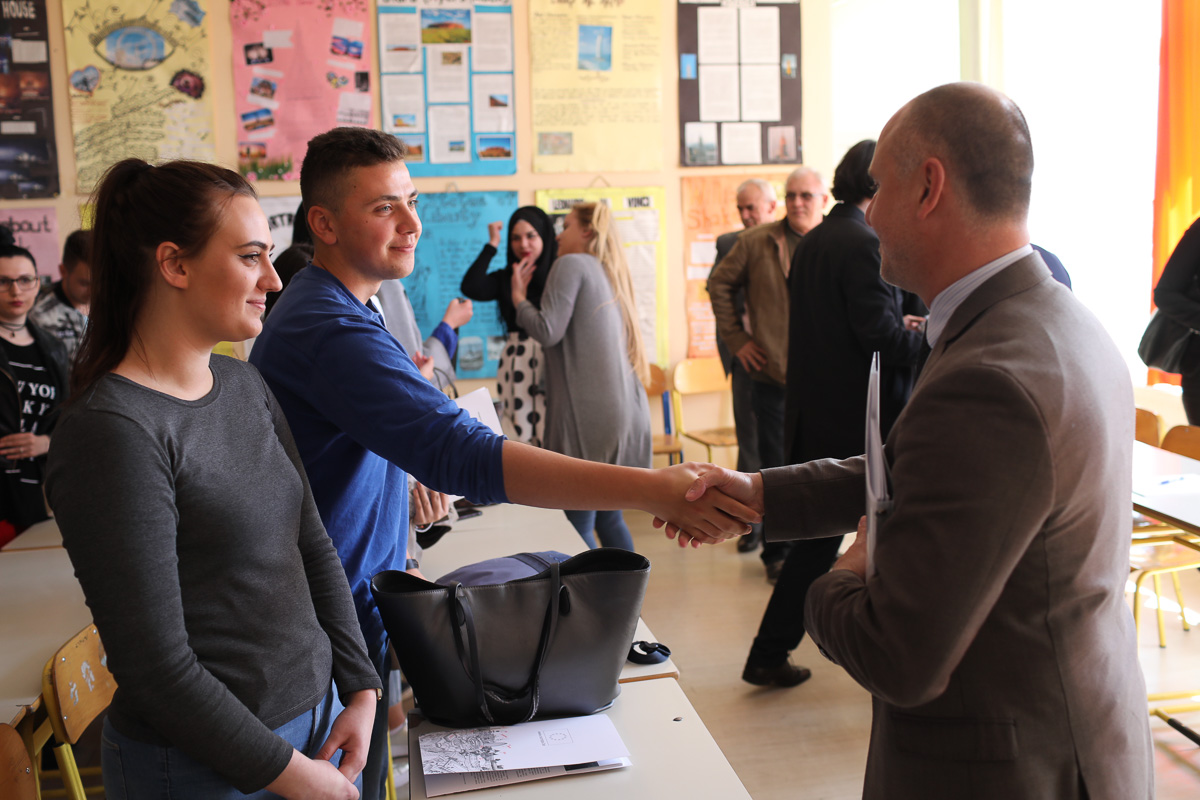 KALESIJA – Deputy Head of the EU Delegation to Bosnia and Herzegovina Khaldoun Sinno visited Municipality Kalesija Wednesday. On this occasion he met with Mayor Sead Džafić to discuss the important role of the local communities in the socio-economic development of the country, particularly in addressing unemployment and other key issues for growth and jobs creation at local level, the Delegation stated.

During the visit, Sinno also met  with representatives of local business communities, stressing that private sector growth and competitiveness are crucial for improvements in the socio-economic field, and this in turn ultimately benefits the citizens.

He also visited Mixed Secondary School “Kalesija”, where he had a chance to meet and talk to young students who were interested in the EU benefits and opportunities for the youth.

Sinno further met  the local Gender Commission, visited one of the successful local companies “Izazov” that exports to the European market and gave an interview to the local TV station Neon.