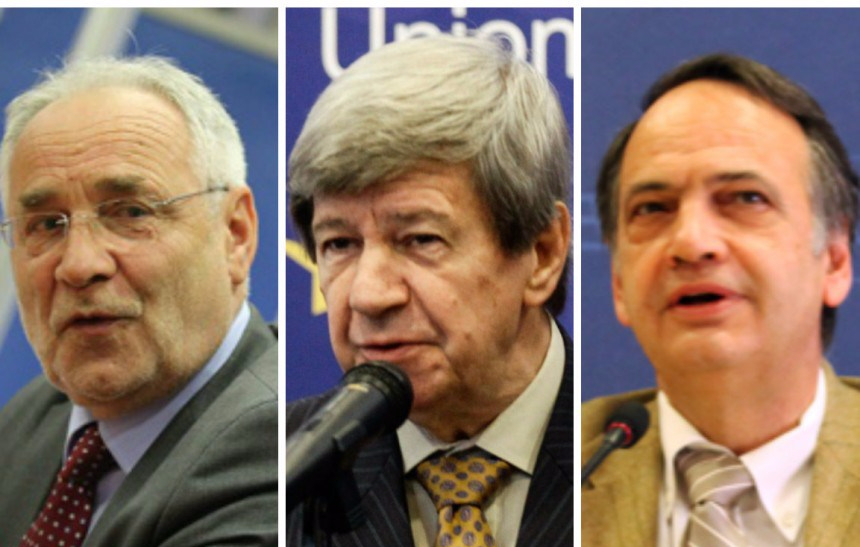 BRUSSELS – Members of the European Parliament Eduard Kukan (EPP, SK), Knut Fleckenstein (S&D, DE) and Ivo Vajgl (ALDE, SI), EP mediators for the 15 July 2015 Przino Agreement, issued a statement calling on President Ivanov to respect the will of the Parliamentary majority and urging consequences for those politically and criminally responsible for the violent attacks the Parliament in Skopje.

“We have now been engaged for over two years, on behalf of the European Parliament, to facilitate dialogue between the political leaders in order to support a democratic way out of the enduring political crisis. As such, we welcome the fact that parliamentary democracy, reflecting the will of the majority in the Sobranie, has led to the appointment of a new Speaker, Mr Talat Xhaferi. We express our support and hope and expect that the new Speaker will fully assume his responsibilities in the interest of the country and all Macedonian citizens immediately.

We have already condemned in the strongest terms the attacks on the democratically elected Members of the Parliament in the Sobranie, which are also an attack on the democratic will of the citizens of the country. An official investigation should efficiently identify and prosecute the perpetrators of these unacceptable criminal attacks. The political responsibility should also be determined and appropriate consequences taken to deter such undemocratic activities.

We understand that the new Speaker will inform President Ivanov that the Parliament would like him to re-consider his position and recognise that the leader of the majority should be allowed to form a government without further delay. We expect that this will lead to the appointment of a new Prime Minister within the next two weeks. We call on President Ivanov to respect the will of the Parliament and stop obstructing the democratic path and the desire of the citizens of the country to see an end to the crisis. Further delays in establishing a new government will have inevitable consequences.

We share the desire of the citizens of Macedonia to see an end to the current crisis. The inability to form a government within the next two weeks will represent a failure by the political leaders in the country to meet the wishes of their citizens. As such, we will once more recommend to the political authorities in the European Parliament that the vote on the 2016 Country Report is postponed in view of developments in the next two weeks.“

Hahn: If the violence occurs again, it will endanger Macedonia’s path to the EU

Žbogar: A lot of time already lost in Macedonia, forming of institutions to continue

Bushati: Albanian platform in Macedonia, alibi for Gruevski and Ivanov