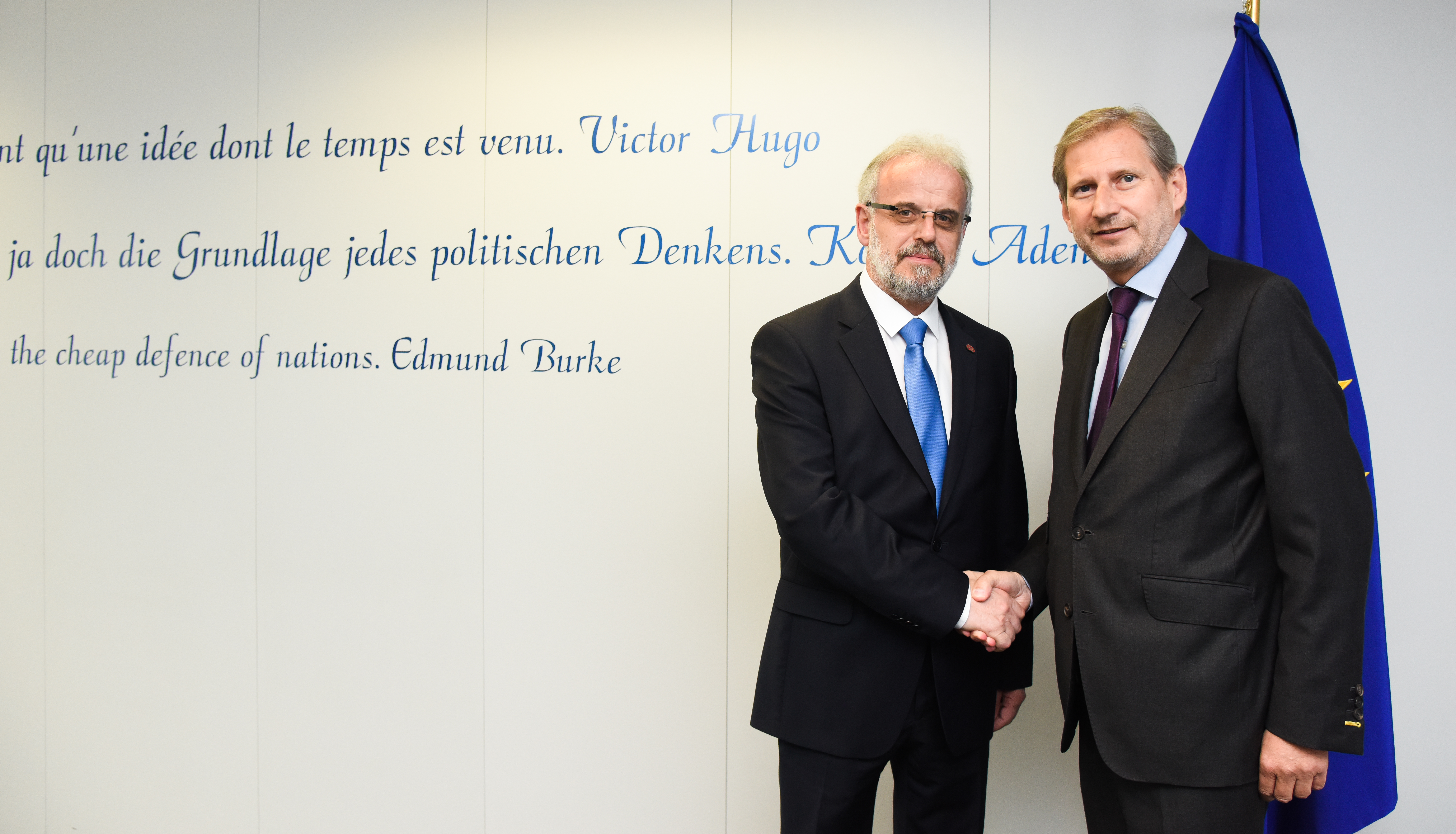 BRUSSELS – Commissioner for European Neighbourhood Policy and Enlargement Negotiations, Johannes Hahn, met Thursday with Talat Xhaferi, new President of the Parliament of the former Yugoslav Republic of Macedonia, it was stated by the commissioner’s office.

Commissioner Hahn reiterated the EU’s strong condemnation of the deliberate attacks on MPs and journalists in the Parliament last week.

He warned that any repeat of such acts would seriously endanger the country’s European perspective.

Commissioner welcomed the election of Mr Xhaferi by the majority of MPs and expressed EU readiness to work with him to advance the EU reform agenda, including implementation of the Pržino Agreement and the Urgent Reform Priorities.

The Parliament must now be allowed to work unhindered. All MPs, including the opposition, are expected to play a constructive rather than obstructive role, and all actors must refrain from provocative statements and actions.

Parliament must be the forum to debate the serious challenges facing the country and to provide the necessary assurances about the way forward, in the interest of all citizens and communities.

Finally, Commissioner Hahn called for the focus to now be on the next steps of the process of government formation, respecting the parliamentary majority and acting in line with the Constitution and democratic principles.

McAllister: Progress in the Belgrade – Pristina negotiations are decisive