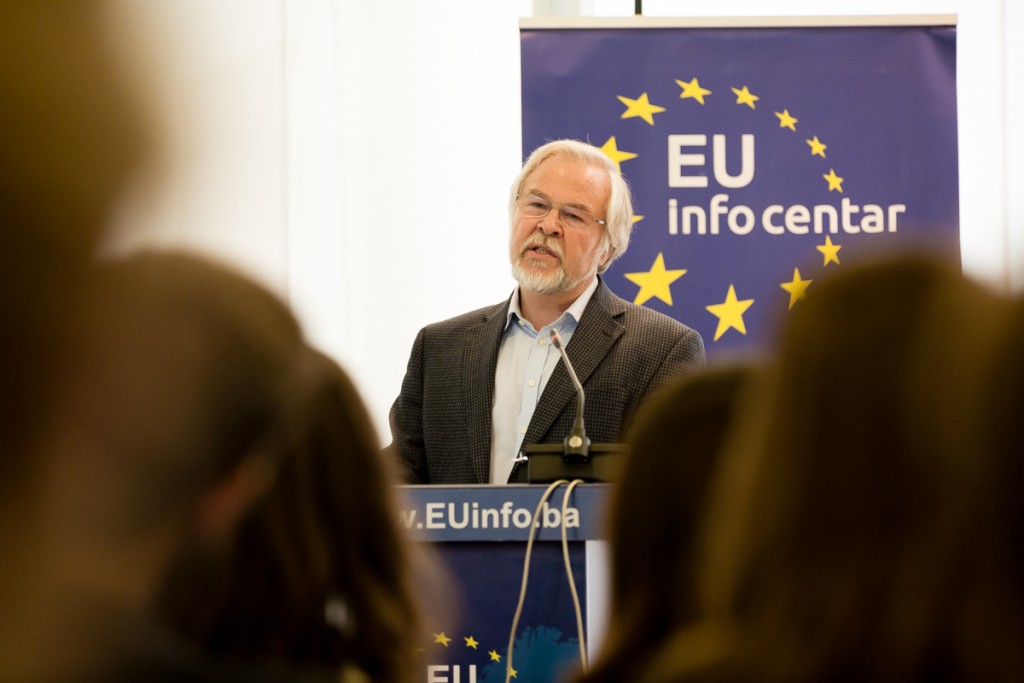 SARAJEVO – On the occasion of the World Press Freedom Day, 3rd May, the EU Info centre organised a seminar “The EU, fundamental human rights and freedom of expression” in Sarajevo, EU Delegation to BiH stated.

The seminar featured presentations by the recognized professors, focusing on the advancement of universal freedoms in relation to the EU accession process and the importance of freedom and pluralism of the media globally and in the Balkans.

The leading panellist, Professor Wolfgang Benedek, member of the International Academic Council of the European Regional Master’s Programme in Democracy and Human Rights in South East Europe (ERMA) and Professor at the University of Graz, discussed the freedom of the media in today’s society, emphasising the need to improve the situation of the media freedom in the pre-accession countries in the Balkans.

“Unfortunately, the international ranking, recently published by the Reporters without Borders, showed that the situation of the press freedom has deteriorated, both globally and in the Balkans, and I hope that the EU will counter the further deterioration and initiate improvements,” Professor Benedek said.

Lejla Turčilo, Professor at the Sarajevo Faculty of Political Science presented the media landscape in BiH and the main obstacles hampering the freedom of the media in the country. “As the media community, we must insist on the freedom of the media as well as on their social responsibilities. It is especially important to talk about the rights and freedoms of journalists in societies, such as the one in BiH, where the media could and should have a cohesive and an independent role and act as a corrective to the society”, Professor Turčilo noted.

The World Press Freedom Day was proclaimed in 1993 by the General Assembly of the United Nations, and is marked every year on the 3rd of May. On this day, the attention is drawn to the basic principles of the media freedom, raising awareness of its importance, defending the media from attacks on their independence and paying tribute to journalists who have lost their lives in the exercise of their profession.