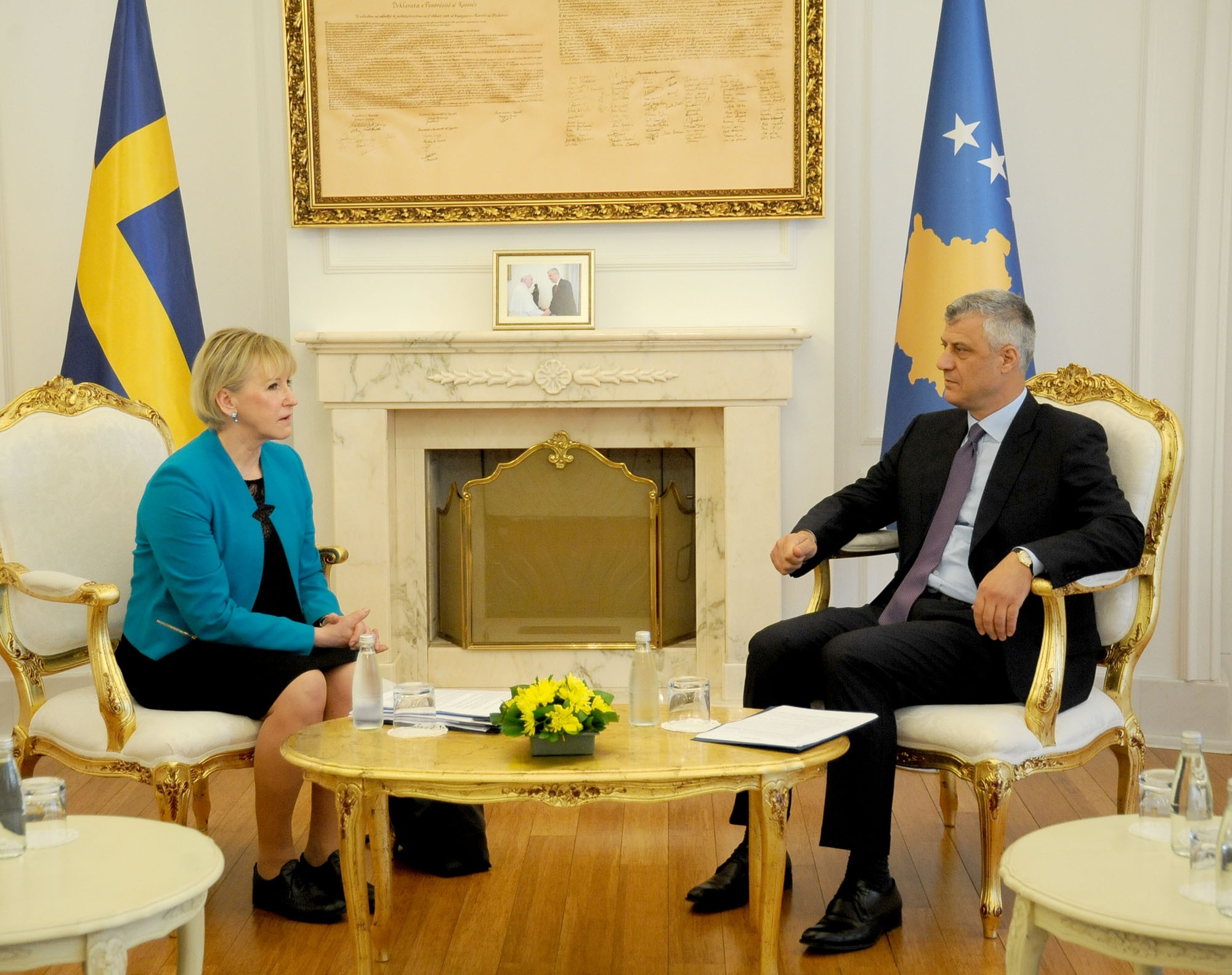 Wallström and Thaçi; Photo: Office of the President of Kosovo

PRISTINA – President of Kosovo Hashim Thaçi received Thursday Minister of Foreign Affairs of Sweden Margot Wallström, it was stated at the Thaçi’s website.

Thaçi said that Kosovo has excellent relations with Sweden.

“Sweden has continuously supported Kosovo and for this we are grateful forever”, he said.

Thaçi also spoke with the chief diplomat of Sweden about the developments in the region, about the dialogue with Serbia and the process of integration into the European Union.

“We have good relations with the neighboring countries, whereas with Serbia we are engaged in the dialogue process”, he stated and added that “it is time for another quality of dialogue and it should turn into a process for reconciliation, friendship and good neighborly cooperation between Kosovo and Serbia”.

“The EU must maintain a central role in the dialogue process”, said Thaçi.
Whereas, he said that from the European Union Kosovo is seeking a sincere and strategic dialogue that the integration of the region into the EU brings.

“We understand that the EU is tired of enlargement. But the aspiration of the Western Balkan countries to become part of the EU must not suffer because of this exhaustion. The delay of the EU to approximate the Western Balkans region is a threat to security. The vacuum left by the EU is rushed to be catched up by other nationalist and religious ideologies”, said Thaçi.

Davenport: EU Borders Will not Close, Should Be Managed more Efficiently