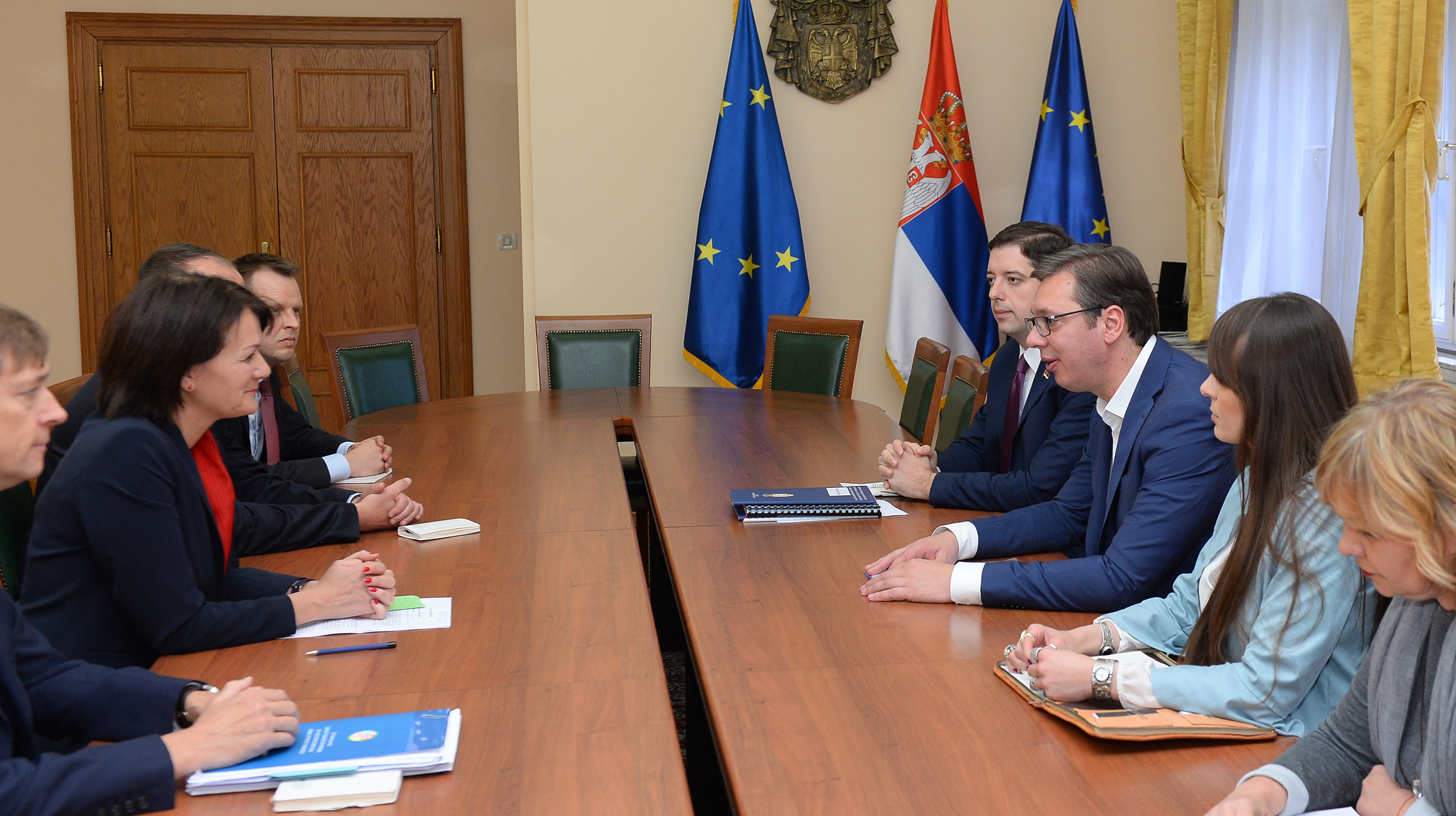 Vučić and Eichhorst expressed the hope that the dialogue between Belgrade and Pristina will resume soon as the only way to resolve the outstanding issues.

The Prime Minister said that Serbia is determined to achieve a mutually acceptable solution in the dialogue, with the full protection of national and state interests of the Republic of Serbia.

He stressed that the Community of Serbian Municipalities should be established on the basis of the Brussels agreement, which includes the participation of the Republic of Serbia in its creation.

The officials expressed concern about the situation in the Western Balkans.

Vučić said Serbia is devoted to the policy of regional stability and cooperation, as one of the foreign policy priorities of the government of Serbia.

The officials noted the continued progress on Serbia’s European path, as well as in the implementation of the necessary social and economic reforms.

Also, they expressed the hope the planned pace of opening of chapters in the accession negotiations of Serbia with the European Union will continue.