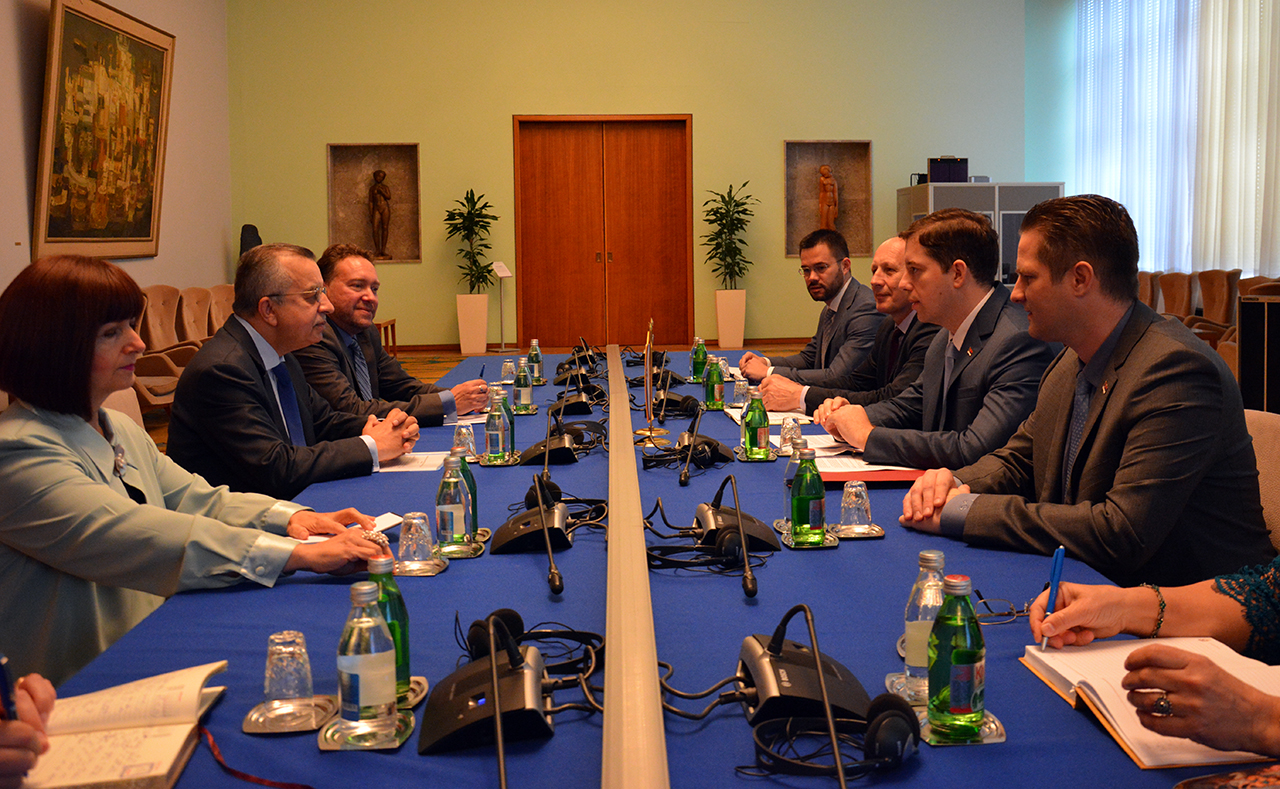 Zahir Tanin and Marko Đurić; Photo: Serbia's Office for Kosovo-Metohija
BELGRADE – Director of the Serbian government’s Office for Kosovo-Metohija Marko Đurić spoke Monday with Head of the United Nations Mission in Kosovo (UNMIK) Zahir Tanin about the political and security situation in Kosovo and the prospects of dialogue between Belgrade and Pristina, Serbian government stated.

The Director of the Office for Kosovo and Metohija underlined that Belgrade wants a full implementation of the agreements reached in Brussels, especially those related to the Community of Serbian municipalities, which must be established without delay.

Đurić conveyed to Tanin the concern of the Serbian government regarding a series of statements by Albanian political representatives which deepened the atmosphere of distrust in the Serbian-Albanian relations and made a dangerous step towards destabilization of the region.

He thanked the Head of UNMIK for consistent status neutrality of UNMIK and the work on protection of the position of the Serbian people in Kosovo, stressing the importance of protection of the property rights of Serbs in the province, in order to foster the return of displaced persons and guarantee the survival of those who currently live there.

The two officials also underlined the need that the property of the Republic of Serbia, as well as of legal and physical persons in Kosovo be treated in line with international law, according to a statement by the Office for Kosovo-Metohija.