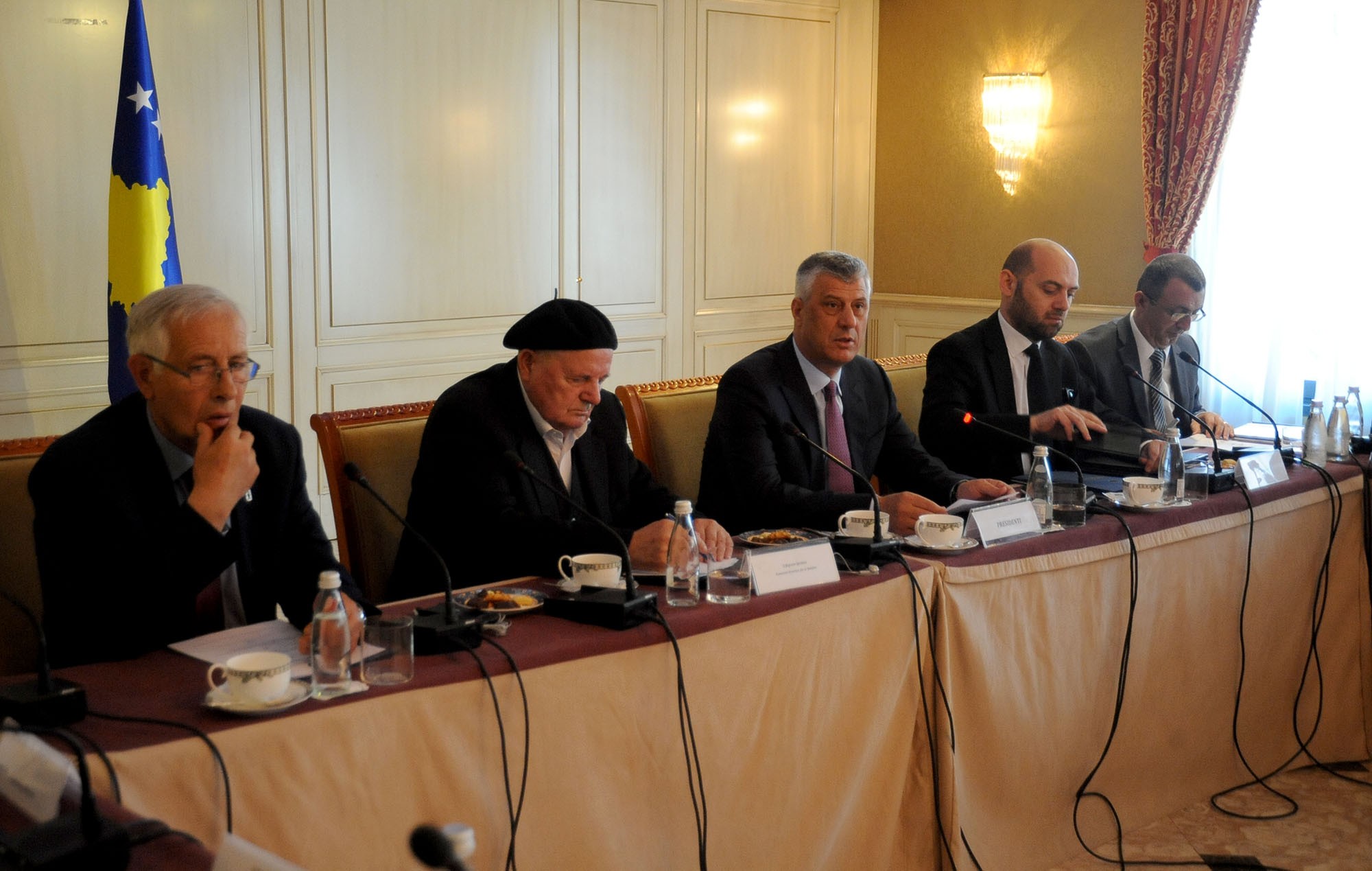 PRISTINA – President of Kosovo Hashim Thaçi, held Friday the consultative meeting on the establishment of the Commission for Truth and Reconciliation, it is reported by Thaçi’s office.

Thaçi presented the Draft Regulation to civil society by which the establishment of this Commission will be decreed.

“Civil society has contributed to all these projects and has made valuable experience. It can provide valuable recommendations for the Project of the Commission for Truth and Reconciliation. Also encouraging is the support we have received from international experts and international organizations, who are willing to support the project in different forms,” Thaçi said.

He stressed that Kosovo has its specifics, that the Commission will be Kosovar-led and will be conform to the needs of Kosovo.

He said that the Decree by which the Commission will be established must guarantee independence, impartiality and inclusiveness.

“It must also ensure the freedom to determine the statute and the organogram of the commission itself, to allow sufficient flexibility to adapt to the needs and conditions of Kosovo”, Thaçi said.

He added that the Commission for Truth and Reconciliation is the first of this kind in the Balkans and by this the big step towards the closure of the war chapter is being made.

“The Commission will build the common memories about the war, but it will also draw lessons and recommendations to prevent war from repeating. We have proven that we are determined for a new chapter, of peace, cooperation and coexistence in Kosovo and the region. We are working to build the capacities to construct and maintain this peace. This requires courage and vision and as Kosovo we have shown that we have both, the courage and the vision”, stated Thaçi.

“We know clearly where we want to reach and we are walking with big steps towards NATO and the EU,” he added.

“The values that Kosovo promotes make our country not only acceptable, but an example that should be promoted everywhere. Multiethnic society, coexistence between religions, commitment for peace and stability, for the rule of law and development are the values we are committed to as Kosovo”, he concluded.