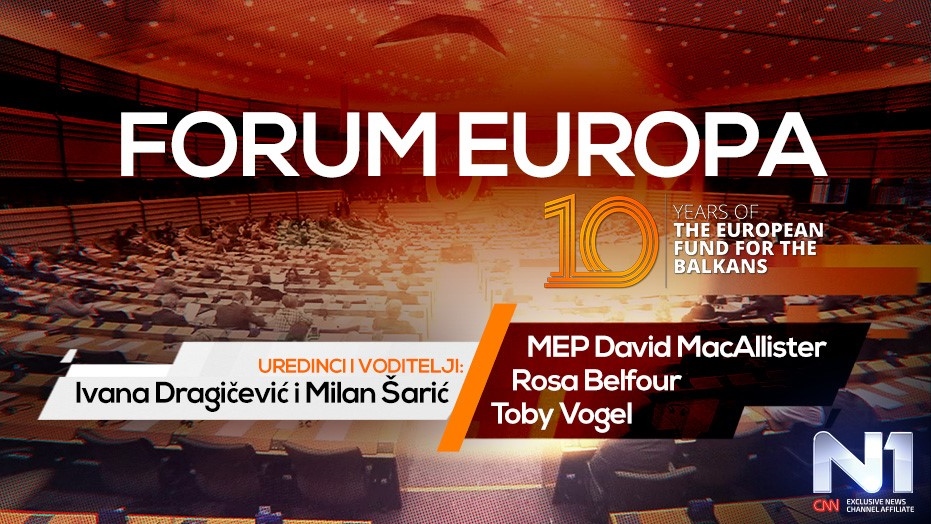 BELGRADE – FORUM Europe, a TV debate on the topic Transatlantic relations – US, EU and Russia and Fragile Southeast Europe will be broadcasted on Wednesday, 8 May, on N1, regional media news network and CNN exclusive news affiliate.

The speakers at the debate will be Toby Vogel from Centre for European Policy Studies, Rosa Balfour, acting director of the German Marshall Fund of the United States’ (GMF) Europe Program, and MEP David McAllister, Chair of the Committee on Foreign Affairs (AFET), member of the Delegation for relations with the United States and EP’s Standing Rapporteur on Serbia. Moderators of the debate will be Ivana Dragičević and Milan Šarić.

FM Conference in Berlin: Accelerating progress in the Western Balkans