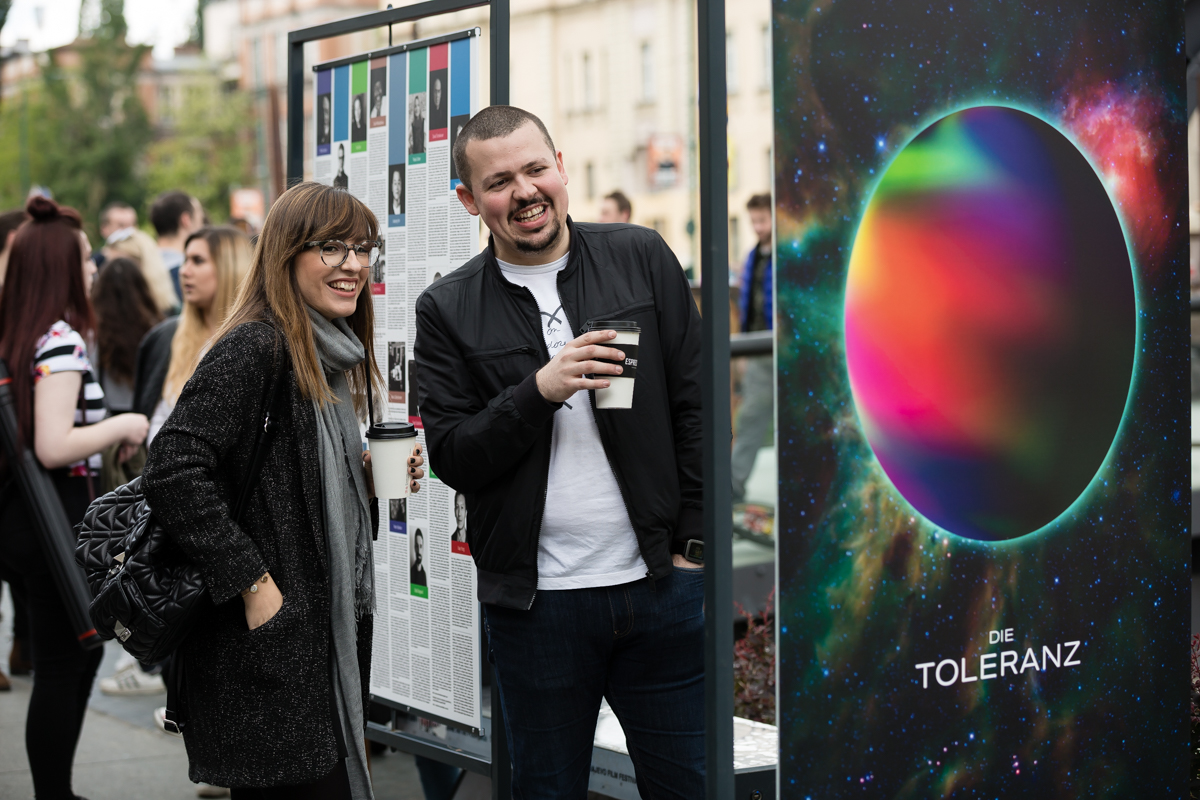 Opening of the exhibition in Sarajevo; Photo: EU Delegation to BiH

SARAJEVO – “This is a great day for Europe and tolerance, and we are here today to celebrate and to emphasize the importance of tolerance and the respect for each other despite our differences as Europeans. Tolerance lies at the heart of EU fundamental values, along with the respect for diversity and unanimous rejection of any form of discrimination”, said Ambassador Lars Gunnar-Wigemark, Head of the EU Delegation to BiH and EU Special Representative in BiH opening the exhibition “Tolerance” on May 8 in Sarajevo, EU Delegation to BiH stated.

On this occasion, Ambassador Wigemark announced this year’s Europe Day celebrations taking place throughout the month of May across the country under the common theme, that is we are different, but we are strong when together and unified.

The initiator of the exhibition, a renowned illustrator of BiH origin Mirko Ilić, explained the role of artists in promoting tolerance and restoration of peace. “The initial idea of this exhibition was to invite the well-known graphic designers to create posters on their perspective of tolerance in their mother tongue. One of the conditions was that they should be displayed in public spaces, among citizens, instead of art galleries. The purpose of the exhibition is not just in the showcase of posters, but in gathering people and bringing them closer together. Artists are the first ones to promote tolerance and peace, therefore, facilitating the process of reconciliation”, Ilić said.

Marina Finci, Dean of the Academy of Fine Arts Sarajevo, welcomed the initiative on tolerance promoting the importance of co-existence and peace. “It is my great pleasure to host such a special exhibition to mark this year’s Europe Day.  It is art that should share and influence the affirmation of universal human values. This showcase of tolerance themed posters marks a special moment for all of us, highlighting that tolerance is key in unlocking all closed doors”, Finci said.

The Europe Day celebration continued at the packed EU Info Centre, gathering media representatives and university students interested in Ilić’s work at a multimedia lecture on the symbols of hatred and neo-fascist iconography in public areas throughout the region. The aim of the lecture was to educate the youth on the importance of open and unanimous condemnation of the symbols of hate speech.

Europe Day is celebrated every year on May 9 to mark the anniversary of the historical ‘Schuman Declaration’ that set out the underlying principles which the EU has been built on. It is an occasion to celebrate the EU’s achievements – lasting peace, economic cooperation and border-free travel. In 2017, the European Union celebrates important anniversaries; 60 years since the signing of the Treaty of Rome that laid the foundations of today’s united Europe and 30 years of the Erasmus programme for education.