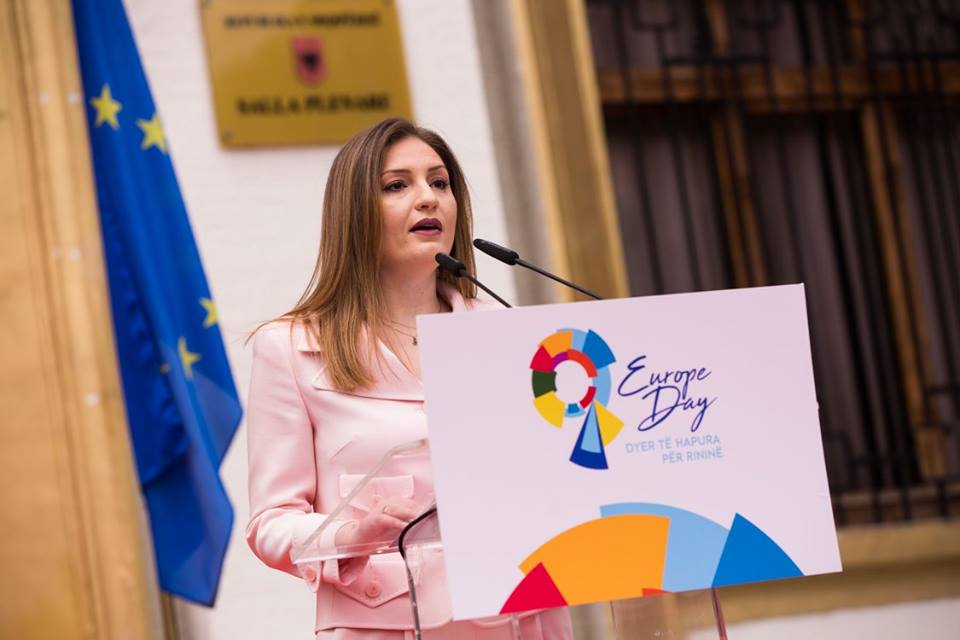 TIRANA – Albania’s European Integration Ministry in cooperation with the Albanian Assembly held Tuesday in Tirana, “Open Door for Youth” event in the context of the Europe Day, ATA reports.

“The citizens want to build a European life for their children in their own country. Although in the course of years the integration process might have looked rather technical, its goal is only one: A better life for our citizens”, said Minister Gjosha in her speech.

The minister emphasized that irrespective of the political colour, everyone is satisfied with the successes that Albania has achieved with the process of integration during the last four years and pointed to the status of the EU candidate country in 2014 and receiving a positive recommendation for opening EU accession negotiations in 2016.

“These achievements belong to the Albanians, the same as the integration process does. Therefore, it is not heart-warming the fact that the country is today in an inexcusable political stalemate which rocks the foundations of democracy, but even our vision for the future of the country, instead of gaining another victory to crown our previous achievements”, said Minister Gjosha.

Minister Gjosha appealed to the young people to make a contribution to the integration process with their energy and vision and thus pave the way to the European future of the country.

Hahn: Change in democratic societies is natural and should be embraced

Albanian Parliament holds second round of voting for a new president