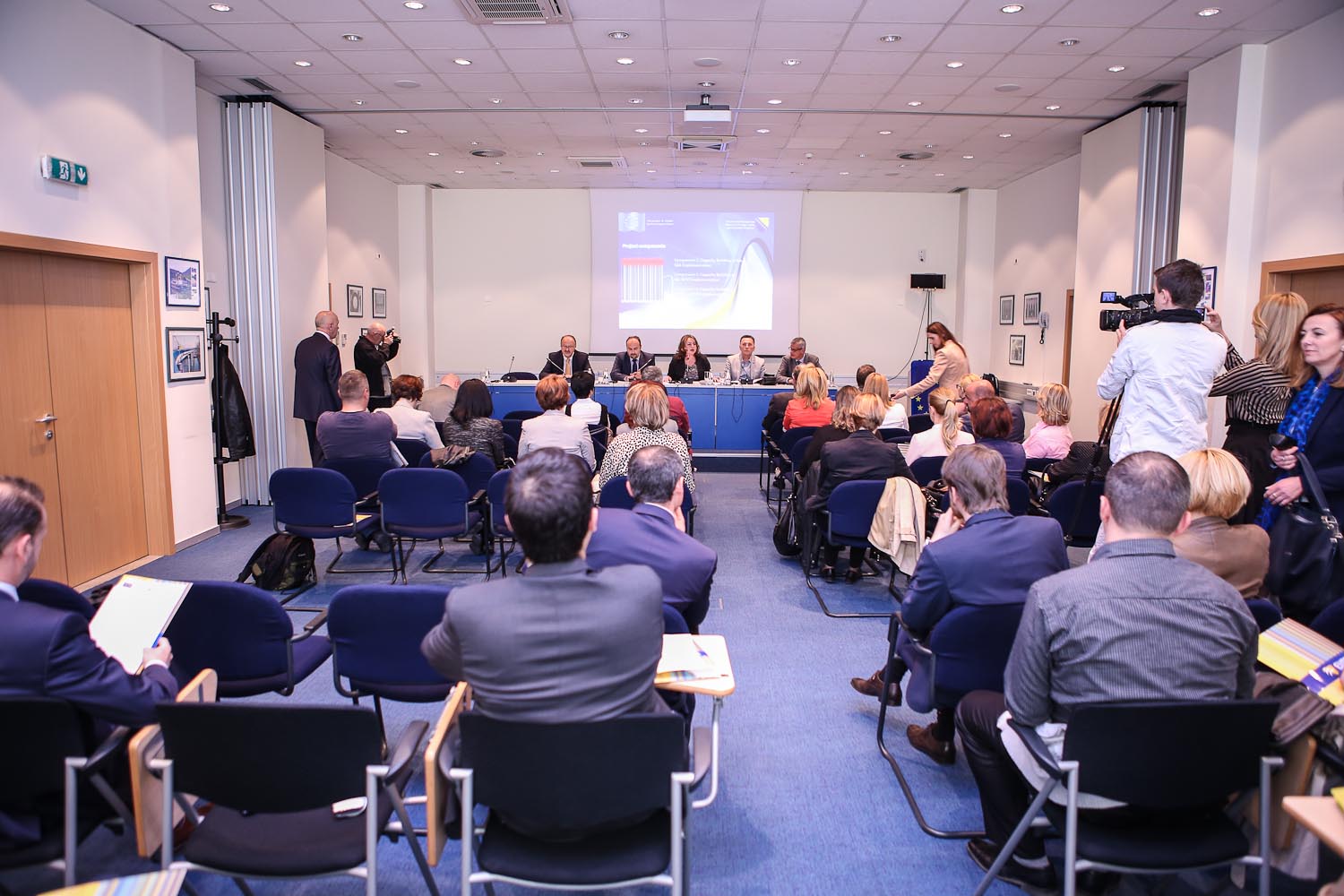 SARAJEVO – A conference titled “BiH at a crossroad of its economic integration” was held by the EU funded project “Capacity Building for Trade Policies and Analysis” (IPA 2011) at the EU Delegation to BiH in Sarajevo on 11 May 2017 . The project supported Bosnia and Herzegovina (BiH) in implementing relevant policy reforms in the area of foreign trade, in order to maximize the benefits from the economic integration within the region and internationally.

The main goal of the conference was to familiarise all relevant stakeholders with the project activities that were performed aiming at contributing to the three economic integration processes that BiH is currently involved in: The Central European Free Trade Agreement (CEFTA), World Trade Organization (WTO) and the EU. Future challenges for BiH in the area of foreign trade policy were also presented and discussed.

The EU has constantly supported BiH in implementing a coherent trade, fostering economic growth and at the same time respecting its commitments towards EU, CEFTA and WTO. This project is a continuation of the long standing support to BiH in implementing CEFTA Agreement. The progress is evidenced by advancement in negotiating Additional Protocol 5 on Trade Facilitation and Protocol 6 on liberalisation of trade in services. These two Additional Protocols of CEFTA will bring a lot of benefits to the citizens and companies of BiH as they will open the market for freely providing specific services and will facilitate trade at the border of CEFTA Parties.

“The EU is a strong supporter of CEFTA, as it is a powerful “training ground” for participation in the EU accession process. The linkage between CEFTA implementation and EU accession process can be easily observed by the progress registered in the last ten years”, said Jan Snaidauf, Head of Political and Economic Section at the EU Delegation to BiH at the conference and further emphasised: ”Strengthening the administrative capacity and cooperation at all levels and increasing the dialogue and cooperation between private and public sector are other important aspects for further progressing towards EU integration”.

Midhat Salic, Assistant Minister at the Ministry of Foreign Trade and Economic Relations said that “The upcoming Additional CEFTA Protocol 5 on Trade Facilitation is considered very important tool for making our economic environment more competitive in the region. The Protocol will facilitate transit and trade through regional connectivity of all border agencies into one information system which will decrease transit time and trade cost, leading to strengthening competitiveness of our economy. For the future implementation of this Protocol there will be a need for linking all horizontal policies, such as customs and access to market, into trade facilitation policy coordinated from one spot”. In this regard he commended the efforts of the project in helping the Ministry to prepare for the future implementation of the Protocol.

The project ‘Capacity Building for Trade Policies and Analysis’ funded by the European Union in the amount of EUR 1,129,850.00 proves  readiness of the EU to provide continuous support to BiH trade policy makers.

The main beneficiary was the BiH Ministry of Foreign Trade and Economic Relations, but it also involved all trade policy stakeholders at the state and entities level, including the private sector and media.