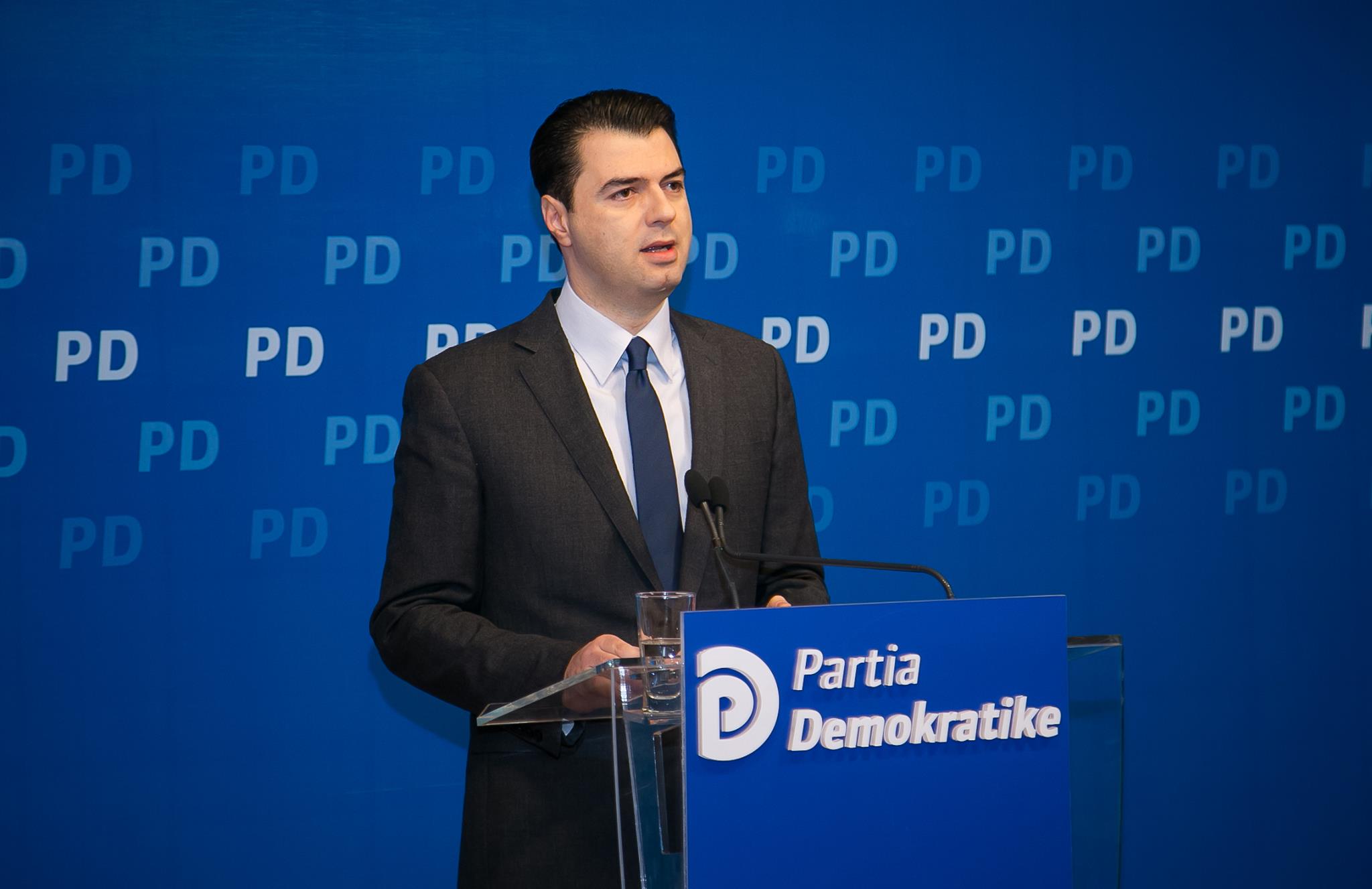 TIRANA – “Free elections, caretaker government and new republic”, with these words the chairman of the Democratic Party Lulzim Basha addressed today the demonstration of protest which ended peacefully at the “Martyr’s of the Nation” boulevard in Tirana downtown.  The DP leader Lulzim Basha appreciated the protest “A referendum of Albanians on new republic”. He said that there would be no elections without the opposition, but free and fair elections can take place only under a caretaker government that fights drugs and crime, restores trust to the Albanians and guarantees the free vote.

According to Basha, more than 600 thousand Albanians gathered today in the square, but millions of others follow this historical referendum. Owing to the resistance of the people everything will change and will not be like before, said Basha. He added that the old republic of crimes and drugs belongs to the National History Museum and the united Albanians will not recognize it any more. Further on, the DP leader said that they gathered together three months ago, since February 18, to bring to a stop ill-governance and drugs and demand free elections, the cornerstone of democratic co-existence, well-being, security and the European future of our nation.

The Democratic Party, said Basha, was born for the great cause of pluralism. And it becomes stronger day by day in the struggle for free and fair elections. This cause makes the people in this square of freedom stronger and our unity greater.

Our battle, said the head of the opposition, is waged for the values that the American and European countries built. But, in no other country of Europe there is a greater struggle waged than in this square of freedom, said Basha.

We have come together to take a joint decision on bidding  “Good bye” to the old republic, to the political and economic plot at the expense of the well-being of the Albanians, said Basha.

The DP leader said that today’s protest shall be recorded in history as the day of the great historic unity. The new republic has got today the holy seal of the people gathered in the square. But, it’s up to you for this battle to be finalized with total victory, said Basha while extending an appeal to his supporters to go on. I need you to exert resistance and unity, said Basha.

Albania’s main opposition Democratic Party staged the protest today demanding that the government resign and hand over to a caretaker cabinet to take the country to free and fair elections in June. The rostrum where the speakers mounted was set up in front of the premier’s office.

The opposition announced that it would be the biggest demonstration of peaceful protest attended by DP leaders, supporters even from the other cities of the country.

The State Police got committed to the maximum to guarantee a smooth progress of the protest. For security reasons and avoid any incidents on the ground were mobilized more than 2 thousand police officers.

Two years after putting SAA into effect: BiH might open its first accession chapters in mid-2018