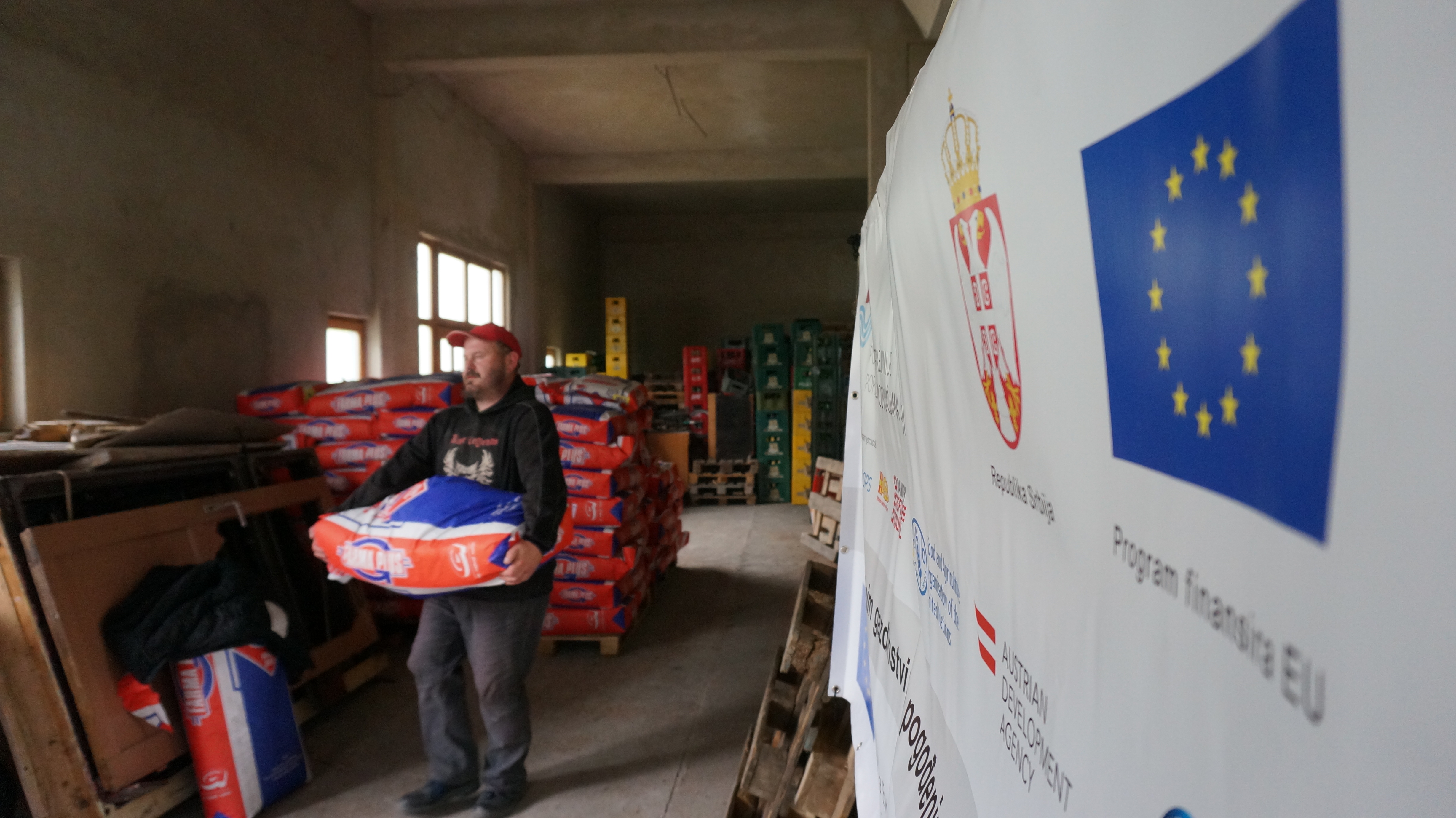 BELGRADE – “Thanks to this donation, the production is the same as before the floods and we can now work as we did prior to 2014”, says Divna, a woman from Boljetin, a small village in the Djerdap National Park which was devastated by the floods three years ago.

Divna describes Boljetin, a village with less than 600 inhabitants, as a place of strong patriarchal tradition: men work in the cities nearby, whereas women take care of the family and house. “During the flooding, we lost the machines we had been using for our own production. We did not receive any help. Once we learned that this international organization [FAO] could supply us the machines we had lost, I was a bit sceptic and I did not expect the promise to be kept,” continues Divna and adds “But now, I am very grateful to them, as we have brought our life back”.

The European Union donated €172 million for flood relief assistance projects. Apart from the reconstruction of houses, institutions and infrastructure, the donations have brought benefits to farmers. The UN Food and Agriculture Organization, EU’s partner in the project, has assisted more than 34,000 households through the provision of animal feed, farming equipment, fruit seedlings and livestock.

The Djerdap National Park was among the most affected areas. Local people cannot recall another flood as destructive at the one that hit them in 2014. “The one that hit in 1965 was nowhere near as catastrophic as that last one,” says an elderly man while waiting in line for his ration of animal feed, donated by the EU and distributed by local authorities in Donji Milanovac.

“I have been a farmer since 1997. Two years ago, when the floods hit, I lost so much. Here I am waiting for animal feed, for cows and pigs, as the livestock is the main activity of providing for my family” – says Momčilo, who has suffered a damage of around €5,000. Just as any other farmer waiting in line, Momčilo did not expect any international organization, or the state, to take care of him. He adds that “Thanks to this, now I can produce at the same level as before floods”.

Following the Danube River, one arrives in Topolnica, a small village in the municipality of Majdanpek. Dragan used to live there, working as a farmer with his wife Elvira. He has always been one of the best farmers in the region, specialized in growing lettuce and tomatoes which they sold directly to local shops. They found that placing their products in one of the green markets in Belgrade would be too expensive, due to transportation costs, so they preferred to stay in their village where there is almost no competition.
Unfortunately, they lost their greenhouse to 2014 floods, the one they had been using for the production of several varieties of tomato.

“The European Union gave us a new greenhouse and now, not only have I filled the production gap we had in the last two years, but I’m starting to produce even more,” says Dragan.

“What is also important is that our municipalities must be ready to prevent similar disasters in the future,” says Srećko Nikolić, Deputy President of the Municipality of Majdanpek, who believes that his municipality is ready to work together with the experts of the EU Delegation to Serbia in order to create plans for the regulation of the Boljetinska River riverbed.

The prevention of future floods, through the reconstruction of river embankments around Serbia is, according to Mr. Nikolić, in fact the final part of EU Assistance for Flood Relief programme, because as he put it “It’s better to be safe than sorry.”