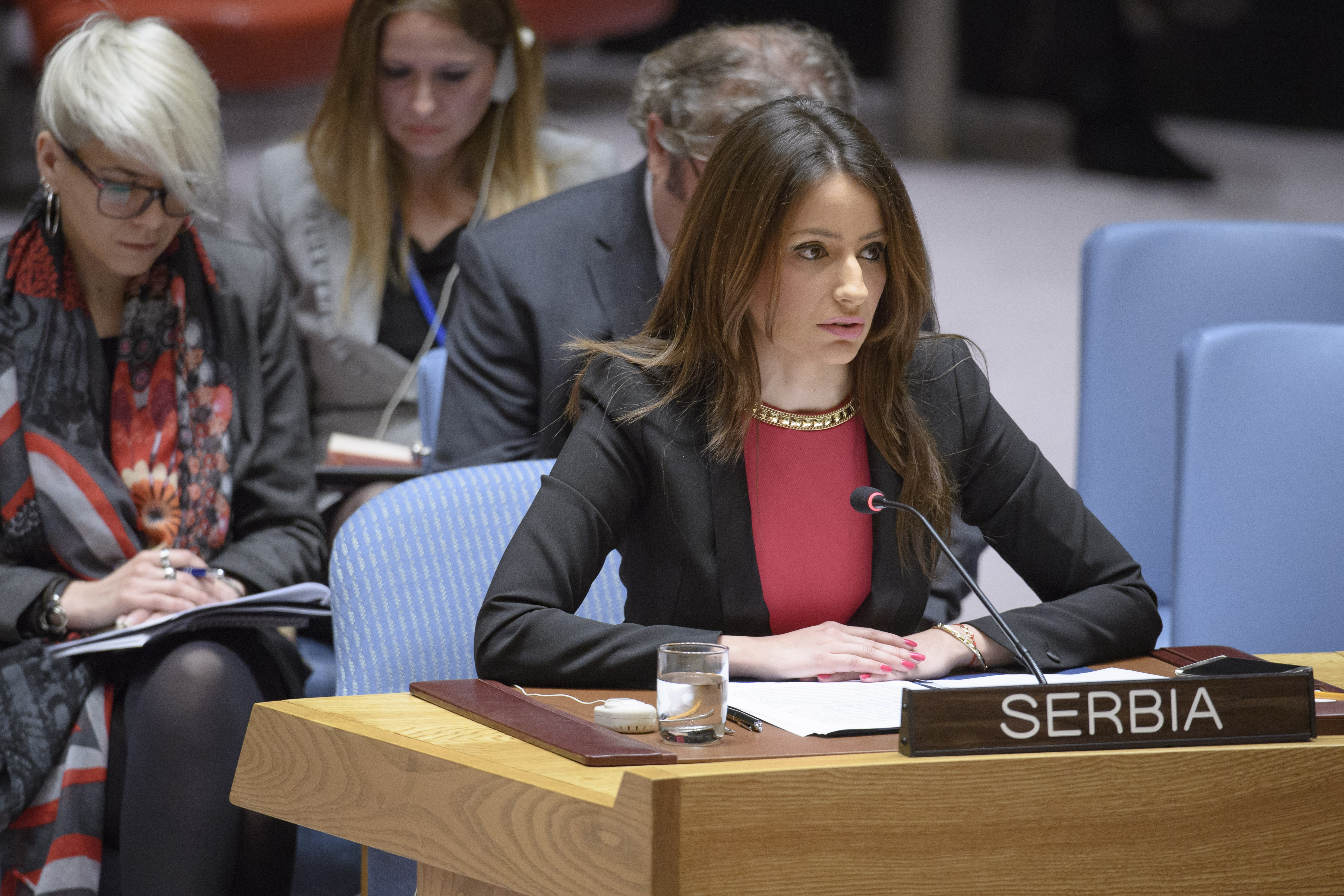 Nela Kuburović, Minister of Justice of the Republic of Serbia, addresses the Security Council meeting on Kosovo; Photo: UN/Manuel Elias
BELGRADE/NEW YORK – Serbian Minister of Justice Nela Kuburović warned Tuesday the UN Security Council of Pristina’s unacceptable manner to use dialogue and the process of normalization of relations as a means of blackmail against the Serbian side and European partners, Serbian Government stated.

Speaking at a session at which the quarterly report of the UN Secretary-General on the work of the UN mission in Kosovo was examined, Kuburović said that Serbia, despite numerous challenges, continues to play a constructive, responsible and committed role in the Belgrade-Pristina dialogue with the aim of resolving outstanding issues under the status-neutral framework.

Our country wants to contribute in this way to the stabilisation of the situation and the creation of conditions for the smooth progress of the Western Balkan region towards EU membership.

Kuburović pointed out that such an attitude of Pristina culminated in early March when the Kosovo parliament adopted a resolution on the termination of dialogue, which is in fact linked to the fate of one person who is accused of the most monstrous crimes.

The problems which members of non-Albanian communities in Kosovo are facing, as well as an intensive anti-Serb campaign have contributed, as she pointed out, to maintaining a constant level of ethnically motivated attacks on Serbs.

Kuburović also pointed out that the crisis in Kosovo started with lies that had been promoted by people like William Walker who today does not even hide his aspirations towards Greater Albania and projects for achieving that.

Walker, who was Head of the Kosovo Verification Mission of the OSCE, had the duty to act in an objective and impartial manner, but he had abused his mandate and the OSCE Mission in order to achieve goals that are now exposed and include formation of an independent Kosovo and Greater Albania.

Failure of the OSCE Mission and the exercising of great pressure on Helena Ranta to modify her forensic report according to his wishes, the sending of a false report on the alleged massacre of civilians in the village of Racak, for themselves, and especially in the context of recent statements by Walker about the plan to create a Greater Albania clearly show that he acted in a way that is an abuse of the mandate of the OSCE, and thus also a violation of 1203 Security Council Resolution (1998), Kuburović stated.

The way in which William Walker acted and the use of armed force against the Socialist Republic of Yugoslavia cannot be qualified in any other way but as a flagrant violation of principles on which the organisation of the United Nations is based, Kuburović concluded.