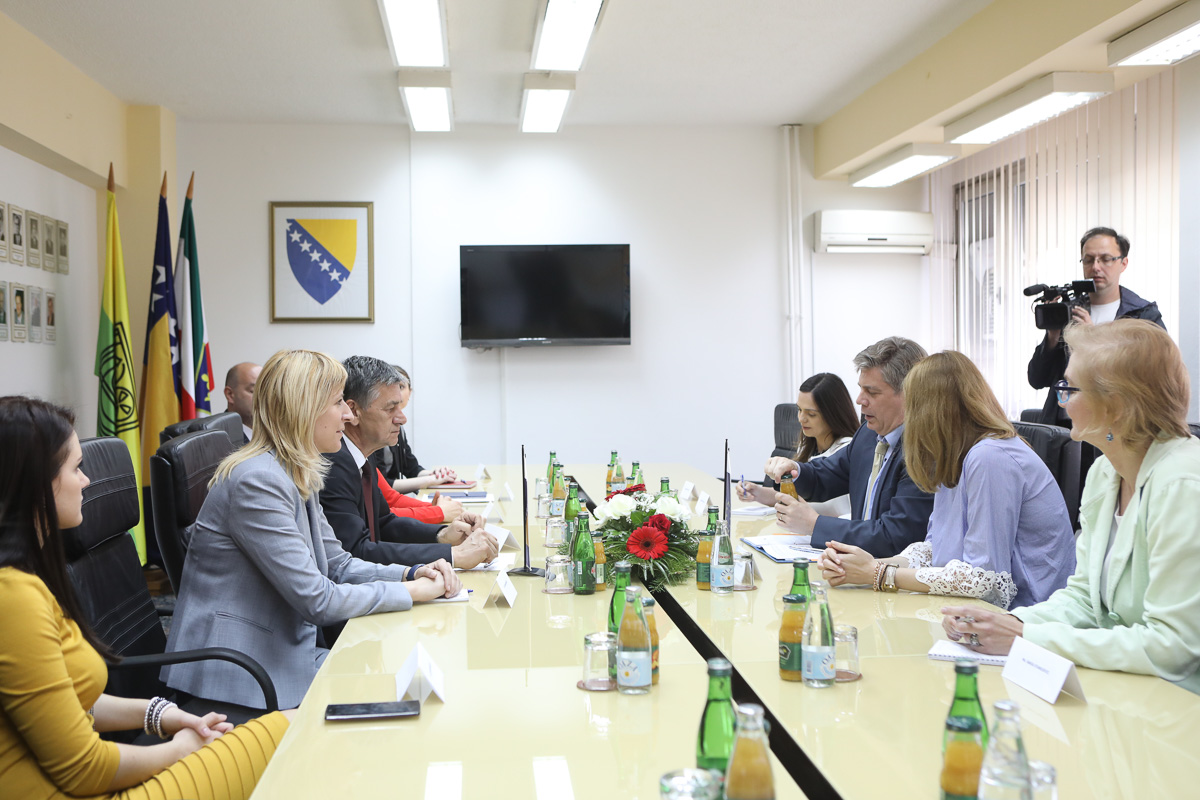 ZENICA – Head of the EU Delegation and EU Special Representative in Bosnia and Herzegovina Ambassador Lars-Gunnar Wigemark visited Zenica on 15 May 2017 and discussed the local development priorities and future plans with Mayor Fuad Kasumovic and the business community. Focussing especially on the effects of the Reform Agenda at the local level, and how citizens and businesses can benefit from them, Wigemark underlined that  effective local governance was key to socio-economic development at the local level and wider, EU Delegation to BiH stated.

In his discussion with the representatives of the business community, Ambassador Wigemark stressed that the EU wanted to help SMEs in order to create more jobs. He also highlighted that the private sector growth and competitiveness were crucial for improvements in the socio- economic field, and this in turn ultimately benefits the citizens.

At the end of the visit, Ambassador Wigemark, together with the German Ambassador to BiH Christianne Hohmann, presented 3 million EUR worth grants to 49 small and medium sized enterprises and 8 partnerships, in the scope of the project “Recovering SMEs in flood affected areas and strengthening their competitiveness based on partnerships for Local Employment Development”, funded by the EU and the German Government. He reiterated that this assistance was part of European Union’s continuing efforts to support economic recovery of flood affected areas in Bosnia and Herzegovina. This project is part of the wider EU Programme for Local Development and Employment worth 19 million EUR, implemented by UNDP, GIZ and ILO, with aim to create new jobs and better living standards for the citizens.