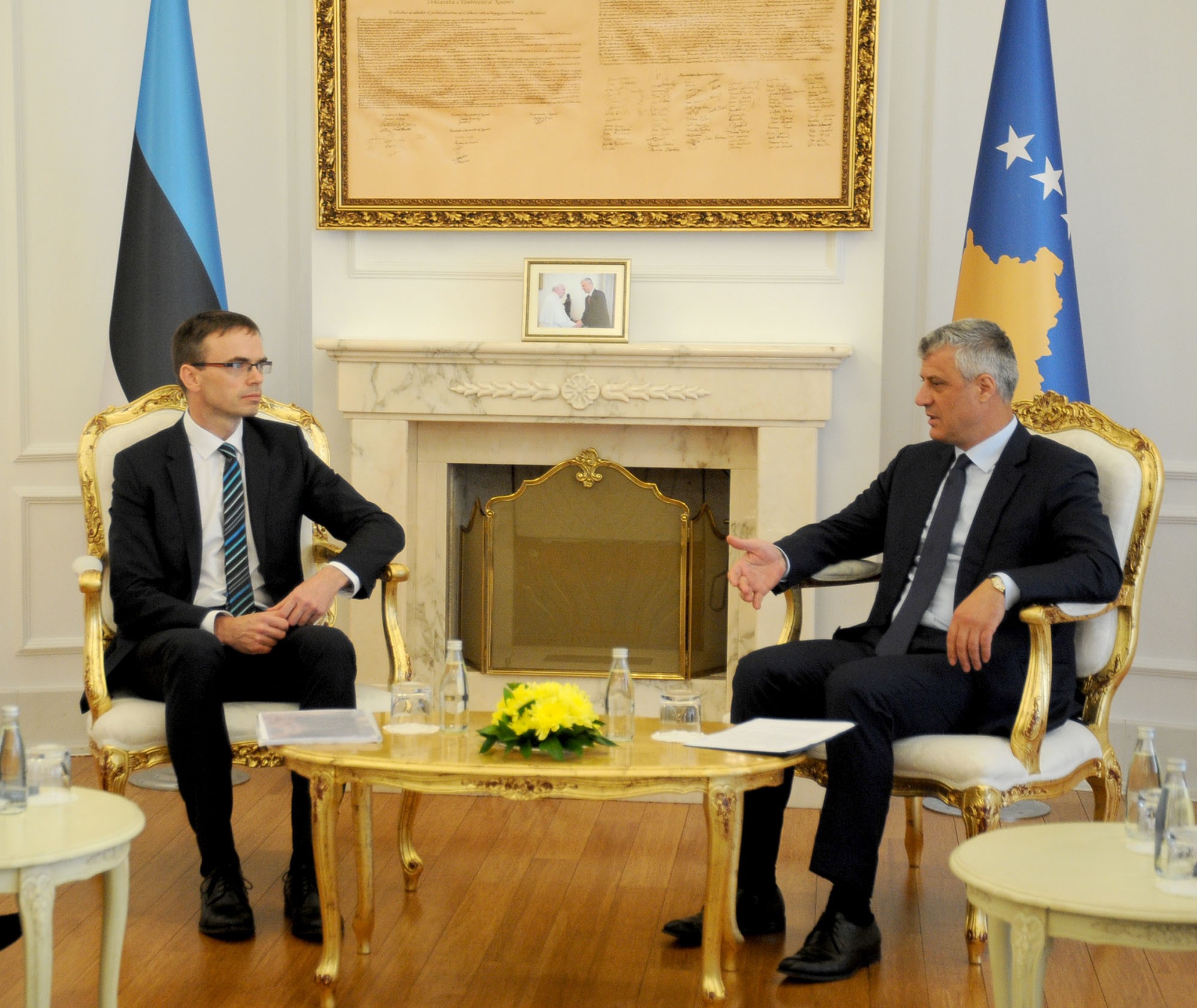 Thaçi extended his gratitude to Minister Mikser for the support that Estonia has given to the people and Kosovo following the declaration of independence.

He stressed that now that Estonia takes the next European Union’s presidency, Kosovo expects even greater support in implementing short-term priorities.

He stated that Kosovo’s membership in NATO and the European Union remains the only option for Kosovo’s citizens. However, Thaçi reiterated that the EU shall not delay the integration of the Western Balkans, as they are being used by great powers to destabilize the region.

While discussing on bilateral relations, the Thaçi urged that, in addition to diplomatic cooperation, they also extend to other areas.

On the other hand, Estonian Foreign Minister Sven Mikser stressed that Estonia will continue its support to Kosovo.

Statement of EU Delegation to Albania