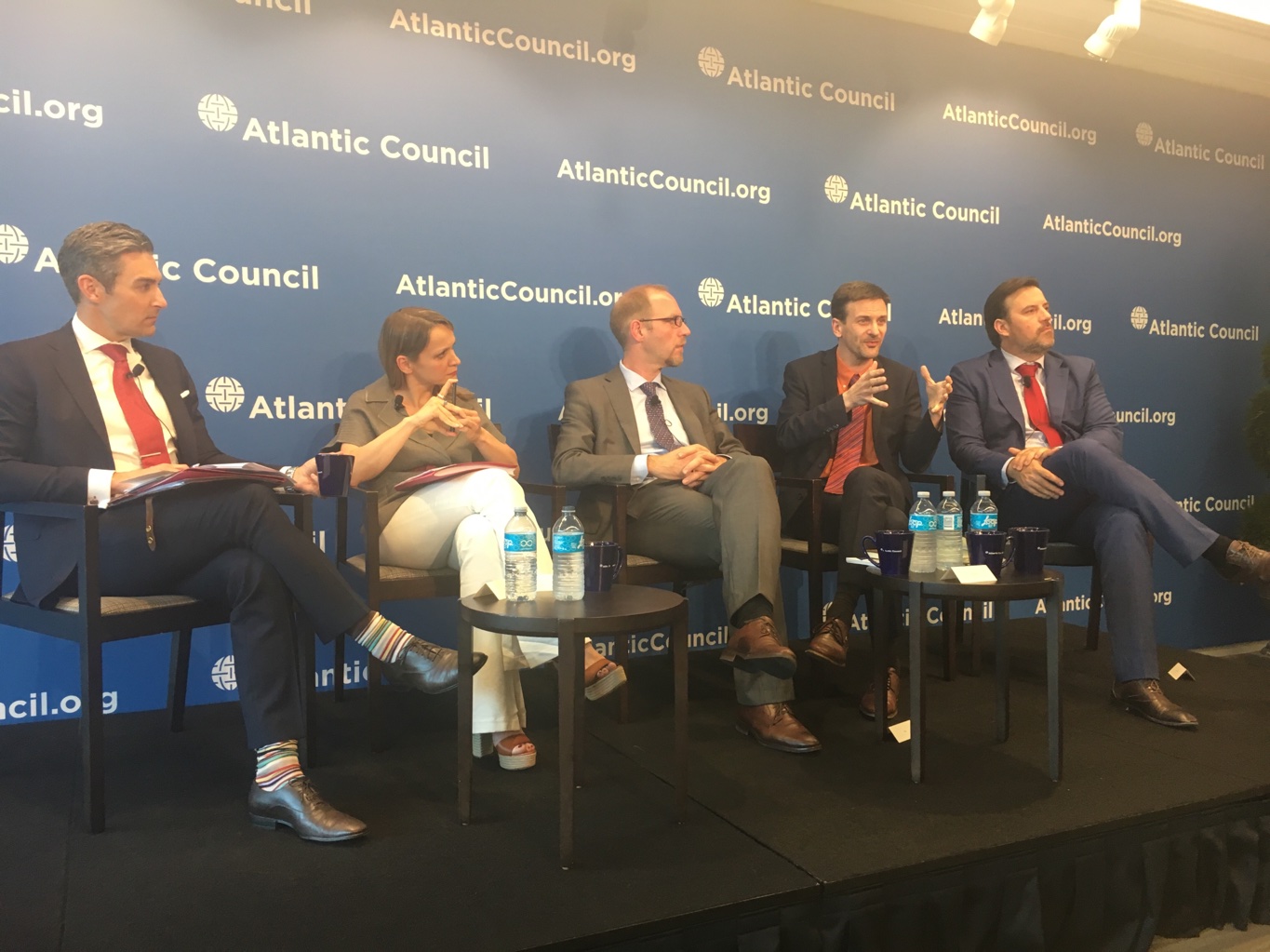 WASHINGTON – Atlantic Council, partnering with the European Fund for the Balkans, has organised a discussion on the topic Balkan Troubles: The European Perspective and the Case for US Engagement, on the 16th of May in Washington DC. Participants discussed on the role of the US in the Balkans, as well on democratic backsliding in the region.

Participants of the discussions were Dimitar Bechev, Director of the European Policy Institute, Florian Bieber, Director of the Centre for Southeast European Studies at the University of Graz, Milan Nič, Senior Fellow at the German Council on Foreign Relations and Majda Ruge, Fellow at the Foreign Policy Institute at the Johns Hopkins University. Moderator of the discussion was Damon Wilson, Executive Vice President at Atlantic Council, and the introduction speech was held by Igor Bandović, Senior Programme Manager at the European Fund for the Balkans.

Igor Bandović stated that this event was organised so that people could get a sense on the role of the US, when it comes to the Balkans.

Damon Wilson said that this event was a part of the “renewed” Atlantic Council commitment to the Balkans. Wilson said that “there is an uncertainty in the future of the Europe and even in the future of the US and its role in the world,” adding that if the US potentially stepped back, other external forces might be stepping in, such as “Russia, or even organised crime and foreign fighters.”

On the question regarding the dynamics in the region, Bieber said that there is a decline in the democracy in the region, and as a consequence there is “an increased engagement of external actors in a destructive manner, increased ethnic tensions, decline in bilateral relations, but all that is not the cause, but rather the effect,” adding that he does not see any progress in the countries of the region. He explained that the more serious commitment of the US and EU is needed and it could make an enormous difference.

Nič emphasised that the Western Balkans is troubled region, and also warned that possibility of violence in Europe “is not in Ukraine, it is in the Balkans”.
He explained that the US and EU need to understand that this is “a fragile moment in the fragile region.”
Answering on the question of Russia’s influence in the Balkans, Bechev said that he believes that Russia can capitalise on all the backsliding in the region, and added that the many of the problems, like corrupted governance, are indigenous to the region. He pointed out that the US and EU “do not need a huge amount resources and political commitment to keep things on track.”

Commenting on the Russian influence in the region, Bieber said that it represents a “low hanging fruit – an easy target”, which Russia is using in “the absence of a strong Western engagement.”
On the contrary, Majda Ruge – having lived in Saudi Arabia for the last two years, does not see the region as a problematic one. She said that the region of the Western Balkans in comparison to the countries in the Middle East and Northern Africa “is still a piece of cake to manage,” because of its pro-European and Western oriented population.

Bieber concluded that the biggest problem is the prospect of the end of enlargement. “In many countries of the WB citizens are committed to the enlargement, but the political leaders are not necessarily, so they are very good at faking it – putting up an institutions which look good on paper, but everyone who knows them, knows that the behind the scene the ruling happens in a very different way,” Bieber explained.

Mogherini, Western Balkan leaders to meet on May 24