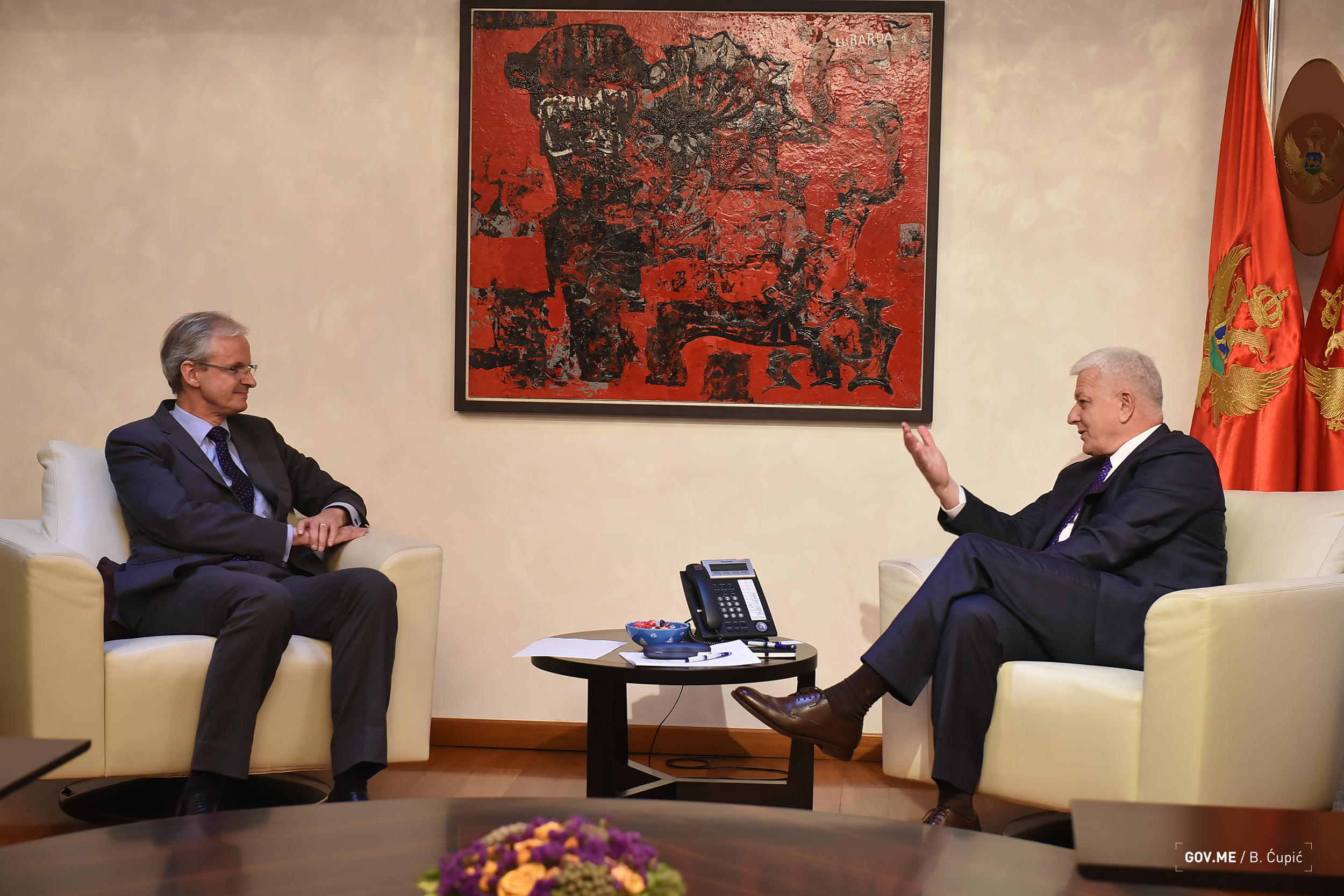 The meeting stressed the importance of peace and stability, economic prosperity, as well as good regional cooperation. Prime Minister Marković noted Montenegro’s commitment to this goal, expressing the hope that our negotiation process will continue by opening new chapters in June.

The Prime Minister announced the offensive Government approach to the implementation of key policies – creating conditions for higher economic growth, higher level of resource utilisation, employment growth and, ultimately, a better quality of life. it is important to strengthen institutional accountability and discipline to this end, as he noted.

The Prime Minister stressed the need to increase fiscal discipline, improve the business environment and implement structural reforms in public administration, education, health, labor market and social policy. As he noted, what is encouraging is the increased level of investment activity.

The officials jointly recognised the importance of strengthening the rule of law. In this respect, Danielsson reviewed progress in chapters 23 and 24, positively assessing the Government’s Programme of economic reforms and considering the fiscal consolidation process as extremely important. Prime Minister Marković pointed out the results achieved, such as an increase in revenues compared to the previous year, as well as a reduction of expenditure in relation to the plan.

Referring to the political situation in Montenegro, Danielsson said that boycotting Parliament is not the European method. Urging opposition to get serious, the Prime Minister said that there is no subject that can not be discussed in the Parliament.

According to Danielsson, the European Union will continue to support all the reform processes in Montenegro.

Hahn: Serbia has taken major steps on its EU path