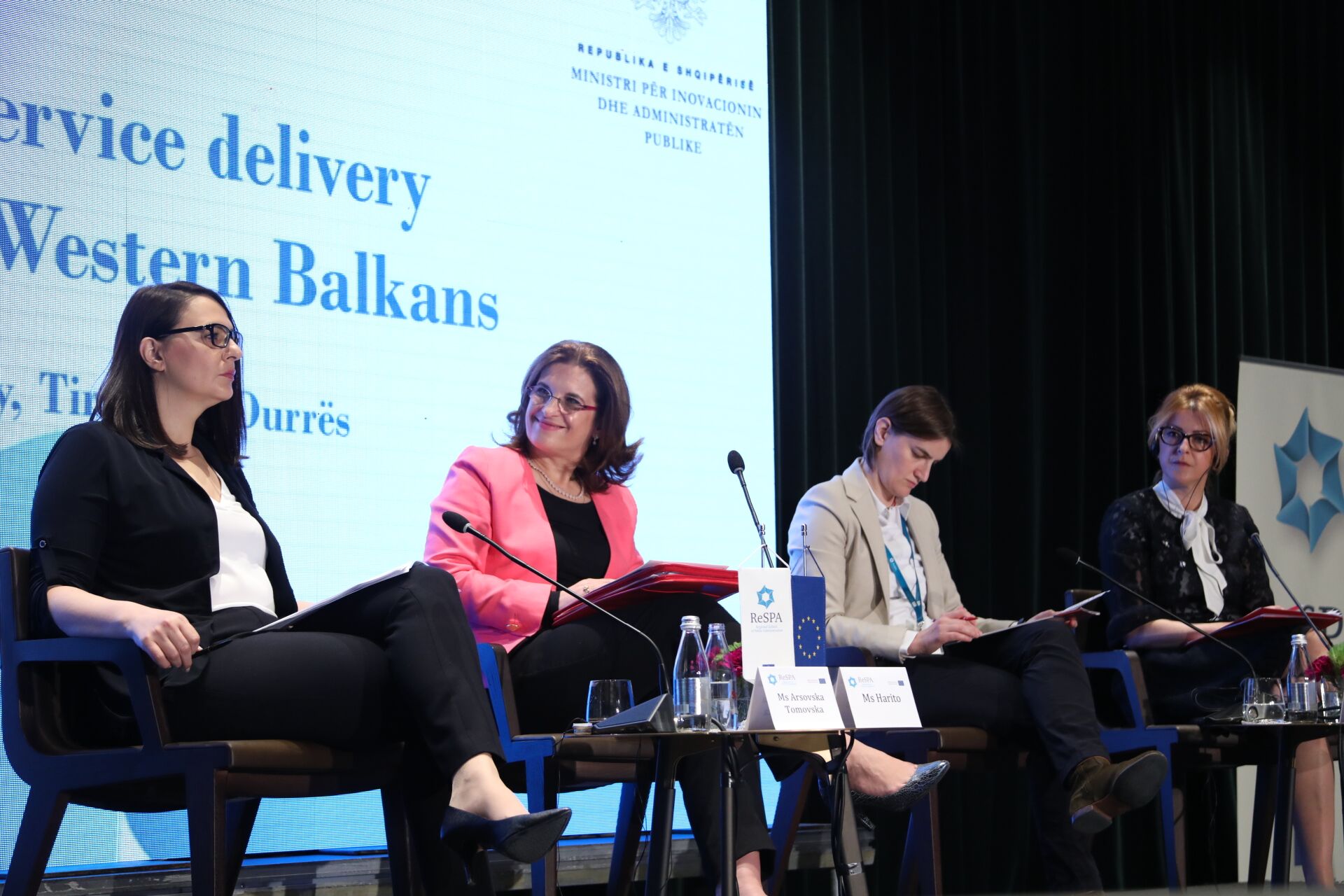 Panellists at the conference; Photo: Serbian Ministry of Public Administration and Local Self-government

TIRANA – Regional, ministerial-level Conference “Public Service delivery across the Western Balkans”, was held Thursday in Tirana. The Albanian Prime Minister and four Ministers from the Western Balkans Countries attended the Conference which was opened by Milena Harito, State Minister for Innovation and Public Administration, Republic of Albania and followed by Ratka Sekulovic, Director of ReSPA, ATA reports.

Examples from the EU best practices in the area of public service delivery system were also presented. The goal of the conference was to address all necessary preconditions for improving performance and quality of services provided to citizens and businesses, which would lead to rationalized, transparent and accountable new systems. The implementation of the Public Administration Reform remains a key priority for the accession agenda of the Western Balkan Countries in the European Union.

Government institutions are mandated by law to provide services to citizens and businesses. Despite expectations of beneficiaries, based also on the experience with customer service standards in the private sector, such as banks, telecommunications, etc. the problems they often encounter in interacting with these institutions have to do in various degrees with lack of information, transparency, accountability and efficiency, as well as cases of corruption.

The Conference had very high level attendance including 40 speakers from 6 WB countries, 9 EU Member States, neighboring countries and regional and European organizations and institutions. The event was closely organized by the Regional School of Public Administration (ReSPA) which is the inter-governmental organization for enhancing regional cooperation, promoting shared learning and supporting the development of public administration in the Western Balkans (WB) and by the Government of Albania (GoA), as a forerunner in this area of the PAR in Western Balkan region, also holding the chair of ReSPA Governing Board for the entire 2017.

Bundestag: Forming of new Macedonian government to be difficult