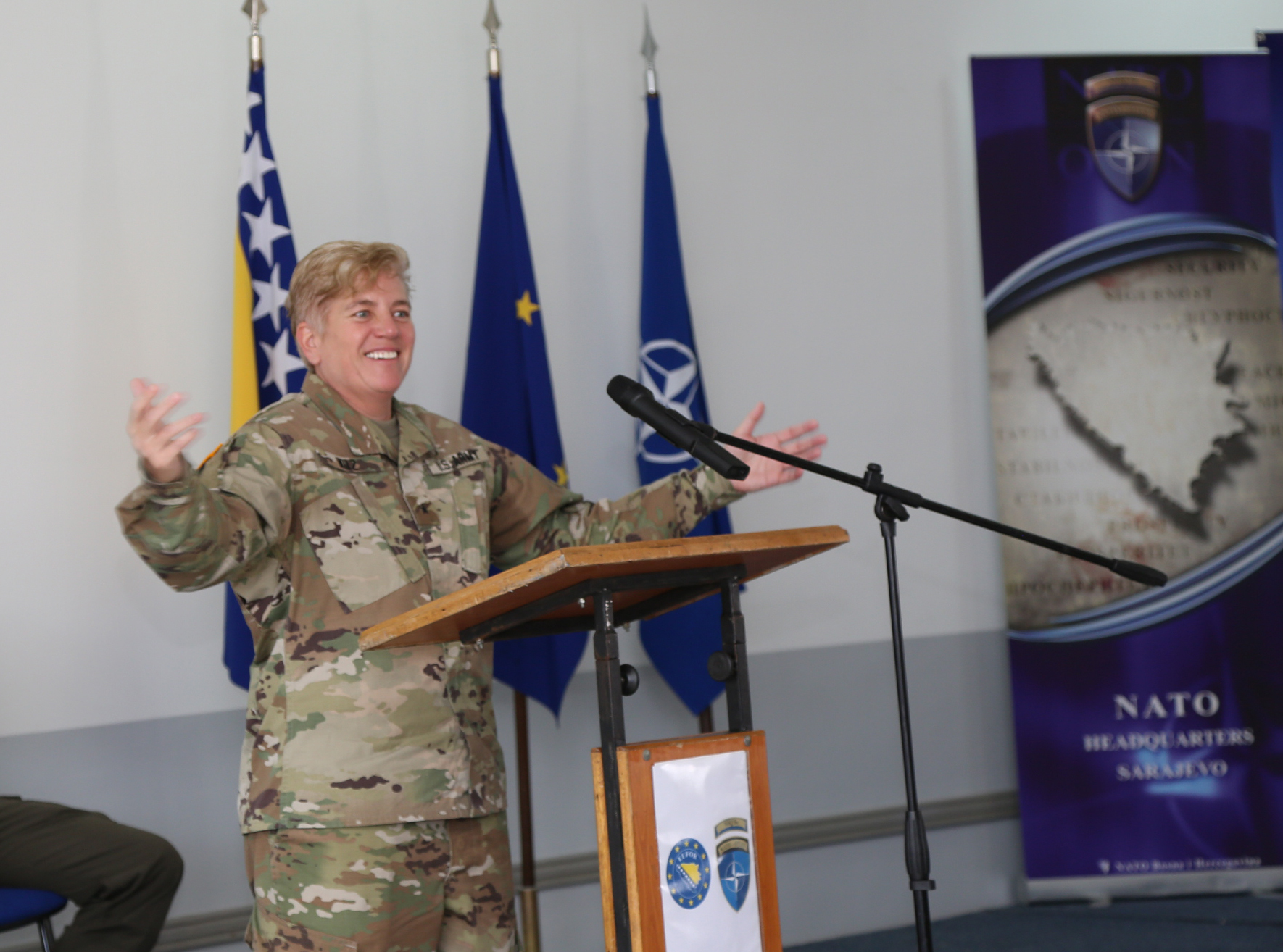 SARAJEVO – 94 civilian employees who have been working for NATO and EUFOR for more than twenty years were recognised in a “20 Years of Service Ceremony” at Camp Butmir on 19th May, EUFOR stated in a press release.On 19th May 2017 a ceremony was conducted in Camp Butmir, Sarajevo to honour 94 civilians who have given 20 years of service to EUFOR and/or NATO in BiH.  Both COMEUFOR, Major General Waldner and COM NATO HQ Sa, Brigadier General Giselle Wilz presided over the ceremony, each making a speech then handing out individual plaques to the employees being recognised.

COMEUFOR, Major General Anton Waldner, said in his speech: “…you are the constant here in Camp Butmir. You are the oil that keeps this organisation running. The important work that you do in the areas of linguistics, logistical services, engineering, catering, communications, billeting, clerical, cleaning, maintenance, finance, contracting, transportation and legal are vital to the success of our mission.”

COM NATO HQ Sarajevo, Brigadier General Giselle Wilz said: “We don’t often take the time to appreciate the sacrifice and service you and your families have given over the years, not only to NATO and EUFOR as organizations, but to the thousands of servicemen and women you have supported along the way.

We could not do what we do today for Bosnia and Herzegovina without your commitment and without your sacrifice.”

The event was followed by a reception where civilian and military staff had the opportunity to communicate discuss matters of interest in a relaxed atmosphere.

EU institutions on Kosovo: Elections are the heart and soul of democracy