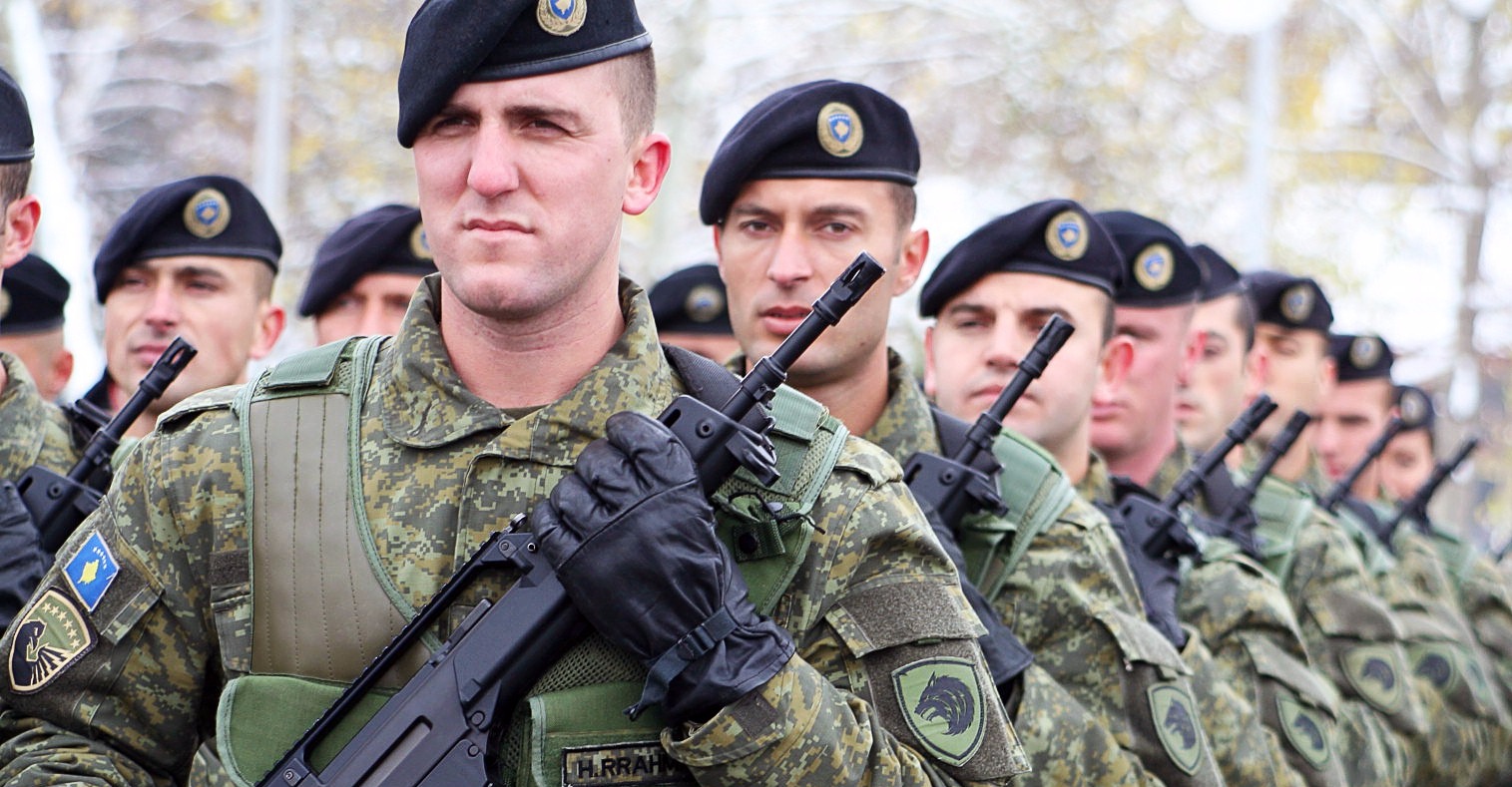 PRISTINA – The latest announcement of the President Hashim Thaçi in March this year that Kosovo will change its legislation in order to establish Armed Forces once again stirred tensions between Serbia and Kosovo but also provoked a fierce debate among different political parties in Kosovo.

The initiative is not new and it is part of a wider agenda that for the first time was brought to the public in 2014 when at that time Kosovo Government proposed a plan to transform Kosovo Security Forces (KSF) into regular armed forces by 2019. More precisely, the idea is to turn current KSF as a small, lightly armed security and civil defense force that conducts non-military security functions into a full-standing army comprising of 5, 000 active soldiers.

Yet, the Kosovo constitution does not allow establishment of the national army, thus the transformation of KSF would require constitutional changes for which the double majority is needed. In other words, two-third of the 100 Kosovo Albanian MPs and two-thirds of the 20 ethnic minority MPs need to vote in favour of the proposed changes. Bearing in mind that Kosovo Serbs have 10 reserved seats for minorities, it practically means that without their consent it is impossible to make proposed changes.

As a result, the President Thaçi came up with the proposal of amending the current Law on the KSF in order to bypass a Serb veto. However, the idea was rejected by NATO and EU.

Ultimately, the decision on establishing the army was halted which was met with disapproval by the opposition parties. Hence, having in mind the coming elections in Kosovo, it is interesting to explore the position of one of the strongest opposition parties on this issue.

Vetëvendosje (Self-Determination) until recently was registered as a movement, but in the upcoming elections on June 11 they will for the first time participate as a political party.

According to their representative, Boiken Abazi, a member of the Presidency, Kosovo “needs to establish a standing army as a normal component of any state”. Moreover, asked to explain the importance of having an army, Boiken emphasizes the need to “protect (Kosovo) people and territory from Serbia’s continuous threats, and in order to join NATO”. Hence, he stresses that despite “publicly stating our skepticism regarding the seriousness of this particular initiative proposed by him (Thaçi), we have supported, in principle, the idea of advancing the competences of the current Kosova Security Forces”.

Further, the opposition that comes from Kosovo Serbs Vetëvendosje sees as essentially the position of Belgrade that, they believe, instrumentalises Kosovo Serbs political leaders. Therefore, Abazi points out “It is very hard to get the sincere opinions of the local Serb population in Kosovo regarding such vital issues”.

Moreover, even though the latest proposal would go against the Constitution of Kosovo, Vetëvendosje believes that since the constitution was never voted in a referendum by the citizens, it is not a really an expression of the will of the people, but rather a product of an international pressure. As a result, Abazi states, the Constitution has provided Kosovo Serbs with disproportionate power that “goes beyond any concept or standard of minority rights” and thus they cannot decide on such vital matters such as establishment of the army.

Nevertheless, he underlines the readiness of Vetëvendosje to enter into dialogue with Kosovo Serbs on this issue in order to gain their support on this and other matters crucial for the country.

Therefore, the topic of the potential Kosovo army will continue to be part of the political agenda in the country regardless of the composition of the future Government. It is left to be seen whether and how the resistance of both Kosovo Serbs and international community will be overcome, as well as what steps the leaders in Pristina are ready to make.

What does Kennedy have to do with transphobic violence in Serbia?