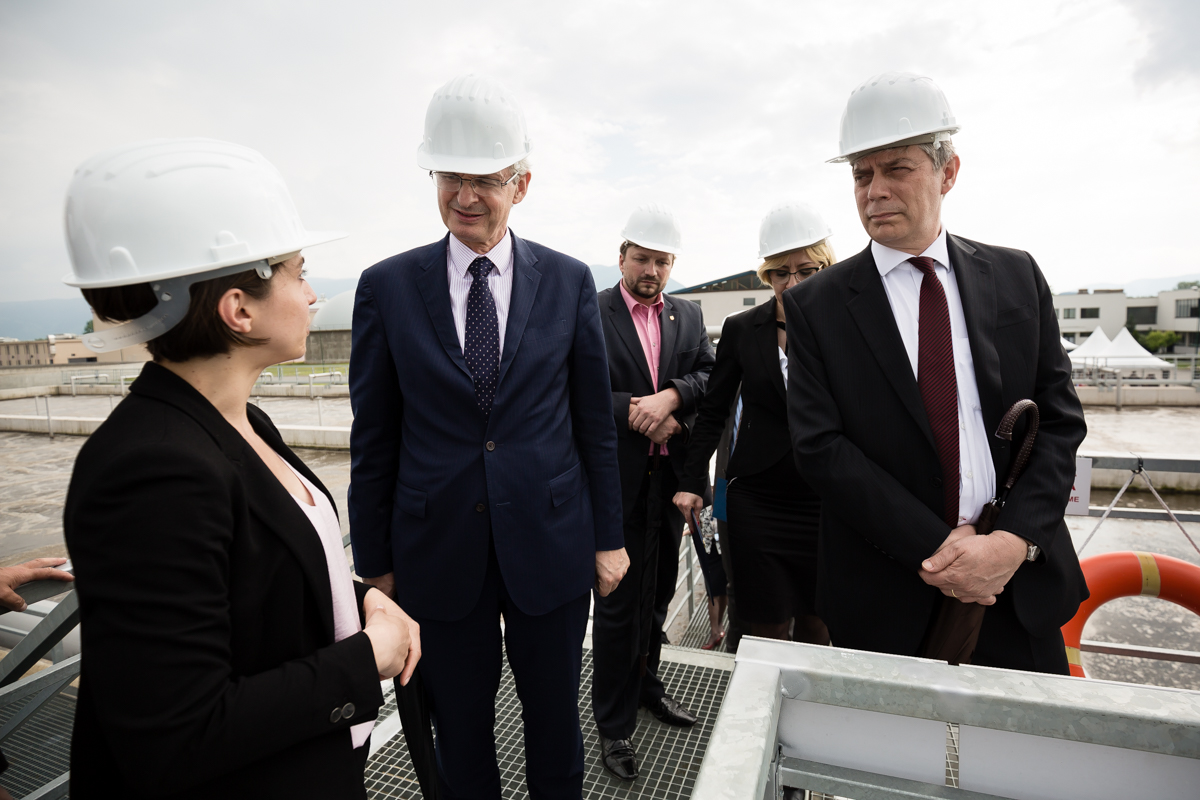 The Waste Water Treatment Plant (WWTP) Butila in Sarajevo  was officialy opened on 22 May, marking the final phase of the EU-funded project “Reconstruction of the Waste Water Treatment Plant ‘Butila’ in Sarajevo”. The inauguration was the final step of the successful cooperation between the European Union, the World Bank, BiH institutions, the Sarajevo Canton, and the public utility “Vodovod i kanalizacije“ Sarajevo.

Commending the efforts of all partners in the project, Director-General for Neighbourhood and Enlargement Negotiations Christian Danielsson noted the importance of reducing the pollution of waters and improving the quality of life of the Sarajevo Canton citizens. “The main objective of this project, supported by the EU funds is to reduce the pollution of surface waters from urban wastewater which was discharged without treatment directly to the Rivers Miljacka and Bosna. This project is the concrete example of what the EU integration is all about. By this water treatment plan BiH will lift up to the EU standards when it comes to water treatment” said Director-General Danielsson. Director-General Danielsson reminded that Bosnia and Herzegovina still lacks an adopted country-wide strategy for the environment sector, and therefore is not eligible for support under the main EU assistance fund for Bosnia and Herzegovina IPA II. “The European Union has developed high standards in the area of water management which BiH, as a country aspiring to join the EU, needs to comply with“, said Director-General Danielsson.

Igor Palandžić, Acting Director of the World Bank Office in BiH noted that this was the last step in the completion of the cycle of water treatment projects that the World Bank implemented in cooperation with the European Union.  “The plant in Butila represents the most significant one, since it is one of the largest in the region, not to forget to mention the ones in Ljubuški and Živinice that significantly contributed to environmental protection“, Palandžić concluded.

Nezir Hadžić, Director of the public utility “Vodovod i kanalizacija”, pointed out the benefits of the WWPT.  “The main goal is protection of the river Bosna, and reconstruction of this plant will certainly have a positive impact on sanitary and environmental conditions in the Sarajevo Canton“, Hadžić added.

Edita Đapo, FBiH Minister of Environment and Tourism explained that infrastructure projects are a precondition to the proper management and environmental protection.

“This event today is a confirmation of success and coordinated activities of local and international technical expertise with the support of adequate financial resources“, Minister Đapo said.

The overall budget of the reconstruction amounted to EUR 25.6 million with the EU contribution of EUR 13 million. The project supported the repair and replacement of primary and secondary sewers in Sarajevo, the improvement of the efficiency of the waste water collection network in the Sarajevo Canton, the reduction of pollution of surfaces waters from urban wastewater which is discharged without treatment to the Rivers Miljacka and Bosna, as well as contributed to the improvement of the living conditions for the population in the Sarajevo Canton.

Yee: Vucic to have stronger mandate as president

Three chapters to be opened in late February or early March