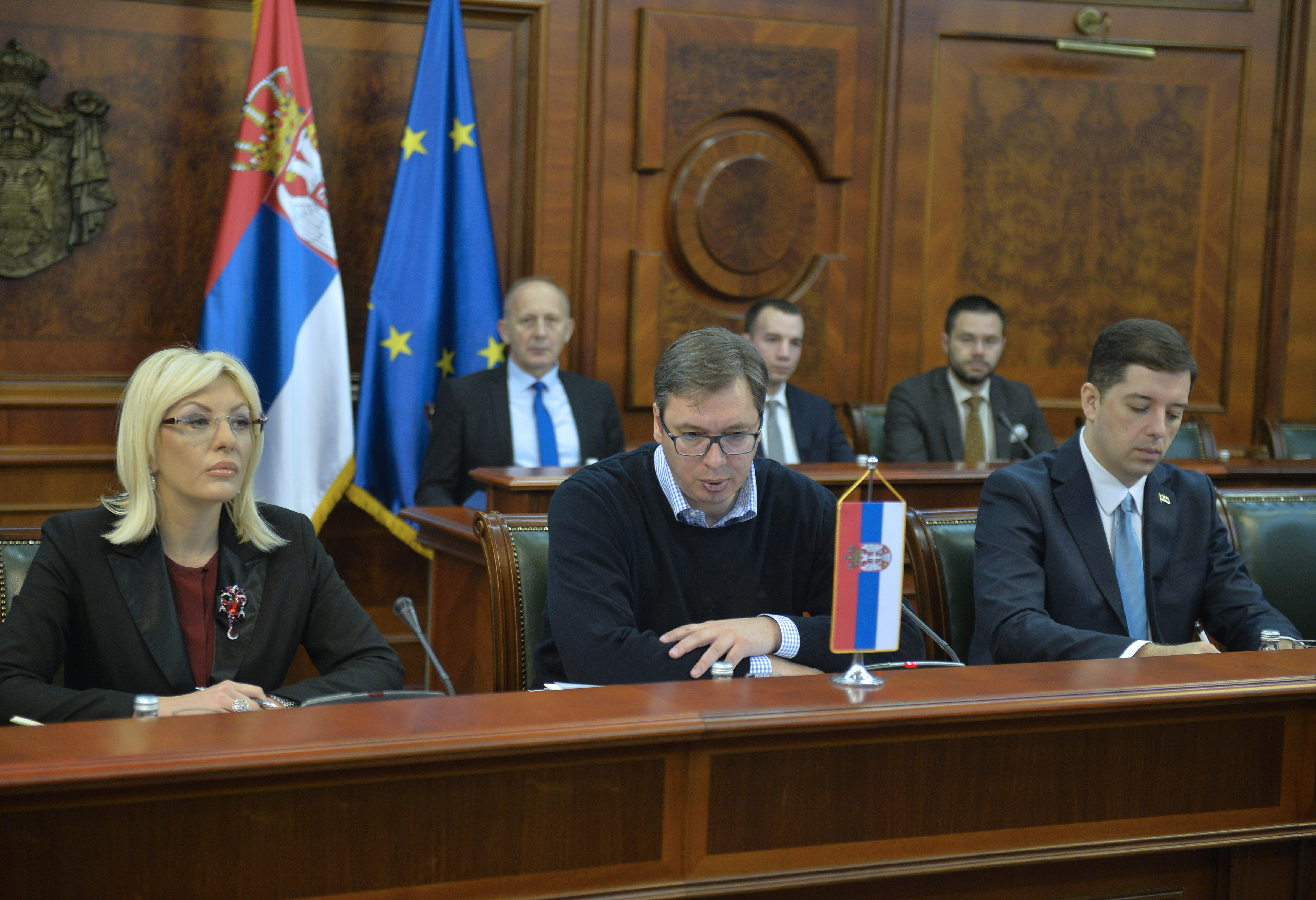 Jadranka Joksimović, Aleksandar Vučić and Marko Đurić at the meeting with the ambassadors; Photo: Tanjug/Rade Prelić

BELGRADE – Meeting with ambassadors of EU member states and EU Charge d’Affaires Oscar Benedict on Friday, Serbian PM and President-elect Aleksandar Vučić said Serbia would not change its priorities and goals during his presidency. The meeting was also attended by Director of Serbian Office for Kosovo-Metohija Marko Đurić and Minister Without Portfolio in Charge for European Integration Jadranka Joksimović, Tanjug reports.
Vučić said he would work on maintaining regional peace and stability and strengthening cooperation with neighbours to create a different economic environment.

“I will work on creating a single economic zone and on topics of strategic significance to the country, such as dialogue with representatives of political parties in the country that are interested in dialogue, to create a better atmosphere,” he said.

Also discussed at the meeting were EU recommendations in the European integration process, the standstill in the talks with Pristina and problems with forming the Community of Serb Municipalities, and reports on Chapters 23 and 24.

Privatization of extractive enterprises in Kosovo: How can they succeed?