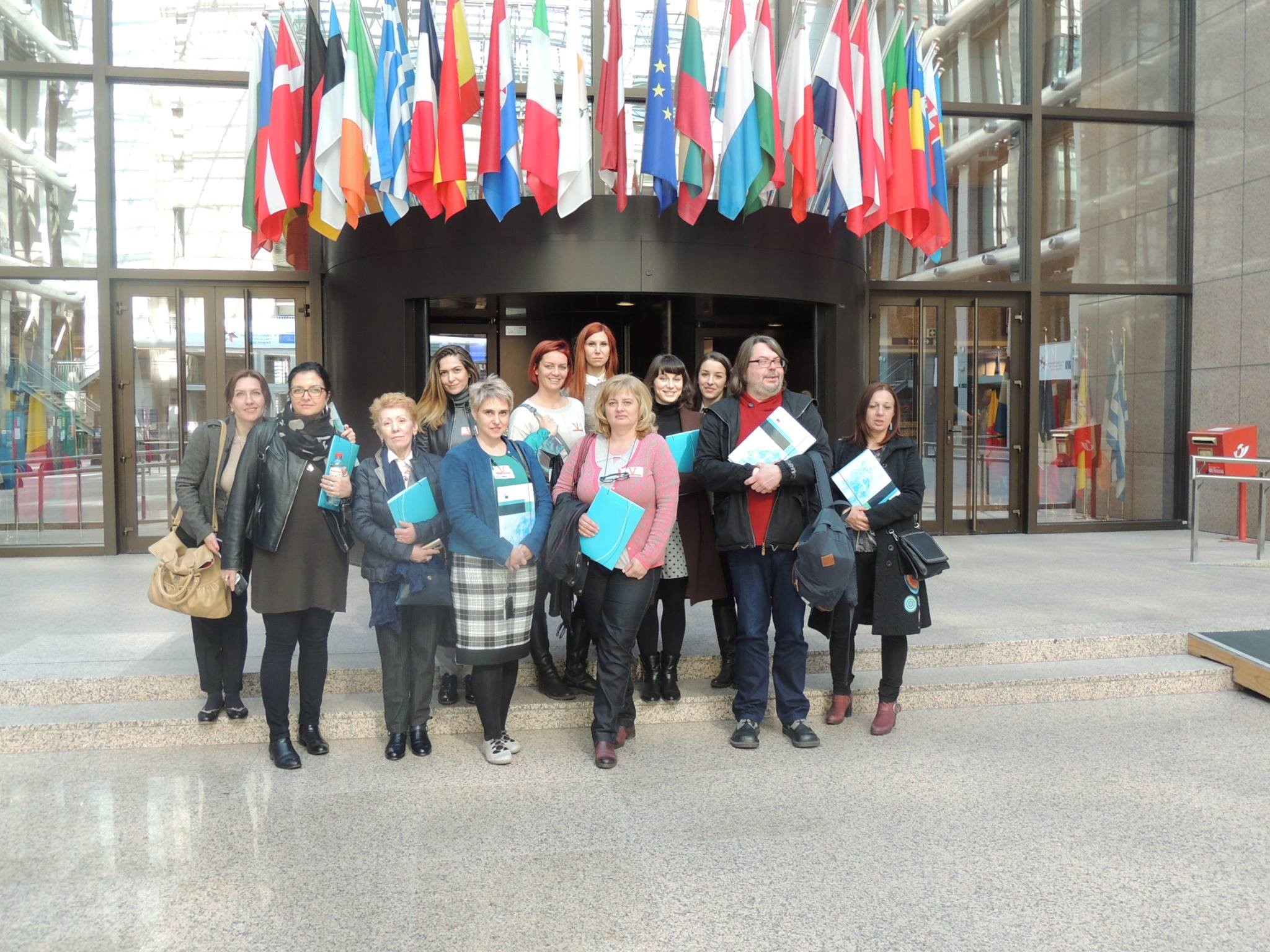 At the end of March, eleven librarians from Serbia came back to Belgrade full of new ideas and impressions. During a 4 days visit to Brussels they visited many libraries of the Belgian capital city and also the EU institutions.

This visit was part of a larger project, named EUTEKA – EU u vašoj biblioteci, connecting Serbian public libraries that offer their visitors publications and information about the European Union.

The EUTEKA project includes 48 public libraries from all around Serbia. It is supported by the Delegation of European Union to the Republic of Serbia, the Serbian European Integration Office and the National Library. The main goal of EUTEKA project is to inform Serbian citizens about the EU, its values and Serbia’s accession.

“When I applied for the travel I was expecting to come back as a better informed librarian in order to offer better information to my citizens about all issues concerning EU. And now I feel exactly like that”, says Ljiljana from the National Library of Novi Sad, who admits she was not well informed about the functioning of EU, and that she is now aware what the European path means for Serbia. “Now I know that about EU our people have too much prejudices and that we need to work on their constant education ” – added Ljiljana.

Apart from the institutions, the librarians had a chance to talk with their compatriots from the Serbian Diplomatic Mission in Brussels in order to get their impressions about the meaning of the work for European institutions.

Back in Serbia, librarians agree that they learned not just the way of functioning of European libraries, but also that the European Union has an educative mission and it is not just a “cold institution”, something that Nina, from National Library of Kraljevo, used to think. “To read articles or watch TV emissions about Acropolis or Colosseum is not the same as taking a walk there. In the same way, to read about European values and to see them applied to everyday life cannot have the same meaning” – added Nina.

Moreover, this visit had a human dimension too. For many of librarians, in fact, this was the first time they visited Brussels and they had a chance to spend their free time walking in the  city and discover new things. As for them being a librarian is much more than a profession, is a state of mind, they spent their free time to visit those libraries that were not included in the programme, such as MUNTPUNT, where they had chance to make a comparison between Serbian public libraries and Belgian ones.

Apart from the knowledge they got from this travel, the librarians agree that many people would have benefit from having a new understanding about Europe, as “all our citizen should have” – says Andrej, from National Library of Zrenjanin. Concerning their future, librarians have no doubts, as Marija from National Library “Vuk Karadžić” explains: “the working atmosphere has been so wonderful, as well as the company of colleagues whom I enjoyed in the free time, that I think this is the beginning of a cooperation among libraries that will regard not just EUTEKA but also future projects.”

Giorgio Fruscione is an Italian journalist and an intern at the EU delegation in Serbia.