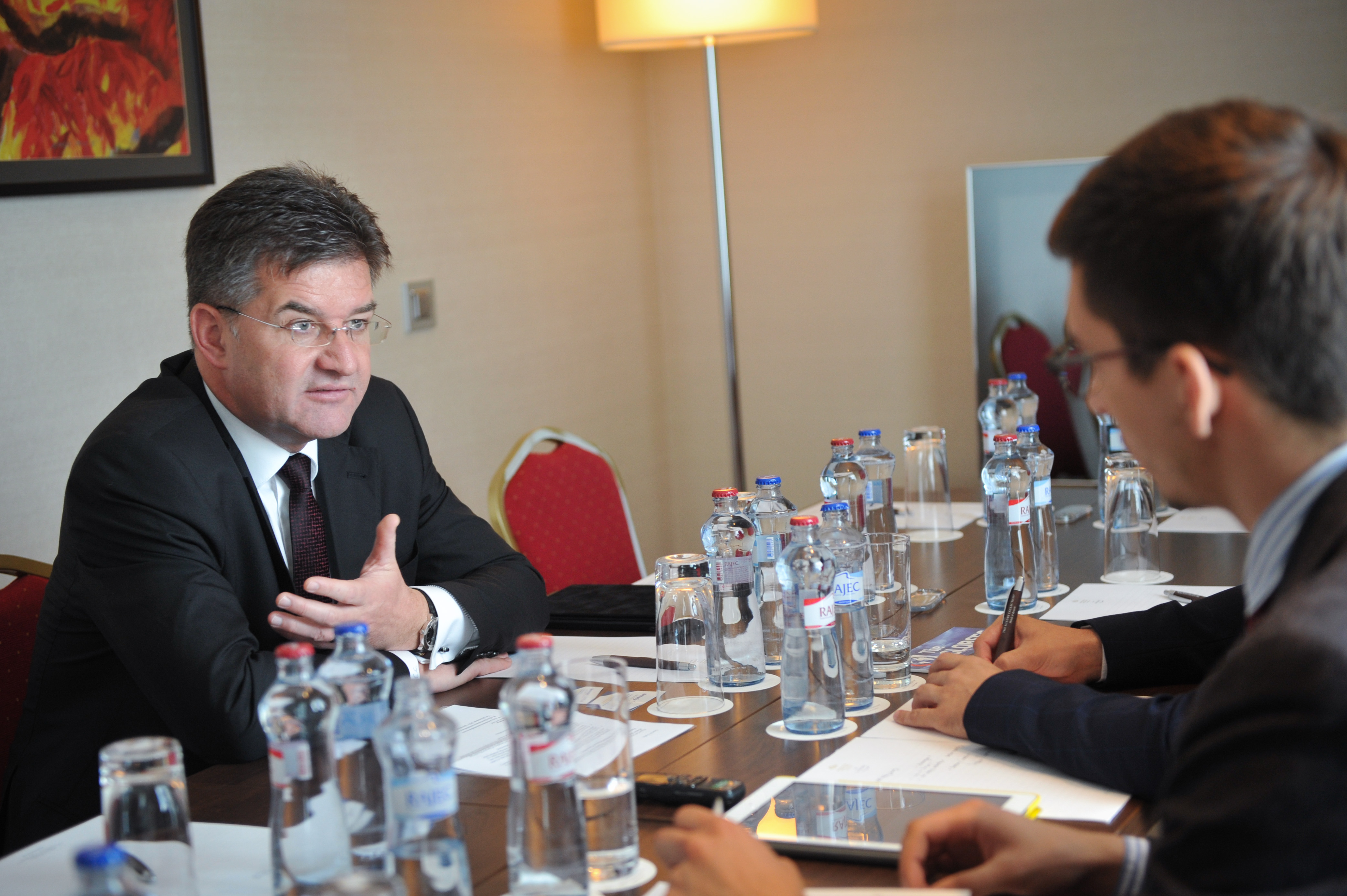 During this years’ GLOBSEC – Bratislava Global Security Forum, we spoke to Minister of Foreign Affairs and Deputy Prime Minister of Slovakia Miroslav Lajčak. In the interview he answered our questions on the European integration process of the Western Balkans, the situation in Bosnia and Herzegovina, Montenegro’s membership in NATO, Russian influence in the region, and nationalistic rhetoric of the regional political elites.

European Western Balkans: During this presidency of the Council of the European Union, there was an improvement in the EU’s enlargement policy, but the process slowed down in the previous period. What do you see as the key factors for this slowdown?

Miroslav Lajčak: Yes, indeed. The process had slowed down. The reasons for that were internal issues that the European Union was challenged with and had to deal with – first the economic crisis, then the migration crisis. Enlargement continues to be one of the major policies of the EU. The rules of the process have not changed, but the general support of the public has decreased which is less spoken about. For that reason, we made it one of the four priorities of our presidency with the aim to recapture the credibility of the process. I think we have succeeded in that. The answer to the question about the future of enlargement is in the hands of the candidate countries because the EU will do its part. The progress that Montenegro is demonstrating, clearly confirms that.

EWB: It can be heard that the Bosnia and Herzegovina is at risk to become a ‘fail state’. How would you assess the current political situation in the country? Do you think that the country is doing well on its path towards the EU?

EWB: You also were the EU’s supervisor to the 2006 Montenegro independence referendum. Is the Montenegro membership in NATO the most important milestone in its history after gaining the independence?

ML: Yes, I think so. It is very important because it anchors the country in the community of Western European democracies.

EWB: How do you see the consequences of its membership in NATO for the broader region?

ML: The consequences are positive for all those states who are also hoping to join NATO in the future because it shows that the open-door policy of NATO is there and it is credible and that NATO delivers when the country delivers. Speaking about delivering, one thing I want to stress is that Montenegro demonstrated very clearly and unequivocally its commitment and it was also proven by concrete steps. Among them, 100% alignment with the foreign policy statements and the actions of the EU and NATO. Actions that did have also a negative impact on Montenegro itself but there was no doubt that it is not a game, it is a strategic decision of the Montenegrin leadership and that was appreciated.

EWB: You know the region very well, so what do you think about the Russian influence in the past two years?

ML: For me, the Russian influence is a logical consequence of the engagement of the EU. One cannot hide the fact that the EU became much less visible and active on the political level. That is how it works – you must not be surprised that other players who are also interested in having the role and say in the region have used the space that has been emptied by the EU.

ML: It is not either – or. No one says that by joining the EU you have to hate Russia or cut your relations with Russia. It is about geostrategic orientation. You want to be a part of the EU – that means you have to undertake certain steps and make political decisions. No one really forces you to start this, but you have to be clear. Or if you want to have friendly relations with the EU but you do not want to be a part of the EU, then you have to decide whether you want to join a different union or you want to continue existing on your own. I really believe, also based on my own country’s experience, that there is no better perspective for our countries, for countries in this part of the world than the perspective of the membership in the EU.

EWB: Speaking about the membership, besides adopting the acquis communautaire, it is also important to adopt certain values. Some NGOs from Serbia, as well as the Serbian opposition, are worried about the decrease in the democratic standards in Serbia, especially in the field of the rule of law, media freedom and freedom of speech. How would you assess the current state of democracy in Serbia?

ML: Indeed, membership in the EU is a political process, which is based on technical criteria, but it is in no way a technical process. One cannot go without the other. Obviously, the political commitment and support from within it are of crucial importance. Speaking about the media in Serbia – yes, indeed, there are many signals showing concerns and the situation raises question marks, which was also reflected in the Progress Report by the EC. We have also received a number of signals during the recent presidential campaign. The media are privately owned, but there are legitimate concerns about the influence of the state and political forces over the independence of media. I really believe that the OSCE’s representative for the freedom of media is the right address to ask for an objective assessment.

EWB: After President Ivanov gave the mandate for the formation of the new Macedonian government to Zaev, it looks like that the people in Macedonia are now more enthusiastic on the future Euro-Atlantic integration of Macedonia. How do you see that the future of Macedonia in those integration processes and do you expect that the member states will help Macedonia in a way to overcome the current political situation, as well as disputes between the Macedonia and Greece?

ML: I really hope that the formation of the government and the mandate of Zaev marks the end of the political crisis that has unfortunately influenced the political developments in Macedonia. As a result, the society is divided. The first thing that needs to be done is to try to unite the society, to bridge the gaps and to overcome the divisions. The logical agenda or the issue that could help to achieve that are Euro-Atlantic integrations. That is something that majority population is supporting. We want to see a return to normal democratic processes in Macedonia and restarting the commitment to the European integration, and I am sure that the European family will assist Macedonians on this path.

EWB: How do you see the nationalist rhetoric of the political elites in all the Western Balkan countries?

ML: It is there, it is part of the political culture of the region. I am not happy about it. It is not helpful, but it works with the voters, so, therefore, the political leaders are using it. Apparently, the voters react more positively to the nationalistic rhetoric than to the pro-European rhetoric. Again, I would say that part of the answer might lie in the fact that the European perspective is seen as less tangible compared to some years back, and therefore to overcome this, we have to bring the EU perspective closer, make it more credible, and therefore the European rhetoric will hopefully, gradually replace the nationalistic rhetoric.