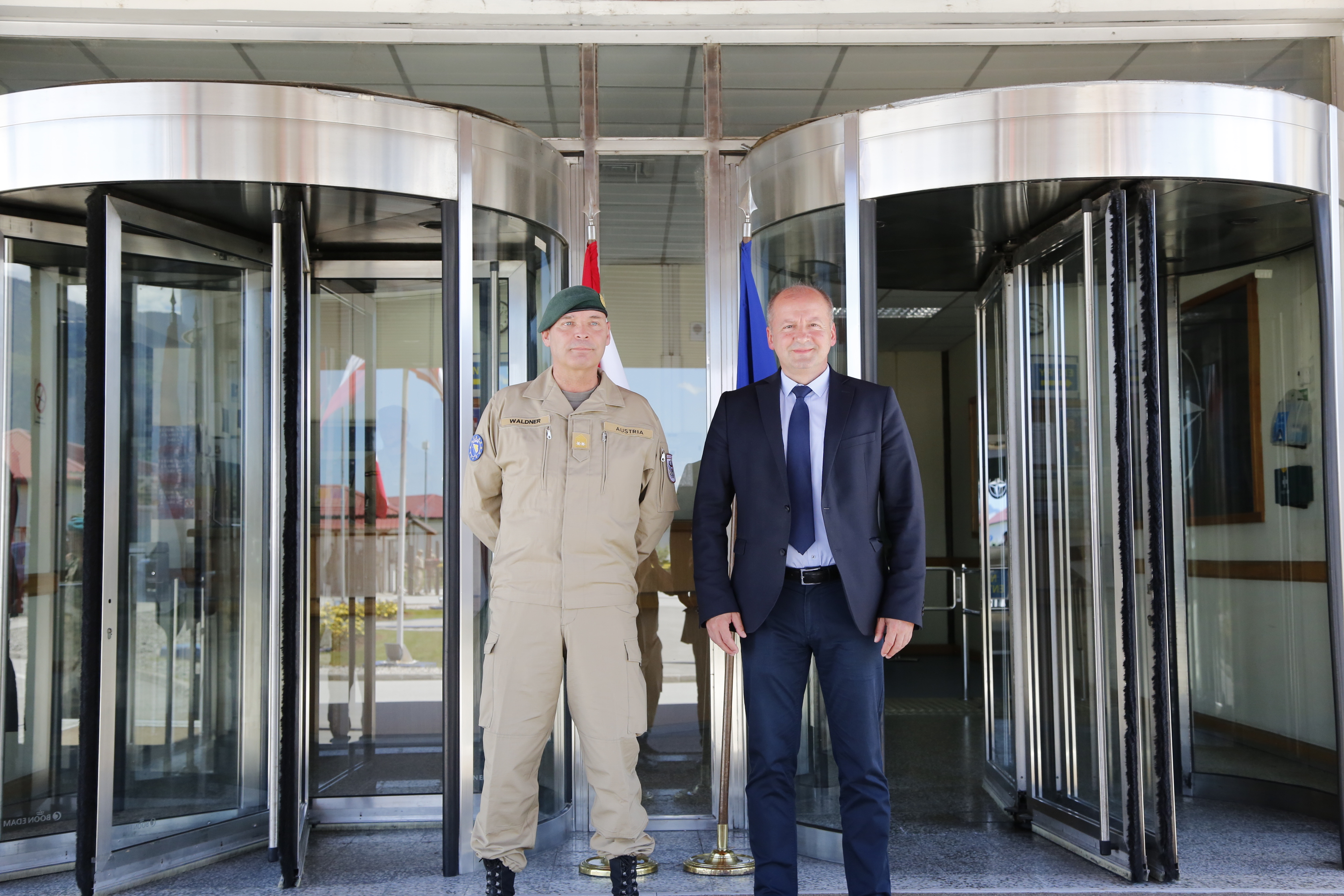 Commander of EUFOR, Major General Anton Waldner, welcomed the Hungarian Minister to Camp Butmir. He was accompanied during his visit by the Hungarian Ambassador to Bosnia and Herzegovina, Jozsef Negyesi and Hungarian Chief of Defence, General Tibor Benko.

Major General Waldner took the opportunity to thank the delegation for the continued support of the Hungarian Armed Forces and also praised the professionalism of the troops serving in the mission.

EUFOR Operation Althea is currently made up of soldiers from 14 EU member states and 5 partner nations. EUFOR’s mission is to contribute to the maintenance and stability of a safe and secure Environment in Bosnia and Herzegovina and to promote a climate in which the peace process can continue.

EUTEKA project in Serbia: How to become an "European librarian"?

Besides Serbia, the other countries from the Western Balkans: Montenegro, Albania, Bosnia and Herzegovina, Kosovo a… https://t.co/ZpvOnFysjA

Reply Retweet Favorite
During the second day of his visit to Kosovo, EUSR @MiroslavLajcak said that “there are no obstacles to reaching a… https://t.co/M9SsOAJfRy

Reply Retweet Favorite
[OPINION] The Macedonian 🇲🇰 government and its national human rights bodies will need to pick up the pieces of the… https://t.co/enOwuVdhZe

Reply Retweet Favorite
The EU Special Representative for the Belgrade-Pristina dialogue @MiroslavLajcak arrived in #Kosovo yesterday and b… https://t.co/cGSKZnOJOD