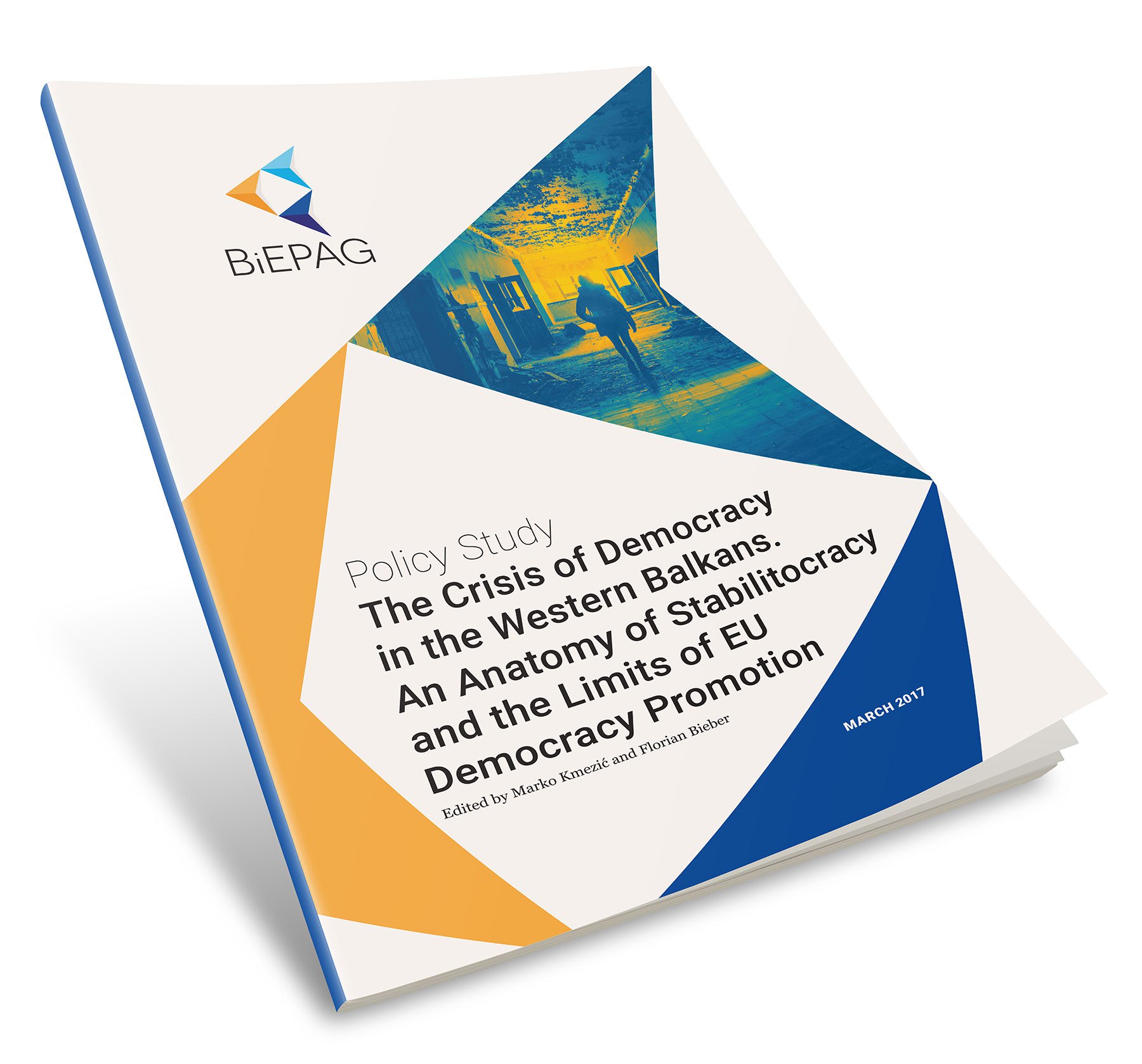 The new BiEPAG policy study, “The Crisis of Democracy in the Western Balkans. An Anatomy of Stabilitocracy and the Limits of EU Democracy Promotion”, has shown that the state of democracy and freedom has been backsliding or stagnating in the countries of the Western Balkans over the past decade. Through exploring the signs of democratic regression across the region, this document underlines that concepts such as “illiberal democracy” or “competitive authoritarianism” are in the rise.

The study finds that the recent rise of illiberal tendencies in several EU member states has called into question the EU’s transformative power of its enlargement policy. This is particularly obvious in the Western Balkans, where the EU is failing to live up to its promise to deliver democracy to those countries engaged in the process of joining the Union.

The study underlines that the EU needs to sharpen its focus on monitoring the aspiring members on their paths to stable and prosperous democracies governed by the rule of law. If it does not, the risks for the region, and for the EU by extension, are considerable. The findings of the study are forming the basis for a detailed set of recommendations on how to counter illiberal tendencies in the enlargement region.

You can dowload the publication here.