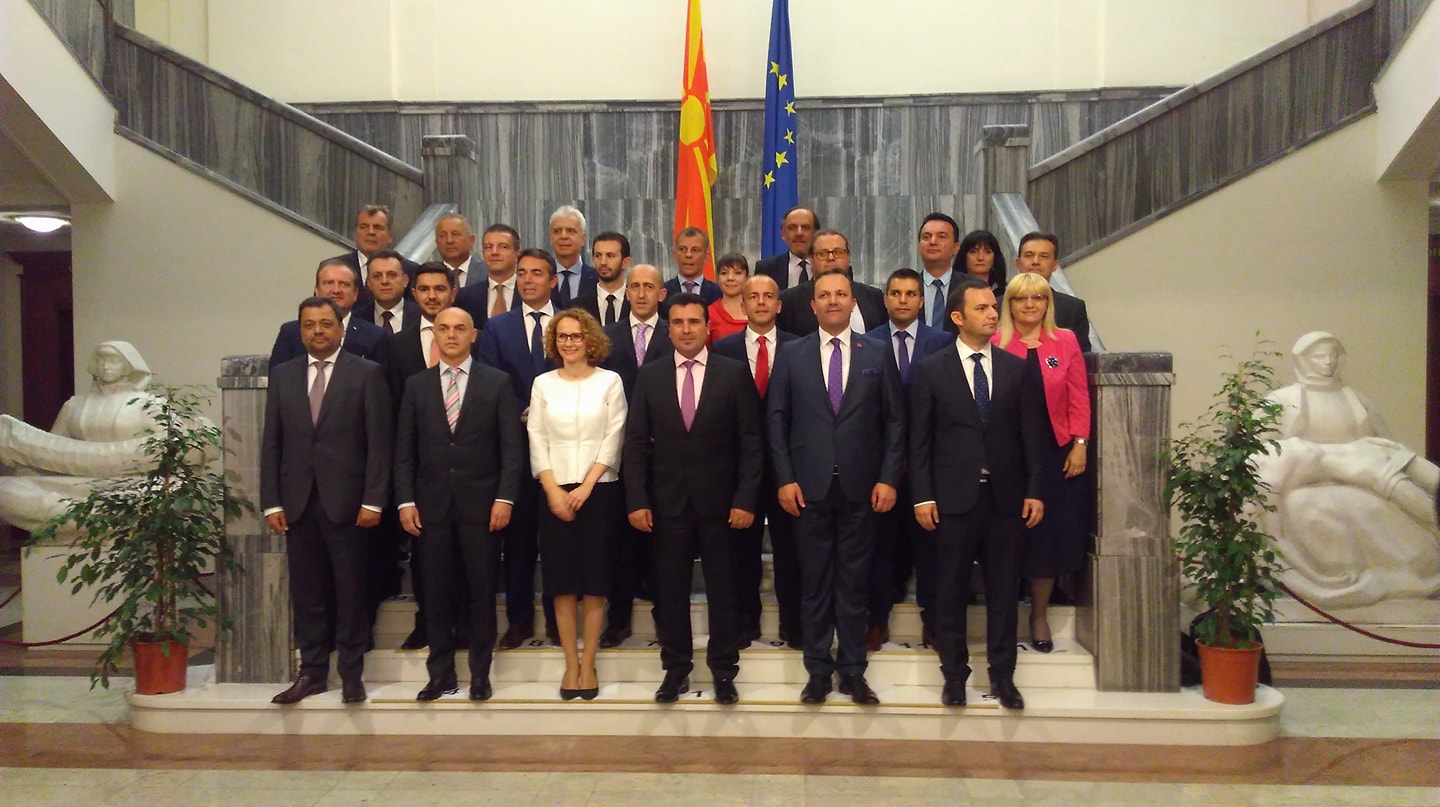 SKOPJE – With 62 votes “for”, from a total of 111 MPs, just before midnight, the Parliament of the Republic of Macedonia voted for a new government led by the Prime Minister Zoran Zaev. The new government did not win the support from 44 MPs who voted “against”, and five “abstentions” from MPs from the Besa Movement, Meta reports.

The new Prime Minister, straight after the election was sworn in, and vowed he would perform his function conscientiously, responsibly and respect the Constitution and the laws of the Republic of Macedonia and he then signed the formal statements.

Before the voting, the leader of VMRO-DPMNE, Nikola Gruevski addressed MPs, as did the new Prime Minister, Zoran Zaev. Gruevski said that in the past 11 years, while VMRO-DPMNE was in power, many reforms were implemented, many issues were resolved and that Macedonia “had not had a government with higher performance and progress in this period”, but in recent years, the party became subject to “operations from external centre with goal to change the government”.

He said that VMRO-DPMNE will closely monitor the workings of the new majority and will strongly fight for the interests of the country.
The SDSM leader, Zoran Zaev in his address to MPs, before being elected as the new Prime Minister, thanked all MPs for what he describes as exhaustive discussions in the past few days and for the positive atmosphere and he responded to comments, criticisms and suggestions from all almost MPs who asked to address the new PM.

He promised that the new government will “teach a lesson in economics” and that is how justice will return to the country, but he also called on MPs to help in decision-making in the interest of the state, such as resolutions over the name dispute with Greece.
Zaev said that he and his cabinet will work on unification, not division, in the interest of all the citizens.

Outside the main entrance of Parliament, a group of SDSM supporters and members of the “Colourful Revolution”, Zaev’s ministers welcomed them with cheers, “victory, victory”, and “Nikola, there is no escaping Shutka Prison”.