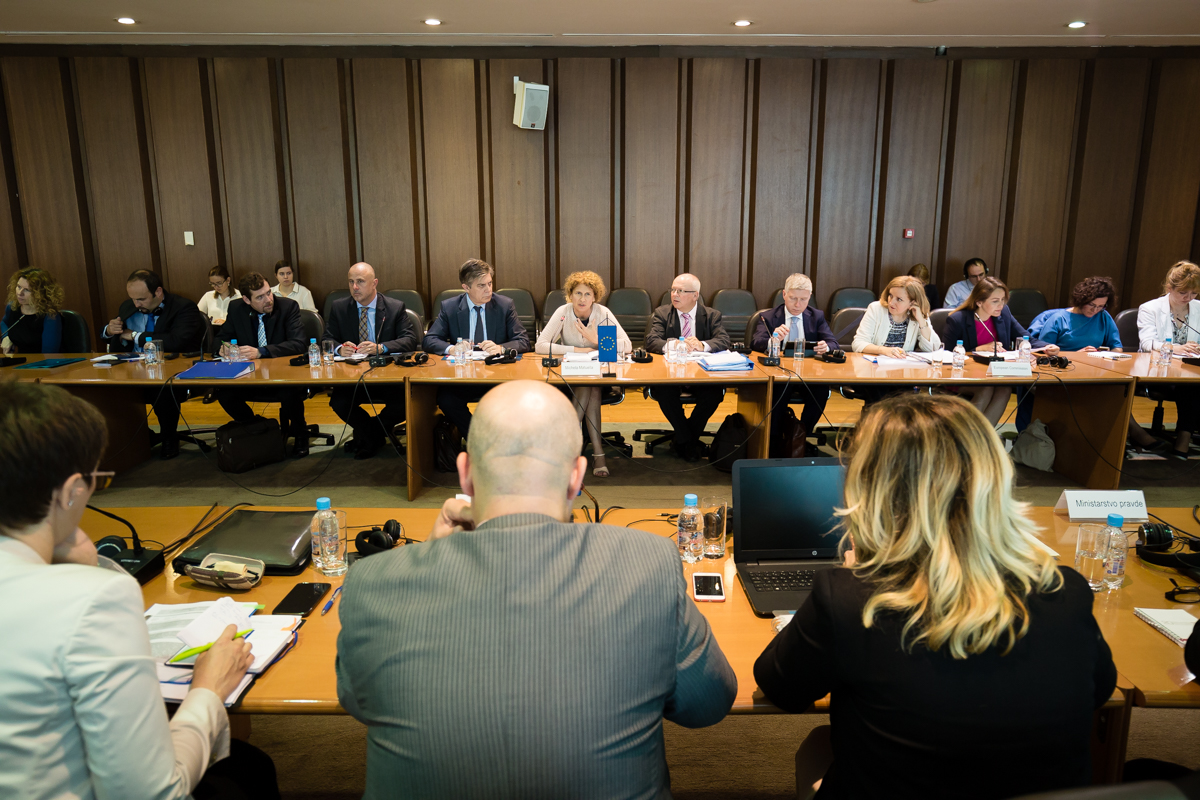 The meeting provided the opportunity to take stock of progress made by Bosnia and Herzegovina in the European integration process, identify gaps and discuss the way forward. Topics covered the political criteria, including rule of law, public administration reform, and human rights as well as the economic criteria with particular focus on the Reform Agenda. The Committee discussed also various issues related to the implementation of the Stabilisation and Association Agreement (SAA), such as trade, economic development, agriculture and fisheries, industry, internal market, information society, social policy, connectivity in the area of transport and energy as well as environment and climate action. The EU delegation recalled the main findings and recommendations of the Commission’s 2016 Report on Bosnia and Herzegovina and welcomed the commitment by the authorities of the country to further pursue the Reform Agenda.

In particular, the EU welcomed the signature in December 2016 of the protocol for the technical adaptation of the SAA, to take into account its bilateral trade with Croatia. It commended the work done so far on establishing a coordination mechanism on EU matters and stressed the importance of its effective implementation. The EU delegation also expressed its expectation to receive a single set of coordinated answers to the Questionnaire in the framework of the Commission’s Opinion preparation process.

The EU delegation insisted on the need for countrywide, politically supported and financially sustainable strategic frameworks in areas such as public administration reform, public financial management, employment, energy and agriculture. The adoption of these strategies by Bosnia and Herzegovina would enable the country to further benefit from the extensive financial support available from the EU. The EU delegation congratulated Bosnia and Herzegovina for the recent adoption of the long awaited Environment Approximation Strategy.

The EU delegation encouraged Bosnia and Herzegovina to accelerate the realisation and effective implementation of the connectivity reform measures, including an agreement on joint railway border crossings with Croatia, also in view of the preparations of the Trieste Western Balkans Summit in July 2017.

The meeting confirmed the EU and Bosnia and Herzegovina’s strong commitment to the country’s European integration process.