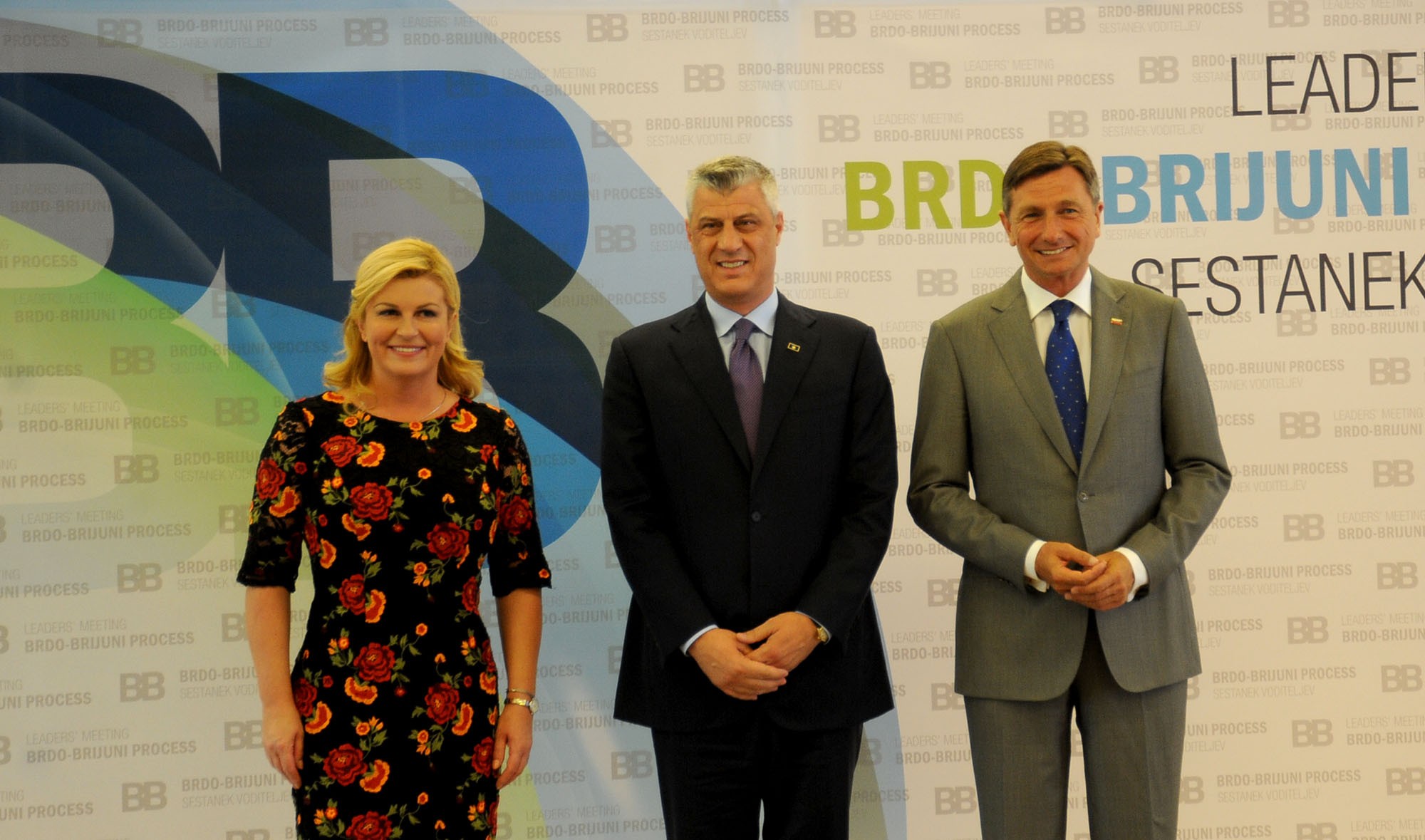 Thaçi expressed his gratitude for the organization of this summit, “at this critical moment for the region”, but also the time when “the ideas of Euro-Atlantic orientation are triumphing”.

“It is true that, at first glance, the Balkan region appears to be troubled. Political crises have been seen in all the countries of the region. But, at the same time, we have seen the beginning of the solving of these crises … The important thing is that in all these processes, the pro-Western, pro-NATO and pro-EU orientation options are emerging triumphant. In this I see a new momentum in the region, of political stabilization and especially of the confirmation of the Euro-Atlantic orientation of the region”, said Thaçi.

He said that it is essential that the request of the Balkan for rapprochement with NATO and the EU receives concrete, positive responses from Brussels.

“More specifically, we seek strategic dialogue with Brussels. Brussels should look at the countries of the Western Balkans from the geo-strategic prism”, stressed Thaçi.

He further said that the Balkan countries must meet the criteria required to either enter NATO or enter the European Union.

“In this respect we do not seek favors from the EU”, said Thaçi.

In his speech, Thaçi said that “we seek vision and leadership in Brussels, for the future of the region, for the cooperation of the Balkans with the EU, for the place of the Balkans in the EU”.

Speaking further about various ideas being promoted for co-operation among Balkan countries, Thaçi said that the Balkans region already has a framework for cooperation.

“It is a concern that these ideas do not seem to have the goal of encouraging regional cooperation but are an indicator of the lack of vision and leadership in the EU”, he added.

“The idea, like the one of CORE NETWORK, the network of highways that will connect the Balkan capitals, are concrete steps that create conditions for the rapprochement of the people, better communication, better economic exchange and cooperation”, he added.

This year, special guest of the Brdo-Brione Summit was the President of the German Federation, Frank-Walter Steinmeier.

Nishani: Western Balkans should be high on EU agenda

Rama, Mogherini: Full support to go ahead with reform in justice system