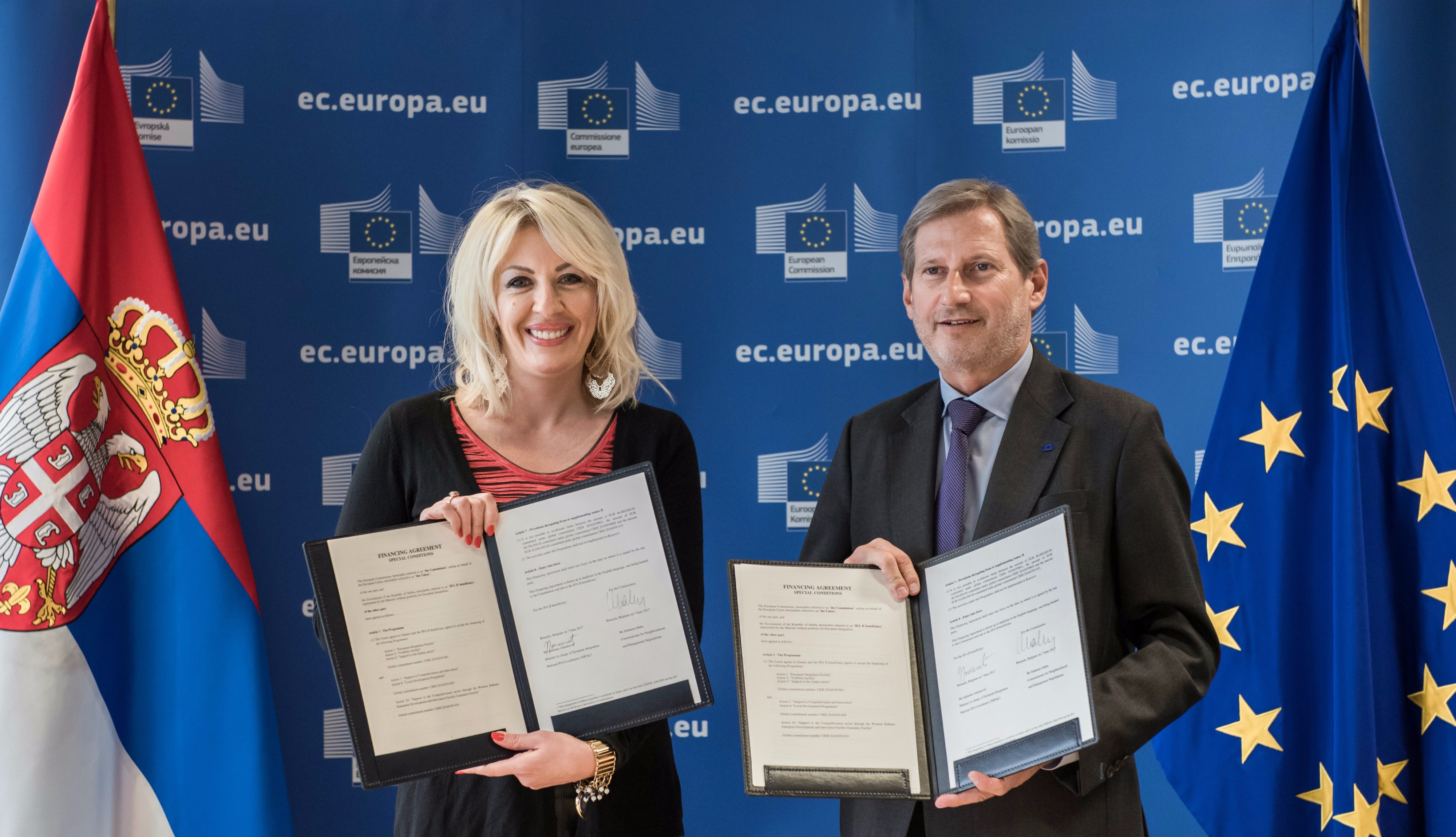 These agreements shall secure grant support from IPA 2016, totalling €166.4 million.

Joksimović, who signed the agreement in the capacity of national IPA coordinator, specified that the value of the agreement signed today amounts to €96,188,000.

She explained that the agreement will contribute to raising the competitiveness of the economy by supporting small and medium-sized enterprises (SMEs), improving local infrastructure development and improving the efficiency and transparency of the judicial system.

Joksimović stressed that the development of small and medium-sized enterprises and support to local governments and those who want to start their own business is something that people will feel directly at the local level and that will lead to local and regional development.

Joksimović and Hahn reiterated that the EU is absolutely the biggest donor and investor in Serbia and that in the last 15 years, more than €3 billion in grants have been given to our country for use in a transparent and efficient manner.

Hahn said that grants from the IPA funds will help Serbia get prepared for EU membership, and expressed hope that Serbia will enter the EU soon.