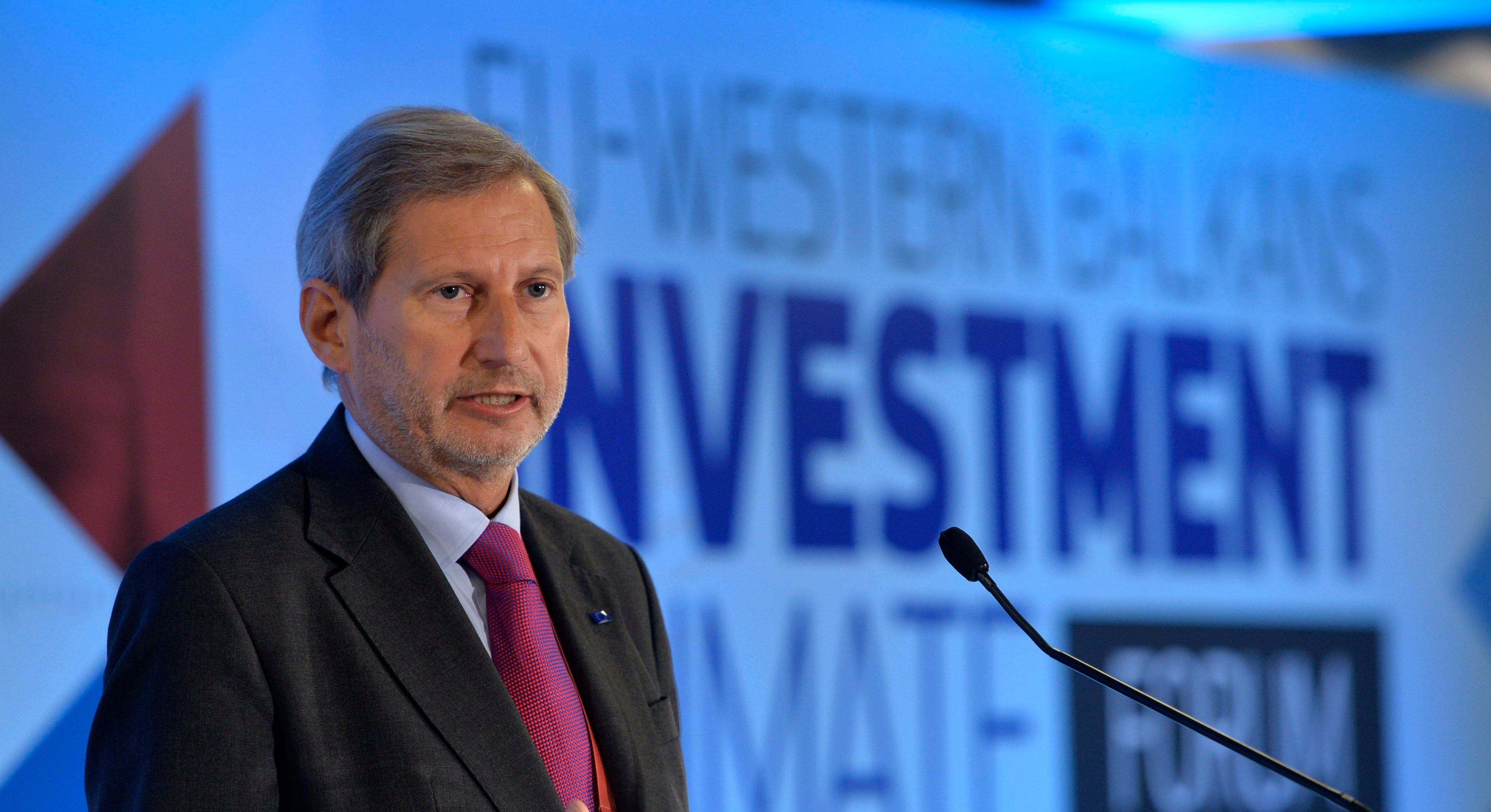 Johannes Hahn speaking at the conference “Towards a better investment climate in the Western Balkans” in Belgrade; Photo: Tanjug/Rade Prelić

European Commissioner of European Neighbourhood Policy and Enlargement Negotiations Johannes Hahn is in an official visit to Serbia. Speaking at the conference “Towards a better investment climate in the Western Balkans” organized by the European Commission in Belgrade, he sad that building bridges and connecting territories will make a profound contribution to developing good neighbourly relations and further promoting peace and reconciliation, in addition to bringing economic benefits.

He said that the forum is very timely – “we are just one month away from the 4th annual Western Balkans Summit in Trieste, in which we will promote further regional economic integration. And just two weeks ago, both EU and enlargement country finance Ministers agreed on a number of concrete economic policy recommendations,” Hahn explained.

Hahn added that the EU’s focus on the Western Balkans sends a clear political message, that the EU is committed to the enlargement process and that they are working very closely on key areas for growth.

“The desire to be part of the European family is a shared one. And we walk that path togetherm”, he noted.

“One important investment we are pursuing involves physically connecting the region with the rest of Europe, what we call our ‘Connectivity Agenda’. We have allocated 1.3 billion Euro worth of grants and aim to leverage up to 13.5 billion Euro of investments from the public and private sector in key energy, environment and transport investments by 2020,” he said.

“The rule of law and economic development are two sides of the same coin. It is thanks to the democratic values, fundamental rights and principles that the EU is based on that the EU recovered so swiftly from the financial crisis, with unemployment currently at an 8-year low; we create political stability, a fundamental prerequisite for economic growth,” Hahn added.

He pointed out that the informal economy in particular is a concern across the region, that it reduces tax revenues, leads to unfair competition and negatively affects workers’ skills as well as the quality of jobs.

He said that strengthening the rule of law is crucial to improve the business and investment climate across the region.

“This means strong and independent institutions, the enforcement of legislation and modernised public administrations, which deliver services and not bills to businesses. This is how the enlargement process benefits your economies today already: well in advance of actual accession,” he explained.

He concluded that the Western Balkan regional economic area, which should upgrade the current CEFTA free trade agreement is an important milestone for preparation of EU accession, not an alternative to accession.