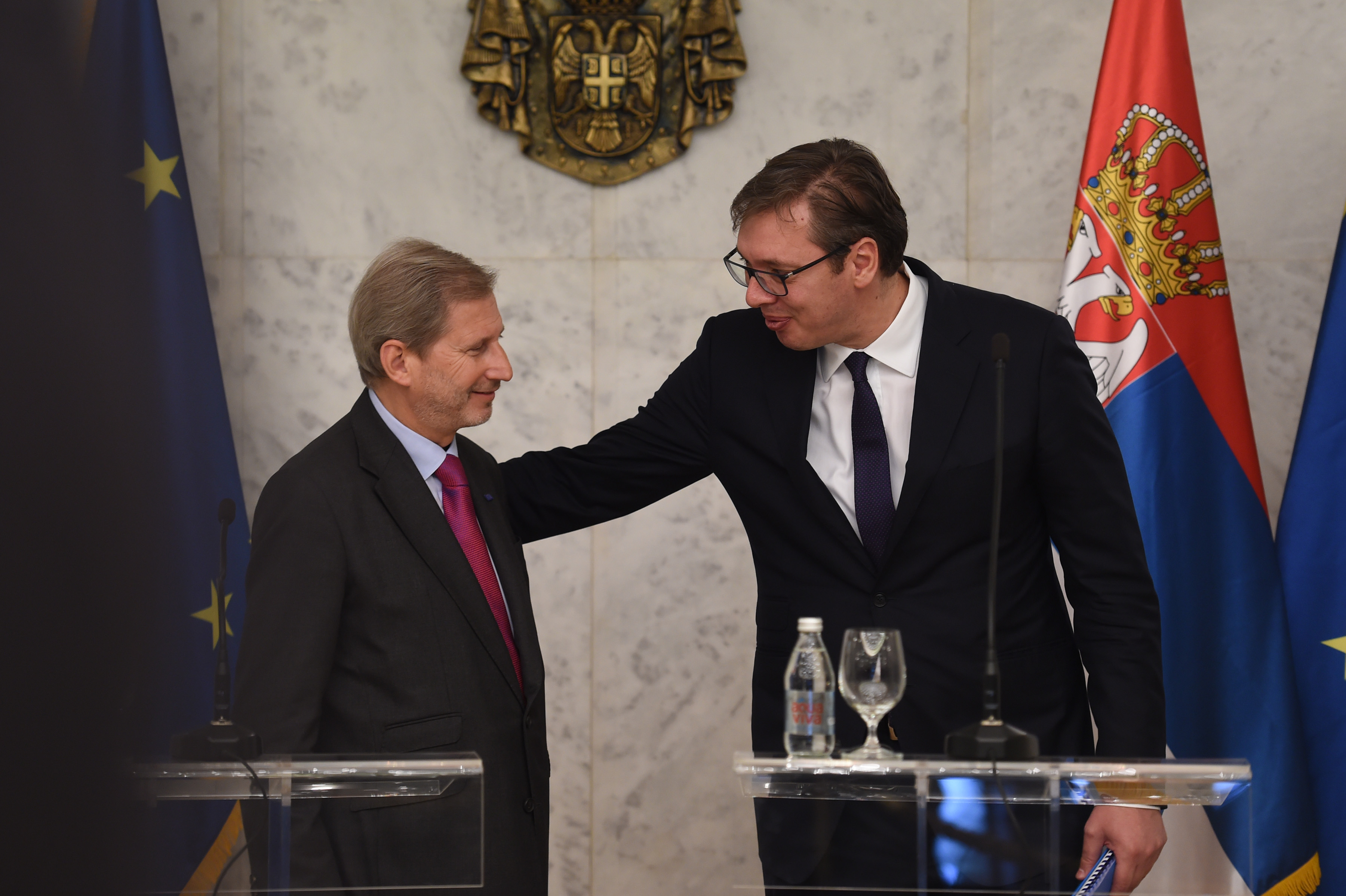 BELGRADE – Serbian President Aleksandar Vučić on Thursday thanked EU Enlargement Commissioner Johannes Hahn for his commitment to the enlargement process, Tanjug reports.
People in Serbia need to know that the EU is the biggest investor and the biggest employer in the country, and that 67 pct of Serbian exports go to EU member states, Vučić said at a joint press conference after a meeting with Hahn, which he said had been good and fruitful.

“Not only professionally, but also personally, Johannes Hahn is very committed to the enlargement process, and that is not just about enlargement, but also about ways of helping countries in that process,” Vučić said.

Expressing sincere gratitude for all forms of EU support, Vučić said people in Serbia needed to know it was not only financial aid and donations, but also assistance in know-how.

Central Committee of VMRO-DPMNE: Party will defend national interests at any cost