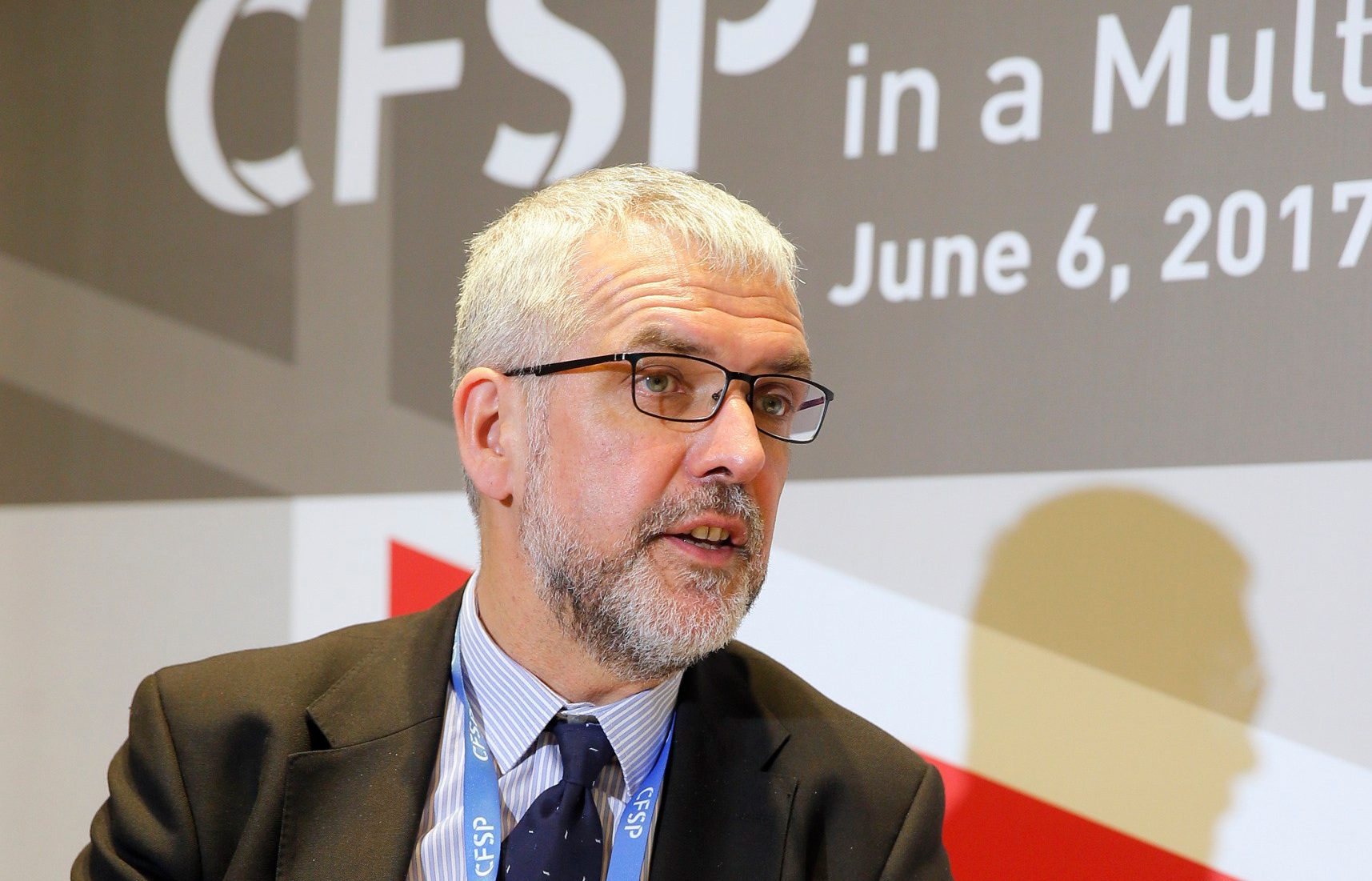 On the margins of the conference titled “Deepening of the EU’s Security and Defence Cooperation in a Multi-Speed Europe” organized by the ISAC Fund in Belgrade, we spoke to Jiří Schneider, Executive Director of the Aspen Institute Central Europe. Schneider served as Czech Ambassador to Israel and First Deputy Foreign Minister of the Czech Republic.

Jiří Schneider: I think the key security challenge is the time. It takes longer than we expected to integrate the Western Balkans into European structures. There are two reasons for it. One is that Europe was diving into its own problems which I consider as the big mistake that the current term of European Commission declared openly that it is not going to be any enlargement. I consider enlargement as a one of the biggest incentives to put down the security risk and build institutions in the Western Balkans. Secondly, there are internal reasons in the Western Balkans and not all developments in the countries are going as fast as we thought. These are soft risks and I do not see any kind of big security risk which we could identify, but this staying in place and not moving ahead creates a fertile ground for even small things which can actually make hurdles on the progress of the countries.

EWB: Montenegro just joined NATO, so what do you think – how Montenegro’s membership in NATO will affect the security in the Western Balkans and how it will affect the picture of NATO in the eyes of the neighbouring countries, especially of the Serbia, Bosnia and Herzegovina and Kosovo?

JS: As opposed to European track, NATO still keeps the doors open. It should not be perceived that Montenegro is a perfect county, and even current members, as my country, are not perfect countries. It is an incentive– if you work on some goal and if you want to achieve that it is possible to achieve it, and to become a part of a broader structure. The best solution for Balkans is to become a part of a broader structure, because the fragmented Western Balkans is not sustainable, it is just the call for any new crisis in future. There should be a kind of umbrella under which there is necessary to develop a cooperation among the individual states.

I just wanted to make clear that from the beginning – Russian influence is not bad per se, it could be positive, but it is not. It is a matter of concern if Russian influence means strengthening the way of doing business which is non-transparent and it is not according to the standards we would like to have. The standards such as equal opportunity, competition, no monopolizing and that there are no political strings attached to the business. I think these are the elements which actually help countries to use their potential and to open the opportunities for young people to enter the market and to make fortune on the market. These shadow practices are dangerous and this is a very soft thing since I am not speaking about the security influence which is even more dangerous if the Russian influence means influencing the political process.

JS: It is always a balancing act and it should be stated openly that we have our own problem with the freedom of media in the member countries of the EU. On the other hand, we should not be hypocritical and only for the sake of stability not to mention that there is something wrong in these areas like rule of law, independent judiciary or independent media. We should not stand idle on these issues because it is a detrimental to our long-term interest. We believe that the long-term stability could be achieved only through transparent rules in these areas, not through the authoritarian tendencies. We are witnessing authoritarian tendencies being popular among the EU politicians. We see very strong authoritarian tendencies in Turkey, and we see that there is a kind of admiration there and authoritarian mode of operating brings a short-term stability and it can provide a certain stability, which is a myth and it is a very short-sighted. You should understand that it is always a balancing act.

You would not achieve anything if you would as the EU politician go to a candidate country and just all the time pointed out what is wrong, it would not work. It is a diplomacy in a real world, which is not always ideal. On the other hand, this is not just the EU diplomacy and politicians, there is also a media in these countries who are raising interest in the situation in these areas in the Western Balkans, as well as civil society organisations who are active and trying to help in this area. I would not reduce the EU approach on what the EU officials are saying. You should probably give them more voice to raise their concerns and to talk about how they see the situation here.

JS: First of all, I think by contributing to concrete activities, for example – civilian mission of the EU. It is a two-way street. By contributing you raise your voice inside and you can shape the policy of which you are participant. On the other hand, you are able to shape the situation in the target countries where the missions are sent which gives a sense of satisfaction to your people and the security in defence apparatus. If they are part of something which makes sense e.g. stability missions, they can use their expertise and they can be more self-confident. It raises the voice of the country through this contribution. It is our lesson from our pre-accession period. We are not members of the EU but we were trying to take part in what we considered as important and where we had some capabilities. Definitely, this is not a close shop and Serbia has a lot to offer. This is just about managing things properly.

EWB: You also served as First Deputy Foreign Minister of Czech Republic few years ago. Do you think, as someone who has the experience in working for Ministry, that it is possible for Serbia to remain a neutral country?

JS: It is definitely possible and it is a sovereign right of the country to decide about the level of involvement with other national partners and it is definitely decision which is made by the country itself. It is illusion which every diplomat knows – you cannot do things alone. The constituency of the Yugoslav neutrality during the cold war was the only light movement. There is no such constituency these days. It is more complex now and it is not to say that if you are cooperating with the EU you are not cooperating with anyone else. This is not how the real world works.

On the other hand, I think it is only natural that you are trying to cooperate as much as possible with the countries which are most important for you, which are your neighbours and for Serbia this is Europe. It is only natural to become a part of the European cooperation, and it would be a futile to stay alone and try to do things on your own without those who are your natural partners.

Let’s use this framework as long as it is here. It is not for granted. The EU is not here to stay forever – it needs cultivation and will of member states to continue this kind of cooperation. Having our historical lessons and knowing how much blood has been shed in Europe when there was no cooperation, I think it is imperative for our countries to try to maintain this framework to maximise the potential of our cooperation.

Personally, I am still fascinated by the fact that within the EU they found way to cooperate and have the best ever relations with Germany. If you know what were the relations with Germany and pre-war Czechoslovakia, you would know what I am saying. We should appreciate that this provides us an unprecedented opportunity to focus on the positive aspects of cooperation and we should do our best to. It is not about doing a big declarations, it is about small steps in direction which is fostering the cooperation between the states between Europe.

MFA of Kosovo and Albania have functionalized the joint Secretariat