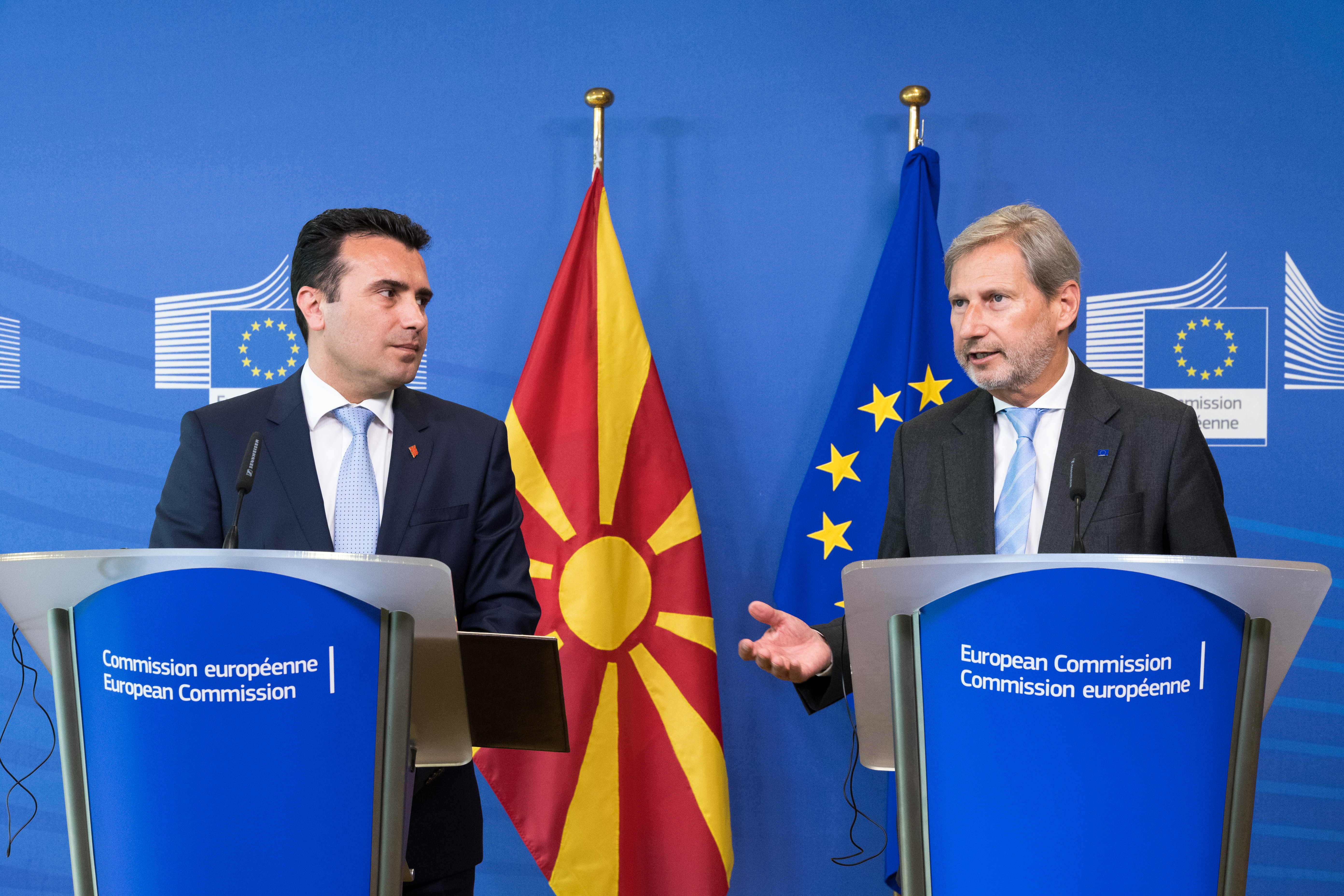 BRUSSELS – The forming of the new government is a positive development that reflects the democratic outcome of the elections in December, said EU Commissioner Johannes Hahn at the joint press conference in Brussels with Prime Minister Zoran Zaev, Meta reports.

-Macedonia has turned a new page after the political crisis which lasted too long. This is a new start but there is a lot of work ahead in order to carry out the reformatory priorities – said Hahn.

He stressed that he is encouraged by the positive developments that were presented to him by Prime Minister Zaev and that the European Union remains dedicated to providing assistance in the implementation of the reforms. Within the context of the help, Hahn has mentioned the arrival of Reinhardt Priebe and the experts’ team in Macedonia that will assist the country in carrying out the conclusions from Priebe’s report and the reforms.

Prime Minister Zaev stressed that during the meetings with the EU’s High Representatives they have agreed that it is more important than ever to have encouraging signals about the Euro-integrations.

-The EU membership is a key strategic goal for Macedonia. We have a goal to start the negotiations for an association as soon as possible – said Zaev and he also said that the process of waiting has lasted too long.

Zaev also stressed that the reforms in the judiciary will continue including the administration and the implementation of other proposals in order to remove the conditionality of the recommendation for starting the negotiations. He stressed that he will work on the improvement of the good neighborly relations because of which his first official visit shall be in the city of Sofia, where he will have talks with Prime Minister Boyko Borisov about ways of improving the situation.

When asked whether the Government has a capacity to deliver results for the European Commission until autumn in order for it to give a recommendation for the negotiations, Zaev said that even before the formation of the government they have sent messages for collaboration even to the opposition and the civil sector for a faster pace for receiving a starting date for the negotiations for an EU membership.

When the EU Commissary, Hahn was asked whether EU is ready to provide a solution for Chapters 23 and 24 which would be a sign for a real step forward, he said that what is necessary first is a positive report from the EC and an approval by the 27 member countries. He greeted the Prime Minister’s decision to visit the neighboring countries and to improve the relations with them.

-It is important to find a solution for the name dispute and how to move it forward. If there is a mutual trust and if good relations are built, we, as a European Commission, including me, I will mediate personally. We should make a progress with the solution of this problem – said Hahn, saying that if the negotiations are started with open-mindedness, then a solution can be found.
Regarding the statements by official Athens that it will not withdraw from its red lines, Hahn said that in the whole situation both sides mustn’t seek for winners and losers, but that both sides should make appeasements in order to find a solution.

When asked whether it will be acceptable for the European Commission to start negotiations with Macedonia under the temporary reference, Hahn said that a complete approval of all member countries will be needed in order for the negotiations to start.

In the end, Prime Minister Zaev stressed that Greece is a friend of Macedonia and that they are aware that official Athens can place blockades on each of the 35 chapters.

-If Macedonia provides a reason and is building good-neighborly relations with Athens, a better and more positive ambiance for talks will be created for talks- said Zaev.