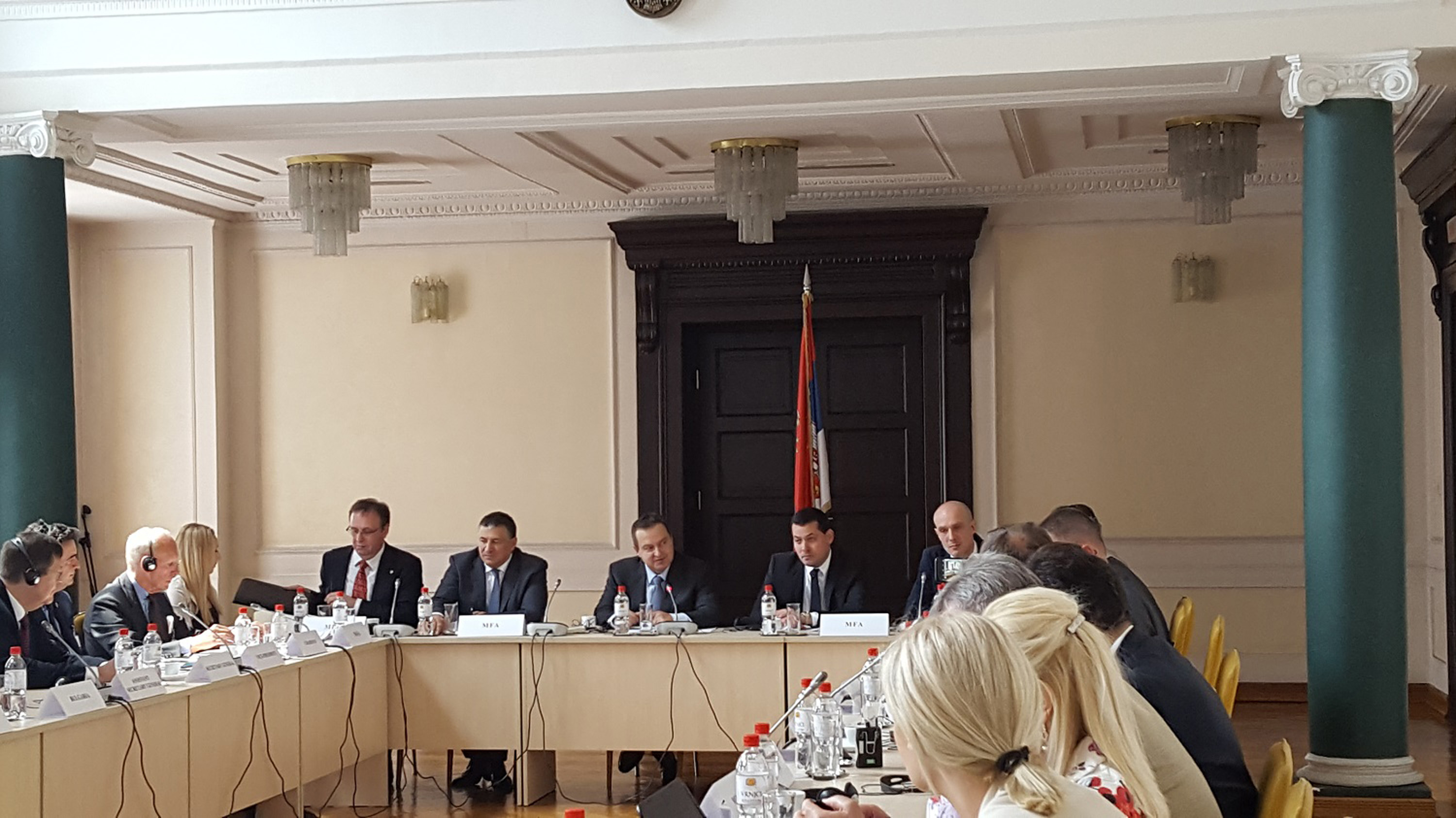 Dačić at the meeting with NATO Parliamentary Assembly delegation; Photo: Ministry of Foreign Affairs of Serbia

BELGRADE – Serbia is pursuing a policy of military neutrality and has no aspirations to join NATO or any other military alliance, Serbian Acting PM and FM Ivica Dačić told a delegation of the NATO Parliamentary Assembly Economics and Security Committee Tuesday, Tanjug reports.
Cooperation with NATO is successfully under way through the Partnership for Peace programme, he said.

Serbia maintains successful cooperation with KFOR and an unchanged KFOR presence in its southern province is very significant for maintaining security and for the survival of the Serb and other non-Albanian communities in Kosovo-Metohija, Dačić said.

He briefed the delegation on Serbia’s EU integration, regional cooperation and ties with Russia and China.

Op-ed: Why does Kosovo democracy fail to satisfy its citizens?

Colomina discussed cooperation with NATO in Belgrade and Sarajevo