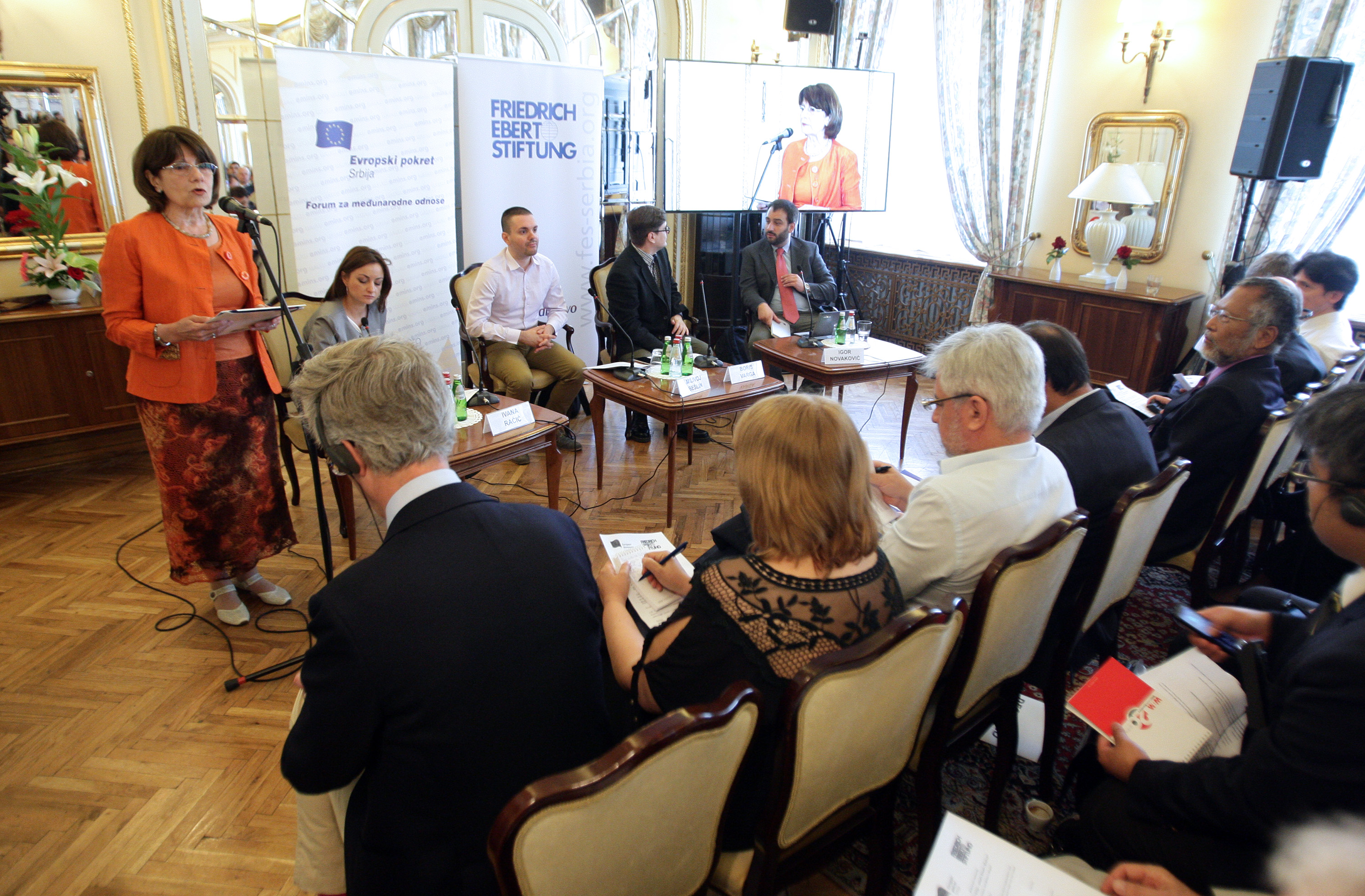 The Foreign policy of Serbia – between Brussels and Moscow; Photo: Tanjug/Sava Radovanovic

BELGRADE – Due to a serious standstill in EU enlargement in the Western Balkans, other interested actors have emerged and the EU will have to address seriously the issue of filling the political space here, said the participants of the forum “The Foreign policy of Serbia – between Brussels and Moscow.”
Due to increased tensions in the region as a result of an unclear enlargement perspective, the EU will work on boosting its visibility in this part of Europe in the period to come, it was said at the forum, organised by the European Movement in Serbia (EMinS) and the Friedrich Ebert Foundation.

“We can expect the EU or some of its most active member states to have a more active role,” Jelica Minic, president of the EMinS Forum for International Relations, told Tanjug.

Serbia’s ties with partners like the EU, Russia, China, Turkey and the UAE were also discussed.

How may Kosovo elections affect demarcation with Montenegro?

European Parliament resolution on the 2016 Commission Report on Montenegro